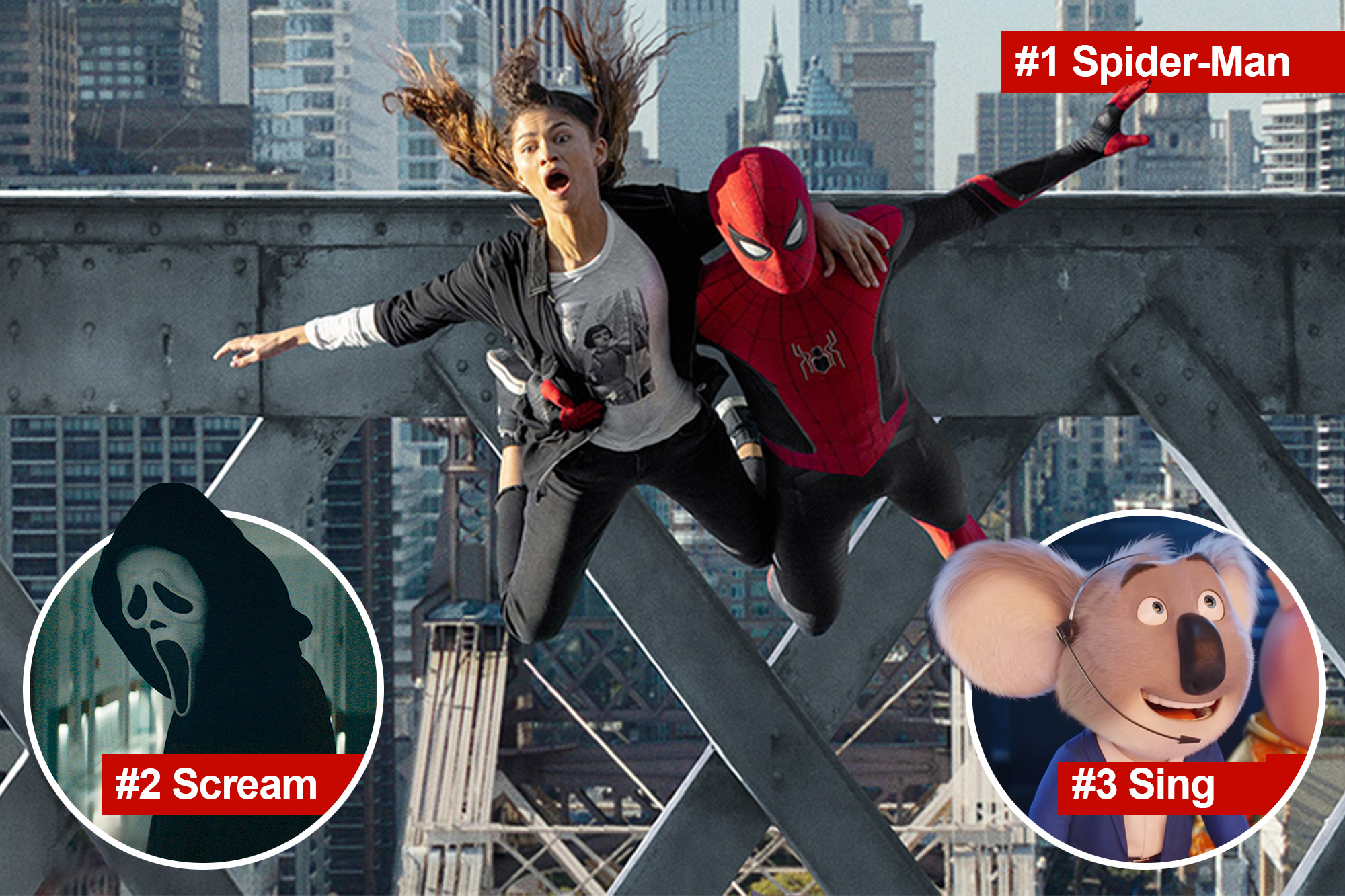 “Spider-Man: No Way Home” retook the top spot at the domestic box office, grossing $2.8 million on Friday — and $727.6 million cumulatively.

That pushed “Scream” back to the number two spot. The horror reboot grossed $2.1 million Friday and $56.8 million cumulatively, according to the IMDB’s Box Office Mojo database.

“Scream” is still catching moviegoers spooked with more than $2 million in ticket sales on Friday.Paramount Pictures via AP

“Sing 2” is trailing in third in box office ticket sales behind “Scream” and “Spider-Man: No Way Home”.Universal

‘SNL’s Biden tackles Russian disinformation as Willem Dafoe takes center stage
Raven Goodwin Amber Riley relate to ‘Single Black Female’ characters
We use cookies on our website to give you the most relevant experience by remembering your preferences and repeat visits. By clicking “Accept All”, you consent to the use of ALL the cookies. However, you may visit "Cookie Settings" to provide a controlled consent.
Cookie SettingsAccept All
Manage consent