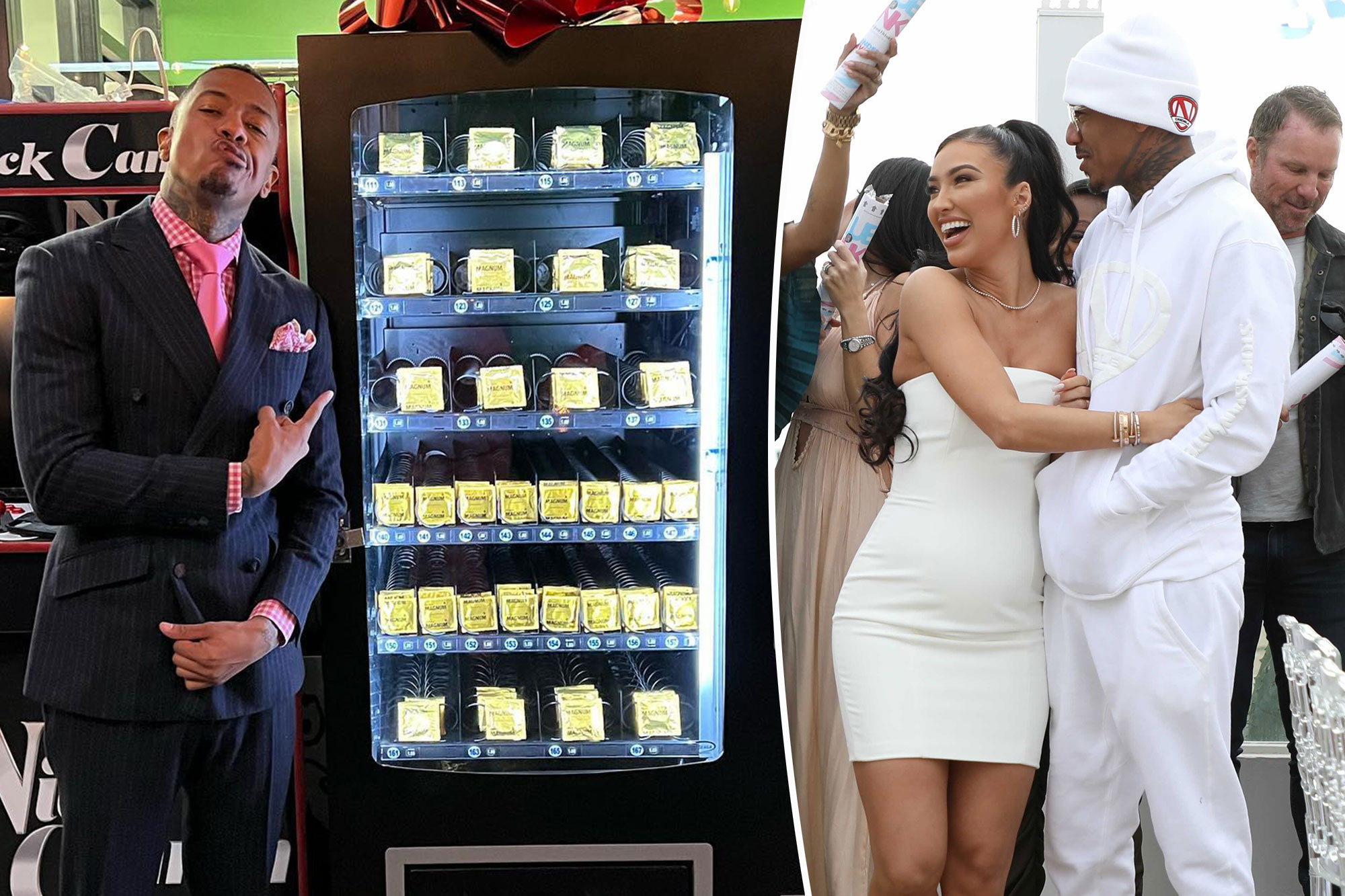 On Monday, the talk show host shared a photo of himself standing next to a vending machine stocked with condoms.

“Looks like somebody just sent me an early Valentine’s Day gift!! Vending Machine full of Magnums🤦🏾‍♂️❤️” he captioned the photo of himself pulling a funny face while standing next to the prophylactic dispenser.

The comedian, 41, recently announced that he is expecting his eighth child with Bre Tiesi, having revealed weeks before that his son Zen with model Alyssa Scott died from brain cancer at 5 months old.

The “Wild ‘N Out” comedian also recently divulged that his therapist advised him to become celibate after he shared the news that Tiesi was pregnant.

“That was the reason why I started my celibacy journey back then … I was [celibate] because I was dealing with [this],” before admitting that he felt like his life was “out of control” at the time.

Cannon started his celibacy journey after welcoming four children with three different women in under a year.

Nick Cannon with four of his kids, Moroccan, Monroe, Golden and Powerful.nickcannon/Instagram

Last June the “All That” alum welcomed Zen and twins Zion Mixolydian and Zillion Heir with Abby De La Rosa.

He previously said that he intentionally fathered his large brood during an interview for the Power 106 radio show.

“I don’t have no accident[s],” he said at the time. “Trust me, there’s a lot of people that I could’ve gotten pregnant that I didn’t.”

As for who gifted the unusual present, many people are convinced that comedian Kevin Hart is behind it.

“That was Kevin for sure 😂,” one fan wrote while another noted, “My guess is @kevinhart4real 😂😂😂.”

Kyle Cooke, Amanda Batula not watching ‘Summer House’ together
Hilary Duff and husband have date night with her ex Joel Madden and Nicole Richie
We use cookies on our website to give you the most relevant experience by remembering your preferences and repeat visits. By clicking “Accept All”, you consent to the use of ALL the cookies. However, you may visit "Cookie Settings" to provide a controlled consent.
Cookie SettingsAccept All
Manage consent