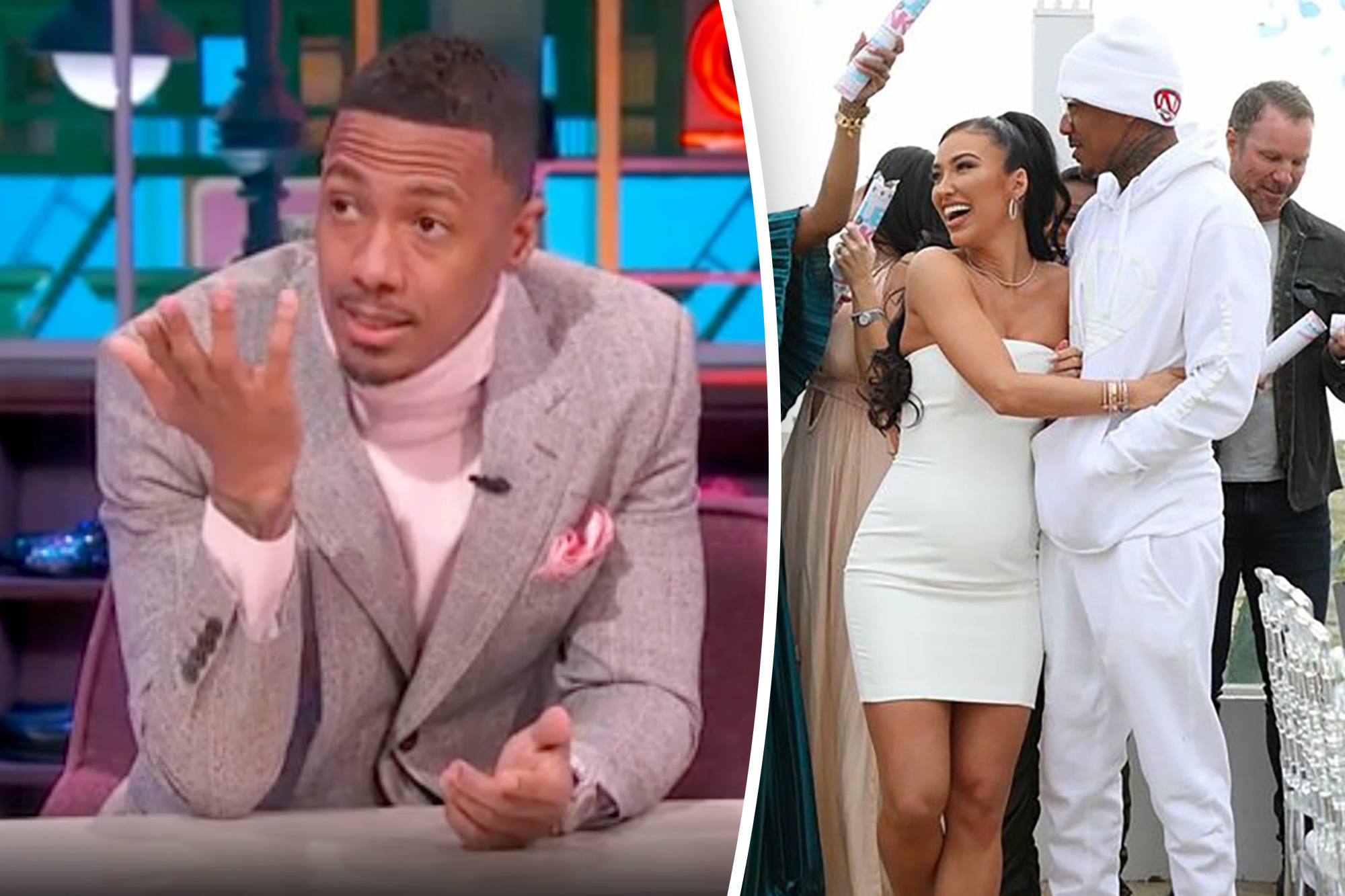 “I’m a responsible human being and I take full responsibility for everything,” the comedian, 41, said during his eponymous talk show on Thursday. “So I must say, I sincerely apologize to everyone involved.”

Cannon confirmed earlier this week that he fathered another child – this time with Johnny Manziel’s ex-wife, Bre Tiesi – after photos surfaced from their gender reveal party in Malibu, Calif., over the weekend.

The “Wild ’n Out” star admitted he was hesitant about sharing the baby news so shortly after he and ex Alyssa Scott lost their 5-month-old son Zen to brain cancer in December.

Nick Cannon apologized for any “pain” he’s caused amid news that Bre Tiesi is pregnant with his eighth child.bre_tiesi/Instagram

“This was always in the back of my mind, like, ‘What is the right time? How do I share this?’” Cannon explained Thursday. “I wanted to definitely respect the grieving process with [Alyssa], and Bre was respectful enough — she held off making our announcements and speaking on social media.”

Cannon confirmed earlier this week that he fathered another child. Nick Talk Productions

Cannon emphasized that the loss of his son and the announcement of his eighth child were “two completely separate moments” in his life, which he “misspoke” about while initially confirming the news.

He said Thursday that he promises to be “more understanding, caring and compassionate” moving forward.

Bre Tiesi showed off her baby bump in pics from her and Cannon’s gender reveal party.bre_tiesi/Instagram

“It felt like I was probably making some comparatives or probably discussing when talking about the passing of my son Zen, and then also talking about the new child that I’m expecting and I didn’t have to do that,” Cannon confessed.

“Grieving is a process and I’m still grieving each and every single day and myself and Alyssa, our family, we still deal with that. We lost a child and it was a sincere, and still is a sincere and real situation. And I love her. I love my son Zen and I always will. And I’m going to love my new child and I’m going to love every child.”

The model was previously married to NFL star Johnny Manziel.bre_tiesi/Instagram

Cannon also noted that it’s important for him to “always protect and respect” the privacy of the mothers of all his children.

“I just really want to be sincere, whether that’s someone who’s new or someone who’s had my child,” he shared. “I have such a great relationship and great admiration for everyone in my life.”