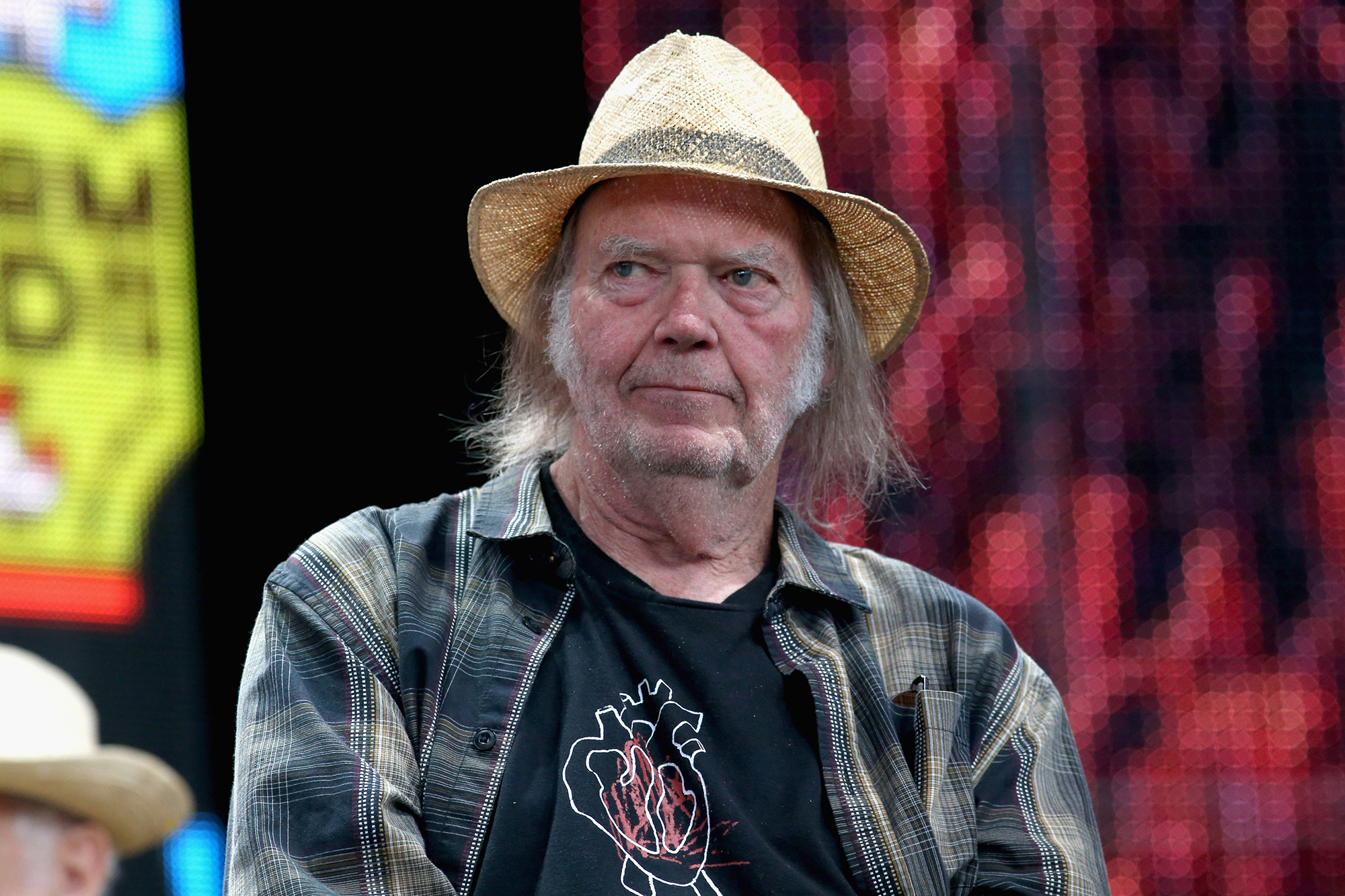 He won’t keep rockin’ in the free app with Rogan around.

Rock icon Neil Young has threatened to remove all his music from Spotify, accusing the platform of providing controversial podcaster Joe Rogan an outlet to spread COVID-19 vaccine “misinformation.” The Rock And Roll Hall Of Famer dropped the bombshell in a since-deleted letter to the management team and record label, Rolling Stone reported.

“I want you to let Spotify know immediately TODAY that I want all my music off their platform,” fumed the 76-year-old Grammy winner in the note. “I am doing this because Spotify is spreading fake information about vaccines – potentially causing death to those who believe the disinformation being spread by them.”

Young even threw in the ultimatum, “They can have Neil Young or Rogan. Not Both.”

“With an estimated 11 million listeners per episode, JRE, which is hosted exclusively on Spotify, is the world’s largest podcast and has tremendous influence,” the “Harvest Moon” singer added. “Spotify has a responsibility to mitigate the spread of misinformation on its platform, though the company presently has no misinformation policy.”

Rogan joined the audio app in 2020 in an estimated $100 million dollar deal.NBCU Photo Bank/NBCUniversal via

Young implored the Swedish audio streaming giant to “please act on this immediately today and keep me informed of the time schedule.”

The rock star isn’t the first to hold Spotify’s toes to the fire for hiring Joe Rogan, who joined the audio app in 2020 in an estimated $100 million dollar deal.

Last week, 270 experts penned an open letter addressed to Spotify, in which they condemned the top-rated show for “broadcasting misinformation, particularly regarding the COVID-19 pandemic.”

Epidemiologist Jessica Malaty Rivera, who helped launch the campaign, said she was inspired to act for tuning in to an episode featuring virologist Dr. Robert Malone.

During the episode, which has since been pulled from YouTube, Malone had made dubious assertions, including the claim that President Biden is suppressing research on ivermectin, which has not been recommended by the Food and Drug Administration as a treatment for COVID-19. He had also compared the current US public health climate to Nazi Germany.

Letter co-author Ben Rein, a neuroscientist at Stanford University, told Rolling Stone, “People who don’t have the scientific or medical background to recognize the things he’s saying are not true and are unable to distinguish fact from fiction are going to believe what [Malone is] saying, and this is the biggest podcast in the world. And that’s terrifying.”