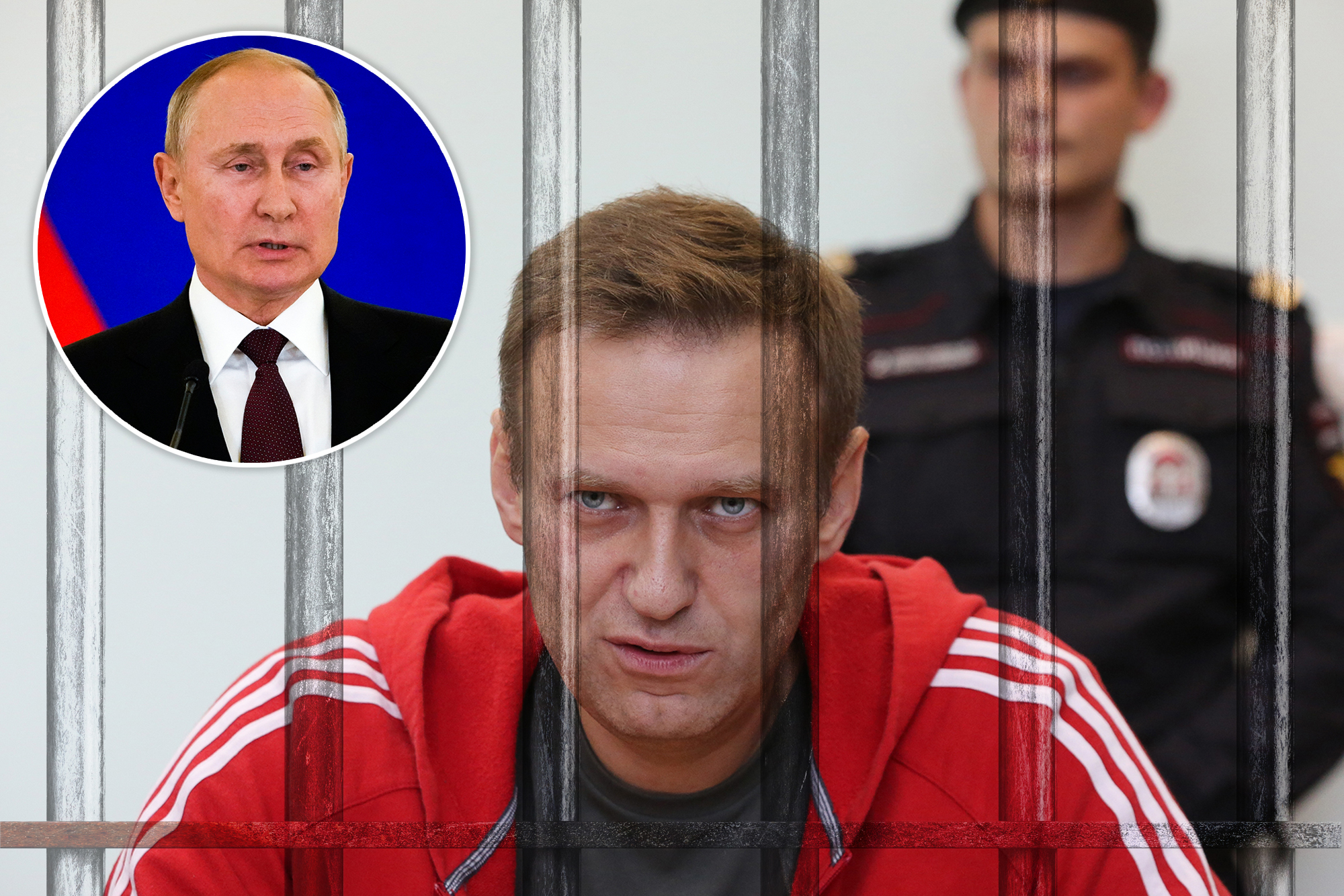 Called “Navalny,” it’s a no-holds-barred indictment of Russian President Vladimir Putin and the Kremlin, and insists that Navalny’s close brush with death was the result of a secret state-run operation to assassinate him.

“As I became more and more famous guy, I was totally sure that my life became safer and safer because I am kind of famous guy — and it will be problematic for them just to kill me,” Navalny, 45, says in the film. “I was very wrong.”

The doc, heading to HBO Max, was added at the last minute to the Sundance slate just as Putin had stationed more than 100,000 troops along the Ukrainian border. The day the film premiered, Russian authorities added the Kremlin critic, who has been jailed since February 2021 and sentenced to at least 3 ½ years, to a list of “terrorists and extremists.”

A spokesman for the US State Department said, “This latest designation represents a new low in Russia’s continuing crackdown on independent civil society.”

But it’s just another day in the life of a politician and social media star who has repeatedly dared to challenge authoritarian strongman Putin by advocating for a free press, transparent elections and more local autonomy.

Alexei Navalny and his wife, Yulia Navalnaya, in a German hospital.AP

Canadian director Daniel Roher began secretly making his documentary in November 2020, three months after the political rising star was dramatically removed from a flight from Siberia to Moscow after falling severely ill onboard. The plane made an emergency landing, Navalny was rushed to a hospital and was allowed no visitors.

Although it was apparent he had been poisoned, doctors at the Omsk Emergency Hospital said he was suffering from a “metabolic disorder.” And state-run media accused Navalny of taking hallucinogens and an “antidepressant from the US that’s illegal in Russia.”

His wife, Yulia Navalnaya, as popular online as her husband, wasn’t allowed in to see him because, security said, she was not wearing a mask during the pandemic.

“We demand the immediate release of Alexei because right now in this hospital there are more police and government agents than doctors,” she said in a video on social media.

“When I finally entered the ICU, his eyes were slightly open and he was convulsing and he was bending,” Yulia says in the doc. “I knew that these people were lying to me. I had to do everything I could to get him out of there.”

Putin relented and allowed Navalny to board a medical flight to Germany, where it was discovered he had been poisoned with Novichok, the very same deadly nerve agent the Russian government is accused of using on former spy Sergei Skirpal in 2018.

Navalny was secretly interviewed for the documentary beginning three months after he was poisoned. AP

When Navalny woke up and was informed of the discovery, he was incredulous.

“Come on? Poisoned? I don’t believe it,” he says in the doc. “Putin is supposed to be not so stupid to use this Novichok! If you want to kill someone, just shoot him. Jesus Christ!”

Navalny decided to keep his family in Germany for several months in a home in the Black Forest. There, he recovered and attempted to solve the crime with the help of Christo Grozev, an investigator with the data-sleuthing group Bellingcat.

The most jaw-dropping moment of the documentary comes after Grozev has tracked three men who work in the facility where Novichok is thought to be produced — Moscow’s Signal Scientific Center — and who had followed Navalny to Siberia. One by one, Navalny calls them pretending to be a fake government official asking why the murder operation went wrong.

“I have been wondering the same thing myself,” says one who we’re told is Konstantin Kudryavtsev. “The medics on the ground acted right away. They injected him with an antidote of some sort. So if they were in the air longer, things would have gone as planned.”

Kudryavtsev revealed that the poison was applied to Navalny’s blue underwear at a laundromat. Then, while he was in the hospital, the agent claims the Omsk police provided his team with Navalny’s belongings, so they could wipe off any remaining evidence of Novichok.

A haunted-looking Alexei Navalny pictured in a Russian prison 75 miles east of Moscow.AP

Navalny’s group, listening in on the conversation, stare wide-eyed in disbelief.

After the damning video was released in 2020, Kudryavtsev went missing and has yet to be found.

Navalny returned to Russia on Jan. 17, 2021, and was immediately detained at immigration in Moscow by police. He has been imprisoned since February for “violating probation” of a previous sentence that he claims was trumped up by the Kremlin. Video footage shows the dissident, who had a Hollywood leading-man look, totally bald and gaunt after going on a hunger strike

Before he returned to Russia, Navalny filmed a message for his followers in case a fate like this befell him.

“You’re not allowed to give up,” he says in the film. “If they decide to kill me, it means that we are incredibly strong.”