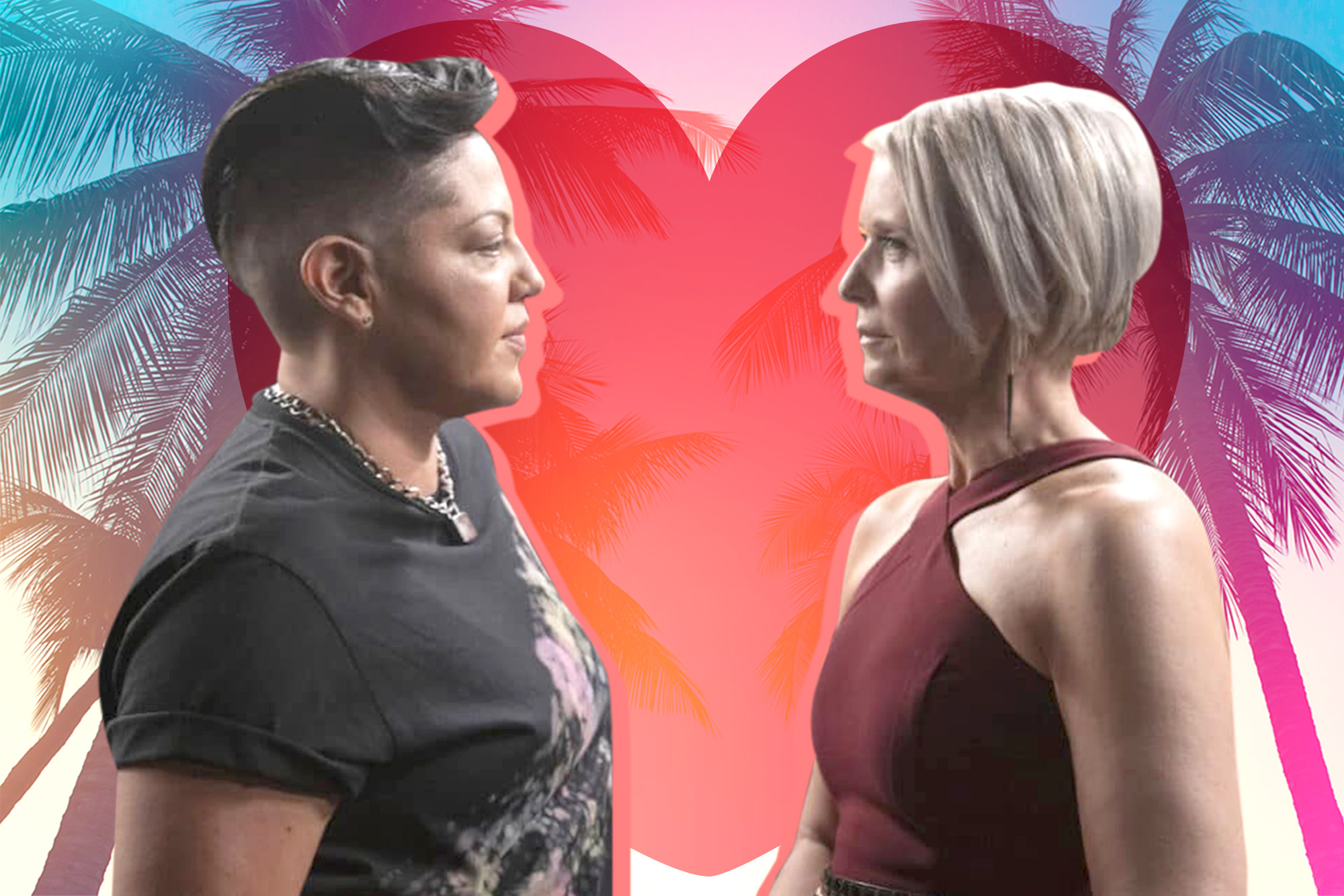 The Season 1 finale of “And Just Like That” takes a shocking turn when Miranda decides to leave New York City with the internet’s most hated character, Che Diaz.

In the episode, out Thursday on HBO Max, Miranda (Cynthia Nixon), goes to what she believes is a dinner to meet the family of her non-binary lover, Che. In reality, Che takes Miranda to a crowded nightclub and gets on the stage to sing a song. A confused Miranda stands in the crowd and says, “What is happening?”

It’s an unintentionally funny moment, since that’s the viewer’s reactions to most of Che’s antics.

Che Diaz (Sara Ramirez) loves the spotlight on “And just Like That,” to viewers’ dismay. Photograph by Craig Blankenhorn

Onstage, Che proclaims that this is their way of announcing to their “nearest and dearest” that they are going out to Los Angeles to make a pilot for a TV show. Miranda initially seems displeased that Che did not tell her this news privately, but Che tells her that they only just found out.

“You had time to put together a band and a song and practice,” Miranda points out, after Che’s performance, to which Che responds, “What can I say, I’m a f–king narcissist.”

Just when it seems like “And Just Like That” is finally recognizing that Che is an insufferable character and is getting rid of them, the tide turns: Che asks Miranda to come with them to LA, and Miranda agrees — even ditching out on a prestigious internship to do it.

“I’m going to be in LA with Che, I’m in love!” a smiling Miranda tells her skeptical pals. Carrie questions her choice but maintains that she is “not judging” and is happy for her.

Ever since “And Just Like That” premiered on Dec. 9, Che Diaz — a queer podcaster/comedian who is the first non-binary character in the “Sex and the City” universe — has become a character who has sparked outrage among viewers.

Che (Sara Ramirez, left) led Miranda (Cynthia Nixon) to explore her sexuality on “And Just Like That.”

Memes have sprung up online comparing Che showing up in any given location to scary moments from horror movies. Several creators of those memes told The Post that the reason Che gets so much hate is that they come across as inauthentic and insulting to real non-binary people.

“All of us had something to say about how annoying Che Diaz is in it,” writer Atif Riaz, who lives in Texas, told The Post, while viewer Mackenzie Oravec described Che’s stand-up comedy as seeming like an “AI generated monologue for a queer person.”

Ryan Bailey, podcast host of “So Bad It’s Good With Ryan Bailey,” told The Post that aside from Che coming across as “cringey,” their relationship with Miranda just seemed wrong.

“I feel horrible about Che and Miranda together,” he said. “We grew up liking Steve and Miranda! I’m all for sexual exploration, but I have a soft spot for Steve. I’m all for Miranda feeling alive again, but you root for people on these shows like on sports teams, and I’m kind of on Steve’s side.”

So, the Season 1 finale of “And Just Like That” seemed to realize that Che is not working as a character, and the solution was to ship them off to LA. But, not so fast. The show then swerved and tied Miranda’s story to Che’s. By doing this, it seems like Che could be here to stay, in the likely event the show is renewed.

Although a Season 2 has not officially been announced yet, Sarah Jessica Parker confirmed that she’s been talking to exec producer Michael Patrick King about it, saying, “There feels like there’s momentum.” But whether or not Che returns, there’s one key character who won’t. King told Variety, “I have no realistic expectation of Kim Cattrall ever appearing again.”

Carrie gets a new Mr. Big
HitPiece accused of selling Britney Spears NFTs without permission
We use cookies on our website to give you the most relevant experience by remembering your preferences and repeat visits. By clicking “Accept All”, you consent to the use of ALL the cookies. However, you may visit "Cookie Settings" to provide a controlled consent.
Cookie SettingsAccept All
Manage consent