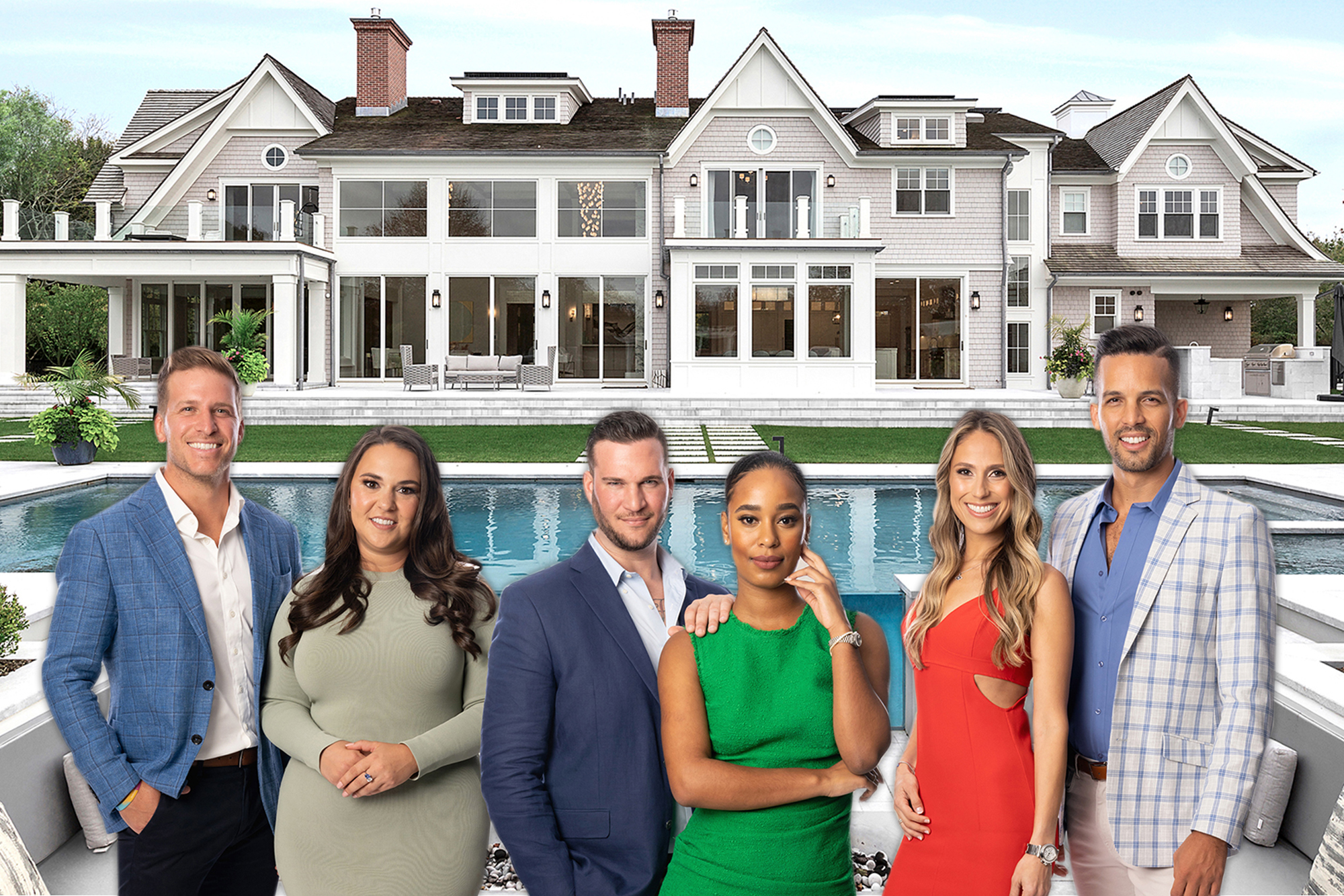 Everything is bigger in East Hampton.

The new Discovery+ series “Selling the Hamptons” introduces viewers to the hulking manses — and egos — that define the East End real estate market. The splashy show, which is available for streaming on Jan. 20, spotlights the area’s top agents, including Mia Calabrese, a former model; Bianca D’Alessio, the daughter of  a convicted fraudster; and J.B. Andreassi, a Hamptons native with serious swagger.

In this ultra-competitive world, jobs, reputations, and, of course, six-figure commissions are always on the line. As Calabrese intones in the show’s title sequence: “The Hamptons is a magical place — beautiful people, beautiful cars, beautiful homes and really good celebrity sightings. It is so chic. People will do whatever they have to do to get a deal done.”

Indeed, in the first episode, the cast of six genetically blessed Nest Seekers agents plans a VIP black tie party, replete with luxury vintage cars and fountains of champagne, to help sell a $7 million East Hampton “Glass House” on nearly two acres. At a $21 million Southampton house, developer Joe Ruperto warns the agents, “If you can’t sell this house, you will all be replaced.” Gulp.

Bravado is on display just as much as the fabled beaches. “I know the Hamptons probably 100 times better than my colleagues — I grew up in the Hamptons,” says Andreassi, a Dartmouth grad who boasts doing $75 million worth of real estate transactions in the past 18 months and gripes that the Hamptons is flooded with carpetbagging agents looking to make quick, and serious, bank.

“The market’s hot … There’s no cushion of a salary — it’s all commission. Commission is everything,” Andreassi says. Commission on the “Glass House,” which has yet to sell, could potentially net him $354,000. There’s no denying the market is booming: The median home price in the Hamptons was $1.4 million in the fourth quarter of 2020 — the highest on record and a 55% increase over 2019. But that figure nearly doubled to $2.4 million by the summer months of 2021, according to Douglas Elliman data.

“I’ve seen a $55 million property go $7 million over ask,” Andreassi told The Post of the current market. “It happens all the time, especially [in the] last 18 months.”

The pressure is on for the agents to sell this 10,000-square-foot “smart house” in East Hampton, dubbed “Glass House,” for $7 million with a splashy VIP, black-tie party to entice buyers. credit to discovery+

The stakes are high for Louboutin-loving agent Peggy Zabakolas, a self-styled “sniper” who recently landed her biggest listing ever — the $35 million 16,000-square foot “Duck Pond” Southampton house with a $1 million, 18-foot-wide-by-8-foot-tall outdoor hydraulic, retractable TV to enjoy poolside. “Every broker in the country wanted this listing – but I got it,” she says on the show, adding, “The Hamptons is the wild, wild east.”

But, that listing is also still on the market, and Zabakolas has lots of competition.

“Anyone I know will tell you, when they think of me, they think, ‘She has big d–k energy’ — that’s just who I am,” Calabrese, a self-styled “hustler who wants to make money,” says on the first episode. “I’m going to make as much money as I humanly can — I like shiny things too.”

The Chicago native started out modeling at 16, and later became a concierge for high-end nightclubs catering to Saudi princes and tech billionaires. These days, it’s the whims of Hamptonites keeping her busy. She was the broker for a “record breaking” $85,000, one-week rental this past summer, netting her a 10% commission. But it had a catch, she told The Post: “They asked me to staff the house.” The group of five demanded a staff of 40 — butlers, chefs, chauffeurs, nannies, housekeepers. “I didn’t say no, but that’s pretty crazy for a week.”

D’Alessio is also accustomed to the demands of the uber-wealthy, as she grew up among real estate royalty. “My whole life, I was taught that your name and reputation is everything,” she says on the show.

But the agent — who said she manages a real estate portfolio worth $10 billion — hasn’t always had it easy. Her real estate developer father, Michael D’Alessio, had a spectacular fall from grace in 2019 and pled guilty to a $58 million financial fraud that came with a six-year prison sentence. She was in the dark about his Ponzi scheme until his FBI arrest, which left her family “shattered.”

“For the first time in my life, I was very embarrassed, and I still am, of my name. And that’s really hard when you’re trying to build your reputation and brand,” D’Alessio told The Post.

“My story is a very big part of who I am,” she added. “I do have a relationship with my father still. It had a big impact on my life.”

Tiny Harris Raves About T.I.’s New Music
Amazon’s ‘The Lord of the Rings’ TV show gets title, trailer
We use cookies on our website to give you the most relevant experience by remembering your preferences and repeat visits. By clicking “Accept All”, you consent to the use of ALL the cookies. However, you may visit "Cookie Settings" to provide a controlled consent.
Cookie SettingsAccept All
Manage consent