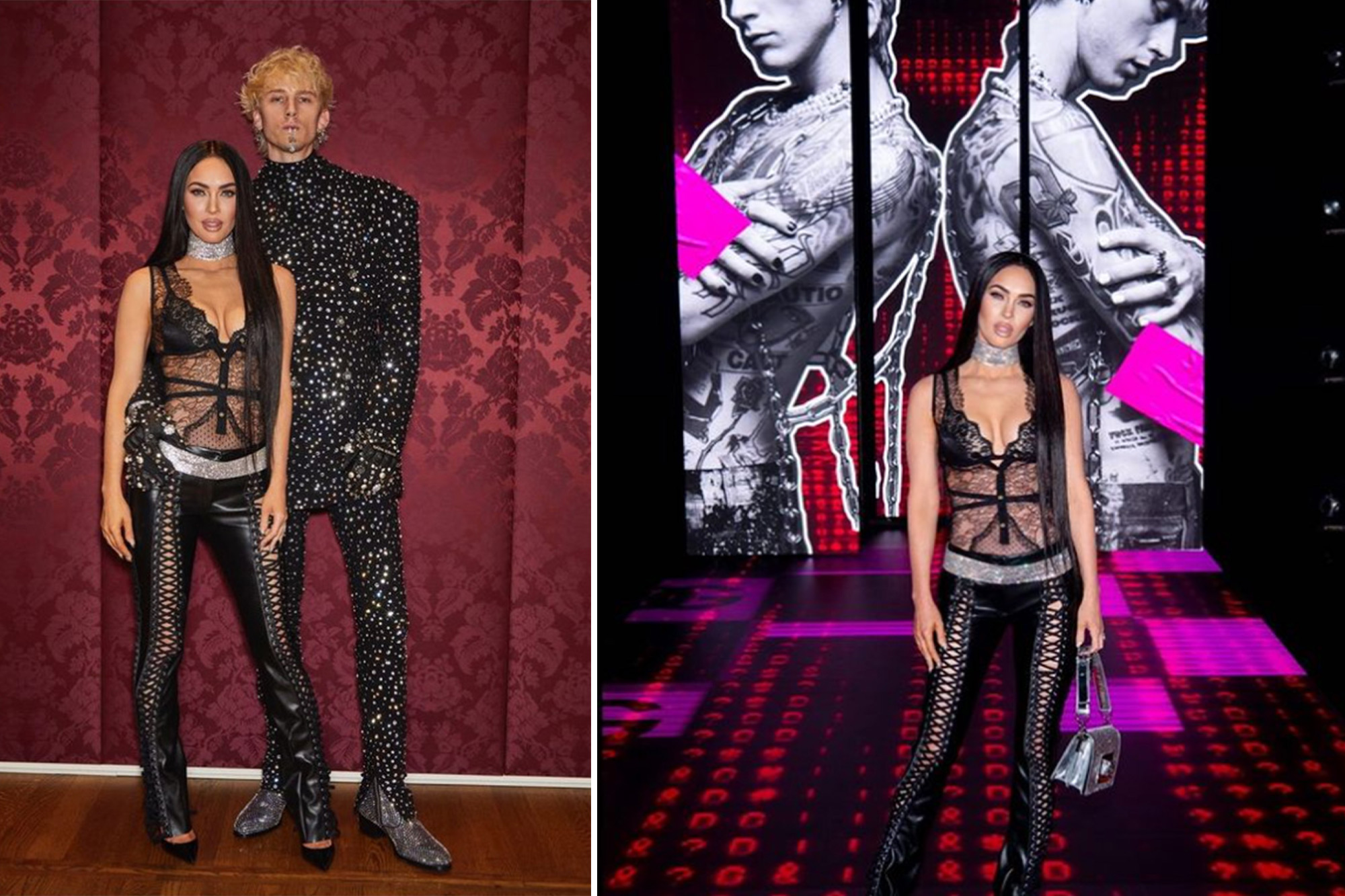 The edgy pair were all smiles as they posed for photos together at Dolce & Gabbana Men’s F/W23 fashion show in Milan, Italy, over the weekend.

MGK – who proposed to Fox at the Ritz-Carlton in Puerto Rico earlier this month – wore a black diamond-encrusted suit with a matching turtleneck.

Fox stunned in a black ensemble as she supported MGK, who walked in the fashion show. Instagram/@dolcegabbana

MGK (real name: Colson Baker) later opened the Dolce & Gabbana show with a musical performance, before walking the runway himself in a pearl-encrusted suit with studded detailing.

Earlier in the day, the lovebirds were spotted out and about in Milan, fresh off the happy news of their engagement. MGK switched up his monochrome looks for a bright pink sweater, which he paired with striped gray pants and silver jewelry.

The pair were also spotted out and about in Milan, rocking fashionable ‘fits.GC Images

For her part, Fox donned a black mini dress with sheer, mesh detailing, along with a black trench coat and black pumps that tied around her ankles.

Their outing came just a few days after Fox and MGK announced their engagement via social media.

“In July of 2020 we sat under this banyan tree,” Fox wrote in a lengthy caption. “We asked for magic. We were oblivious to the pain we would face together in such a short, frenetic period of time.”

She continued, “Somehow a year and a half later, having walked through hell together, and having laughed more than I ever imagined possible, he asked me to marry him. And just as in every lifetime before this one, and as in every lifetime that will follow it, I said yes … and then we drank each other’s blood.”

Hailey Baldwin Addresses That Viral Video Of Justin Bieber ‘Yelling’ At Her!
Gigi Hadid Admits She Feared She’d Be A Bad Mom!
Comment