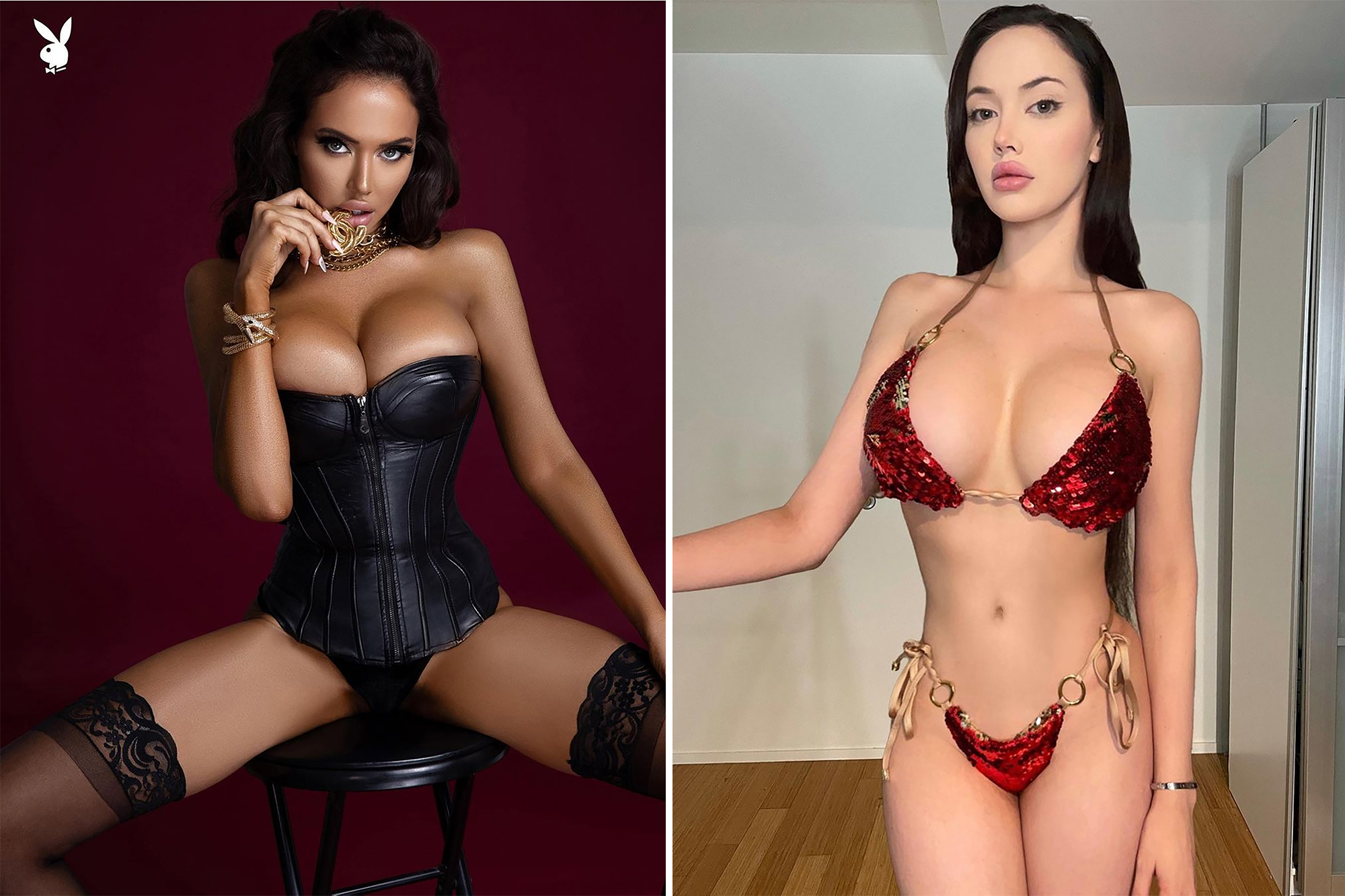 This Playboy playmate claims she’s so centerfold sexy, she can’t get a date.

A model might seem like they’d be fending off guys 24/7. However, Elizabeth Marie Chevalier reportedly finds it nearly impossible to find suitors — which she attributes to men being intimidated by her hotness.

“Dating is hard – guys are scared because I’m so beautiful,” Chevalier, a 27-year-old model who’s appeared in Maxim and Playboy, told Jam Press of her predicament. The bombshell claimed that she deters the fellas “because I’m tall – I’m 5-foot-10 – and I’m beautiful and I have a very intense personality.”

The San Diego resident finds this particularly unfortunate because she’s “actually very sweet and loving, so if they took the time to get to know me they would realize that.”

Unfortunately, the majority of Chevalier’s dates haven’t been able to see past her bikini.

“I’ve been on dates where guys just can’t speak to me,” said the smokeshow, who regularly posts smoldering swimsuit snaps for her 2.9 million Instagram followers. “The men that do chat me up are usually too cocky and self-obsessed; they clearly go for every pretty girl in the room.”

And while the hot social media star would “100% date a fan,” every guy she’s met through the ‘Gram has reportedly treated her “like a commodity,” she said.

It’s not just shallow males who judge Chevalier based on appearance: The influencer claimed that “jealous” women often assume that she will “steal their boyfriends” because of her looks.

Chevalier claimed that dates have treated her like a “commodity.”Jam Press/@marieechev

“I remember once being at a Halloween party and I was wearing a costume and I put my headdress down on a chair,” the flummoxed figure-flaunter recalled. “This guy came over and told me he had been sitting there and his girlfriend saw him speaking to me and completely freaked out.

“She started screaming in my face and I’m not a confrontational person at all, so I just ended up leaving,” Chevalier added.

Despite insisting that she’d never purloin someone’s paramour, the fear has nonetheless made it difficult for her to make female friends, Jam Press reported.

“Luckily, I have a very solid group of girlfriends that have known me for years who I can count on,” the glamour gal said.

As for what constitutes the ideal guy, Chevalier says she prefers a “strong but silent” fellow who’s tall, dark and handsome with green eyes.

The singleton also finds assertiveness attractive, claiming: “He [a prospective date] would just have to come up and say ‘Hello, beautiful — can I ask you on a date?’”

“I like a guy who is very forward and knows what he wants,” she added.

The influencer said other women fear she’s going to steal their men.Jam Press/@marieechev

Being swelteringly sexy might scare away the lads, but it isn’t without its perks, according to Chevalier.

The model reportedly joined OnlyFans in 2020, raking in $20,000 in just two weeks before leaving the site, according to Jam Press. She reportedly reopened her account this year.

Chevalier isn’t the only skinfluencer whose attractiveness has proven a handicap. In December, a German model claimed that she was uninvited from her friend’s wedding because she looked “too good” in her bridesmaid’s dress. Meanwhile, a TikTok mom was reportedly shamed by her fellow parents in October for getting gussied up in a glamorous outfit to take her son to a playground.

And an Instagram model was jettisoned from Tinder after the dating app reportedly mistook her salacious snaps for catfish bait.

Liza Minnelli recalls Judy Garland helping her with stage fright
Has ‘Impractical Jokers” Joe Gatto been cancelled?
We use cookies on our website to give you the most relevant experience by remembering your preferences and repeat visits. By clicking “Accept All”, you consent to the use of ALL the cookies. However, you may visit "Cookie Settings" to provide a controlled consent.
Cookie SettingsAccept All
Manage consent