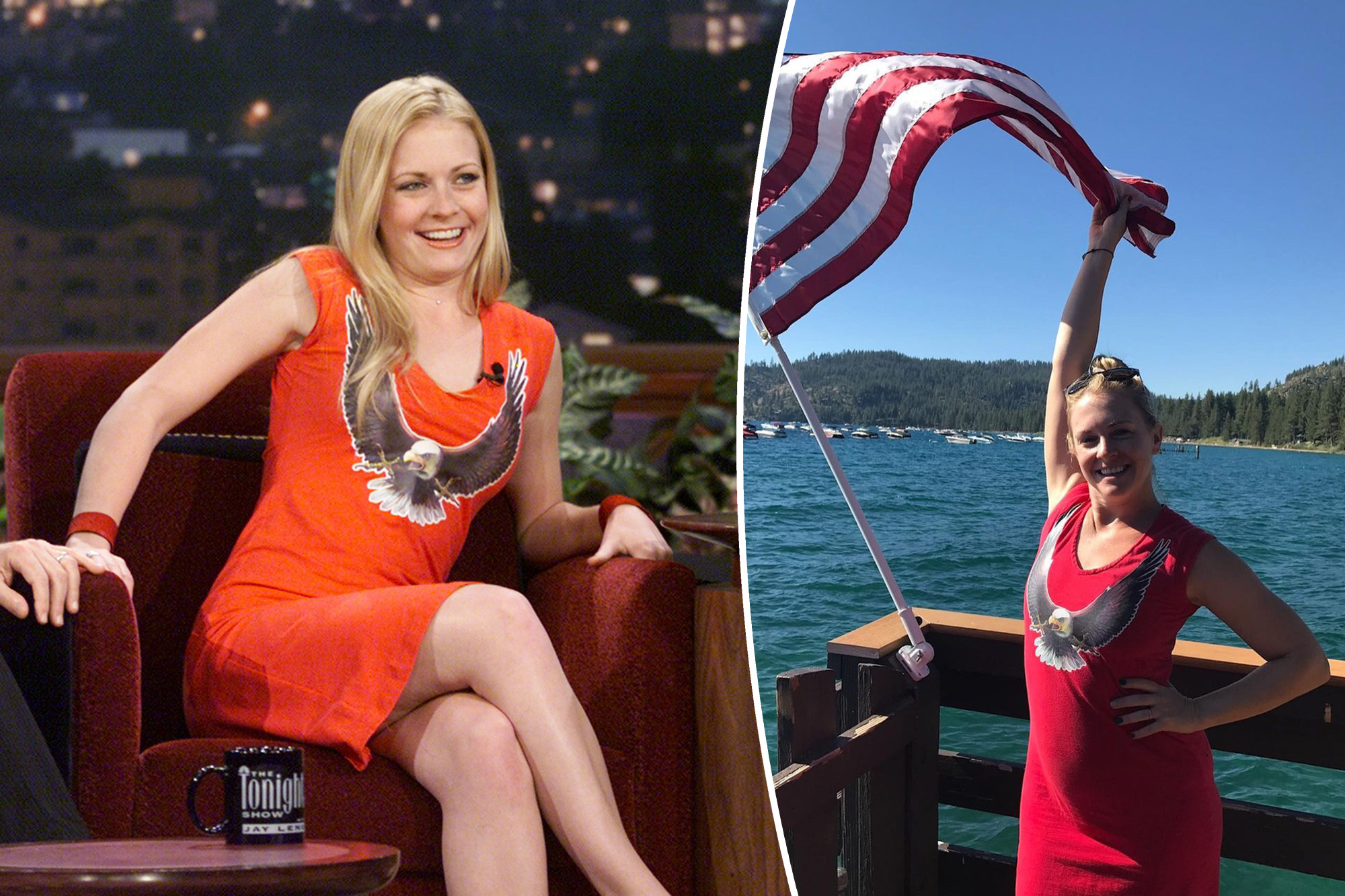 Melissa Joan Hart is explaining it all.

The ‘90s icon proved vintage is the way to go while celebrating the Fourth of July Monday, bringing back a familiar red eagle-emblazoned dress she first wore in 2000.

“The eagle dress has landed 🦅,” the “Sabrina the Teenage Witch” actress, 46, captioned a carousel of photos of herself in the patriotic style from over the years, before offering fans “a little history about the dress that has decorated my always changing shape for 21 years now.”

After buying the mid-thigh sleeveless look in 2000 in Melbourne, Australia, she debuted it on “The Tonight Show with Jay Leno” post-9/11, when she “only wore red, white and blue for the better part of a year.”

The eagle dress made its debut during an interview with Jay Leno on April 23, 2001.NBCU Photo Bank/NBCUniversal via

The peak early-aughts Americana dress then “became a July 4th staple in my Tahoe closet in about 2008,” Hart continued. “I have since worn it every year minus 2019 when I spent Independence Day on the east coast.”

Trends may come and go, but this timeless frock will always be appropriate for fireworks.

The “Sabrina the Teenage Witch” star described this as “some doctored up photo that never actually happened in my memory.” melissajoanhart/Instagram

The “Drive Me Crazy” actress also shared “some doctored up photo” showcasing her in the dress beside the incongruous pairing of Bryan Cranston and Hilary Duff, which she wrote “never actually happened in my memory.”

It’s the dress that keeps on giving. melissajoanhart/Instagram

Fans celebrated the triumphant return of the #EagleDress, commenting, “Ah there it is! #eagledress,” and, “I was waiting for this post. ❤️”

The “What Women Binge” podcast host celebrated Independence Day in Lake Tahoe again this year, sharing a helicopter video and a photo with friends in a green floral dress, as well as pictures in the now-infamous outfit.

Kris Jenner posts throwback bikini pic for friend’s birthday
‘RHODubai’ star will ‘never forget’ when Beyoncé wore her design
We use cookies on our website to give you the most relevant experience by remembering your preferences and repeat visits. By clicking “Accept All”, you consent to the use of ALL the cookies. However, you may visit "Cookie Settings" to provide a controlled consent.
Cookie SettingsAccept All
Manage consent