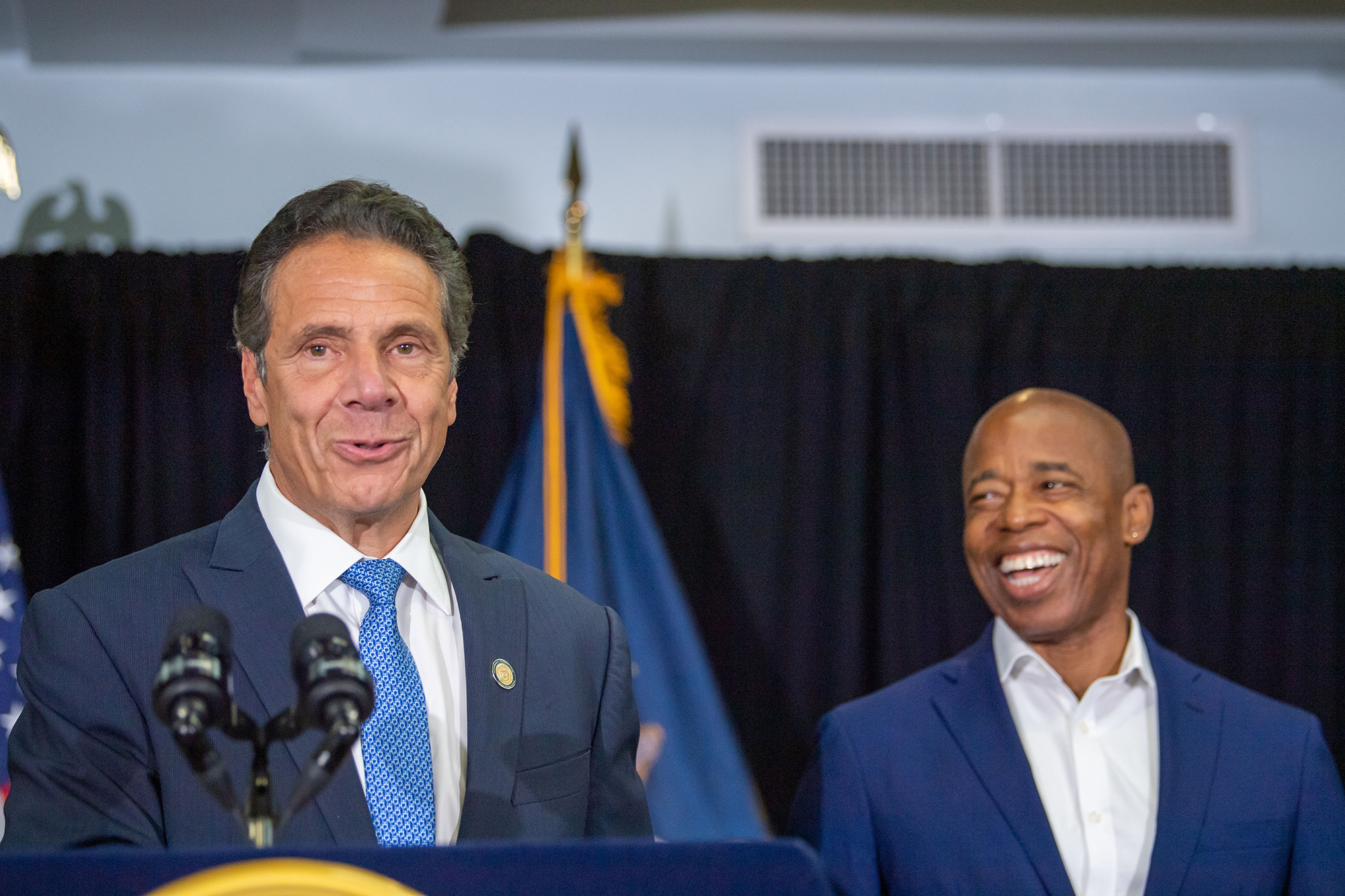 Mayor Eric Adams supped with Cuomo — who resigned in July after a damning sexual harassment report from the state Attorney General’s Office that had him facing impeachment — for about two hours at Midtown hotspot Osteria La Baia, sources told Page Six.

A restaurant onlooker said Cuomo was seen entering the eatery on West 52nd Street “in a dark suit and blue tie,” looking “clean-shaven.”

“He worked the room,” the source said, adding that he shook diners’ hands as he headed into a private room.

Another source said Cuomo was “greeted pretty warmly on the way in by people in the restaurant.” Adams entered wearing a suit and no tie, we hear.

Another insider said of the private meeting between the mayor and the ex-pol, “There were some policies, ideas that the governor wanted to discuss with the mayor,” and that the meeting was “set up very recently.”

A rep for Adams didn’t immediately return calls for comment, and a rep for Cuomo declined to comment.

During the meal, at least one of the parties ordered skate — which is apparently the restaurant’s specialty. Adams is reportedly a former diabetic-turned-vegan, so we’ll assume the order was Cuomo’s.

The dinner with Cuomo went down around 7 p.m., we hear. Adams had earlier attended a wake for slain NYPD Officer Wilbert Mora at St. Patrick’s Cathedral.

Adams has been known to frequent the Theater District restaurant: Last November, he had a three-hour meal at Osteria La Baia’s grand opening. He has also been known as a regular at upscale eateries around town including Nello, Fresco By Scotto and private hotspot Zero Bond.

Meanwhile, Cuomo has been keeping a very low profile after stepping down from office last year amid multiple sexual harassment allegations, which he denied.

The Post reported last summer that Cuomo had been holed up in the Hamptons after leaving the Executive Mansion in Albany.

A source said at the time, “Andrew is keeping a very low profile. He knows better than to go for a stroll around town, everybody would be horrified. He hasn’t been out to his usual restaurants, he has been spending time with close friends in their private homes.”

In late January, an upstate district attorney’s office dropped a criminal investigation of sexual harassment allegations against Cuomo, after an independent probe into Cuomo had found that he sexually harassed multiple women, in and out of state government.

A source told us, “There were some policies, ideas that the governor wanted to discuss with the mayor.”Shutterstock

Cuomo resigned last summer, ending a three-term run as Democratic governor of New York. He said in his resignation address of the allegations against him, “I’m a fighter and my instinct is to fight through this controversy because I truly believe it is politically motivated … I believe that it is unfair and it is untruthful and I believe it demonizes behavior that is unsustainable for society.”

And while he said he took “full responsibility” for his actions, Cuomo still claimed, “In my mind, I’ve never crossed the line with anyone … But I didn’t realize the extent to which the line has been redrawn.”