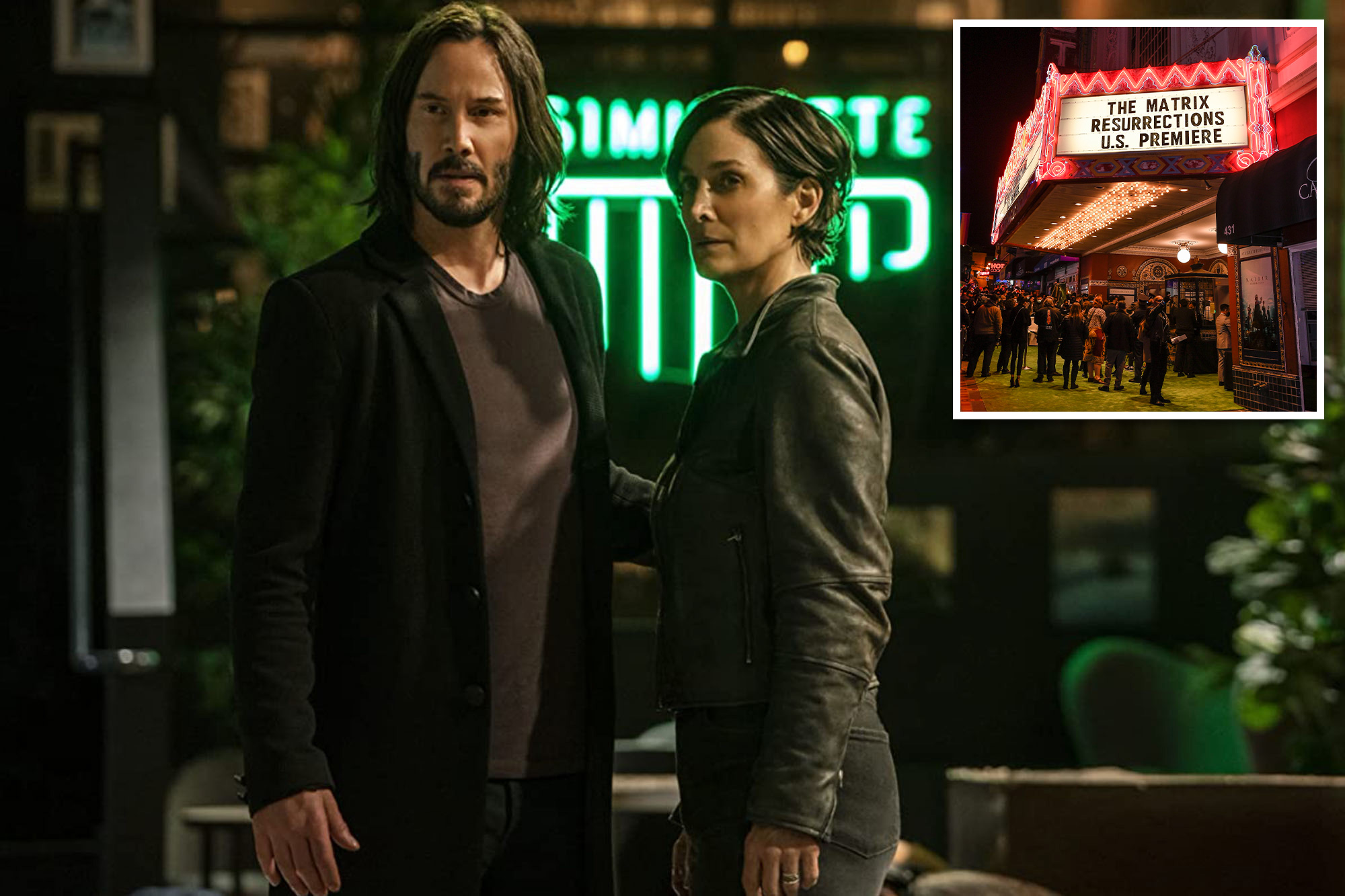 The production company has alleged that the film’s distributor breached contract when they decided on a dual-release, in theaters and to stream on HBO Max, according to a complaint that The Wall Street Journal reported was filed at the Los Angeles Superior Court Monday.

In fact, Warner Media ordered its entire 2021 roster to be released on their sister platform HBO Max, while moving up the release date for “The Matrix Resurrections” from its originally scheduled 2022 premiere to December 2021, attorneys for Village Roadshow claimed in the filing.

“WB’s sole purpose in moving the release date of ‘The Matrix Resurrections’ forward was to create a desperately needed wave of year-end HBO Max premium subscriptions from what it knew would be a blockbuster film, despite knowing full well that it would decimate the film’s box office revenue and deprive Village Roadshow of any economic upside that WB and its affiliates would enjoy,” the suit stated.

Village Roadshow also claims to be the victim of “rampant piracy” facilitated by the streaming release, adding that Warner Bros. could have foreseen the potential consequences that “come by distributing this marquee picture on a streaming platform on the same day as its theatrical release,” and moved forward with plans anyway.

The fourth “Matrix” installment starring Keanu Reeves and Carrie-Anne Moss grossed a paltry $10.7 million during its opening weekend — a fraction of what the preceding trilogy achieved, despite showing in more theaters globally than ever before.

The lawsuit comes as the latest in an ongoing debate within the industry over a recent shift to prioritize direct-to-consumer streaming apps during the pandemic, which all but shuttered cinemas globally for nearly two years. In 2021, Marvel’s “Black Widow” star Scarlett Johansson sued Disney, also claiming that the superhero flick’s dual-release hurt ticket sales, on which a portion of her paycheck was contingent. Johansson and Disney settled two months later for an undisclosed amount.

Meanwhile, films chosen to move forward with an exclusive theatrical release in 2021 fared well despite the wait for streaming audiences. “Spider-Man: No Way Home,” for example, brought in $260 million at the domestic box office during its premier weekend.

In a statement for WSJ, a spokesperson for Warner Bros. has said that the production company has overstepped their contracts arbitration clause with the suit: “This is a frivolous attempt by Village Roadshow to avoid their contractual commitment to participate in the arbitration that we commenced against them last week. We have no doubt that this case will be resolved in our favor.”

Warner was previously in hot water over its decision to release its 2021 lineup for streaming, and was forced to renegotiate contracts with much of it talent as a result, costing the studio more than $200 million, according to WSJ. However, “The Matrix Resurrections” was apparently excluded form those talks.

Village Roadshow has also alleged that Warner Bros. means to cut them out of their future endeavors involving shared interests, for which they’ve already invested $4.5 billion. The two companies previously worked together on recent hits including “Joker” and “American Sniper,” as well as the “Matrix” franchise.

“WB has also been devising various schemes to deprive Village Roadshow of its continuing rights to co-own and co-invest in the derivative works from the films it co-owns,” they wrote.

When Village Roadshow recently refused to give up the rights to a TV series based on “Edge of Tomorrow,” Warner Bros., accoording to the suit, “said the quiet part out loud: it will not allow Village Roadshow to benefit from any of its Derivative Rights going forward, despite the over $4.5 billion it has paid WB to make and distribute 91 films.”

“In other words, if Village Roadshow won’t give up its rights,” they added, “WB will make sure they are worth nothing.”