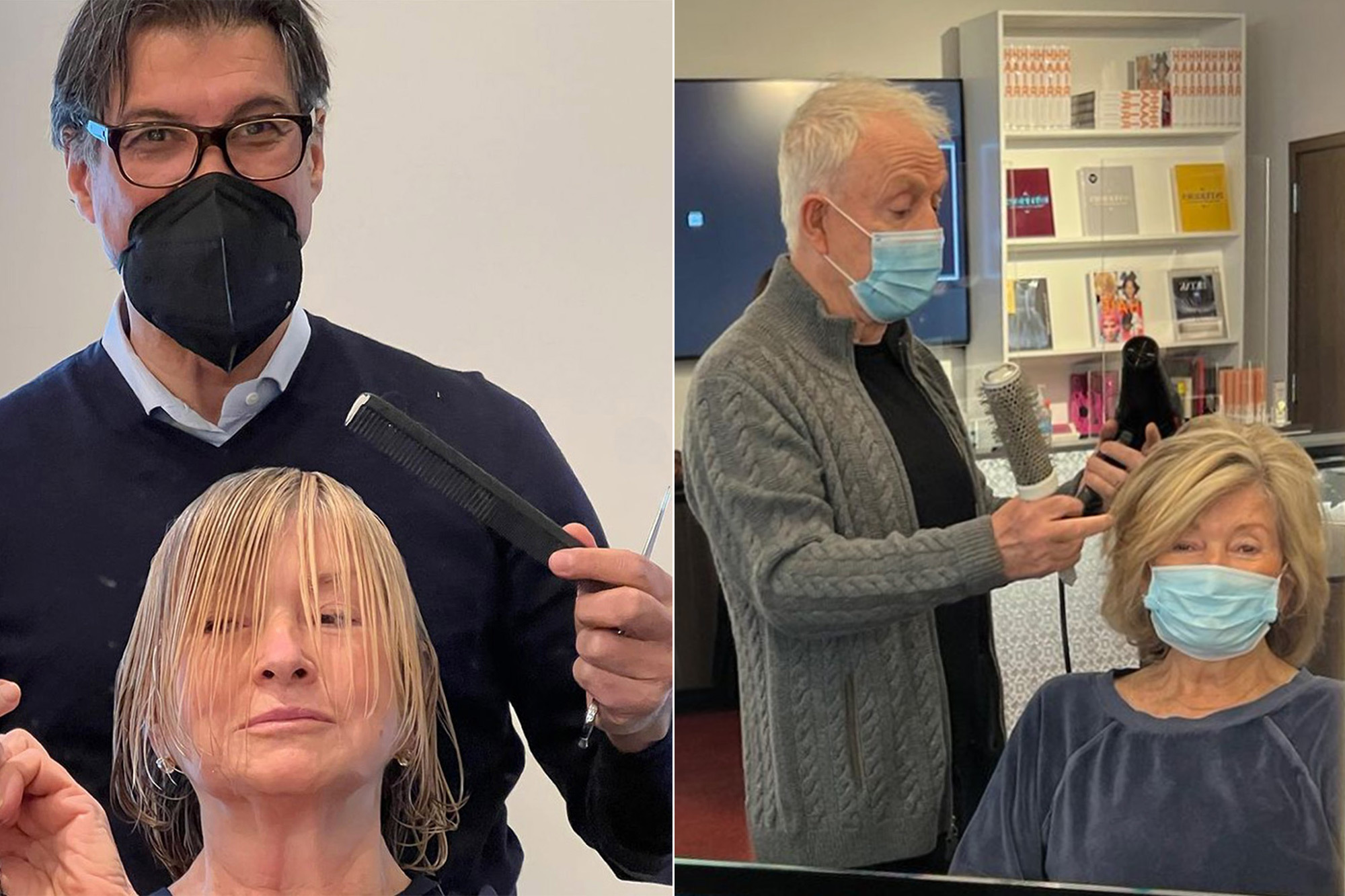 Is Martha Stewart a hairstylist cheater?

On Friday, the domestic doyenne posted a bevy of photos showing herself getting a cut from the famed Frederic Fekkai.

“@fredericfekkai has been cutting my hair for more than thirty five years,” she wrote alongside the flicks. “He is also an old friend, a colleague in business( he sat on my board ) and we recently had the opportunity to revisit the past on a plane trip from Los Angeles. He invited me back to his bustling hair salon at @themarkhotelny where we had a great time and I got another fabulous “haircut by Frederic! P.S. I took my mask off just for these photos !!!!!!!!!!”

Disturbingly, less than two weeks ago, Stewart, 80, posted several photos of herself getting a trim from – another famed hairstylist – John Barrett.

Alongside those photos she raved: Yesterday when I got back from a short little trip I was anxious to get my hair chopped ! In other words cut so it looks natural and stylish without any fussiness @johnbarrettnyc is ssoooooso good ! He has been cutting my hair for a very long time and his new luxurious salon on east 57 th street is so spacious , modern, and beautiful – offering color, cuts, lashes and the best manicure pedicures.”

Amazingly, Barrett is at peace with this scissored betrayal.

“Martha, a style icon is doing so much for our industry,” he texted Page Six when asked if he was devastated. “She’s basically letting the world know that salons are back in business and thriving. She’s supported me for years and is a good friend! It’s all good!”

The lifestyle guru was recently in the news for revealing she broke up with Sir Anthony Hopkins, 84, after he starred in the 1991 thriller “The Silence of the Lambs.”

Stewart revealed on “The Ellen DeGeneres Show” that she couldn’t separate the Welsh actor from his creepy Dr. Hannibal Lecter character who feasted on his victim’s corpses.

“I couldn’t — all I could think of was him eating, you know…” explained Stewart, an apparent reference to his character’s stomach-churning culinary habits.