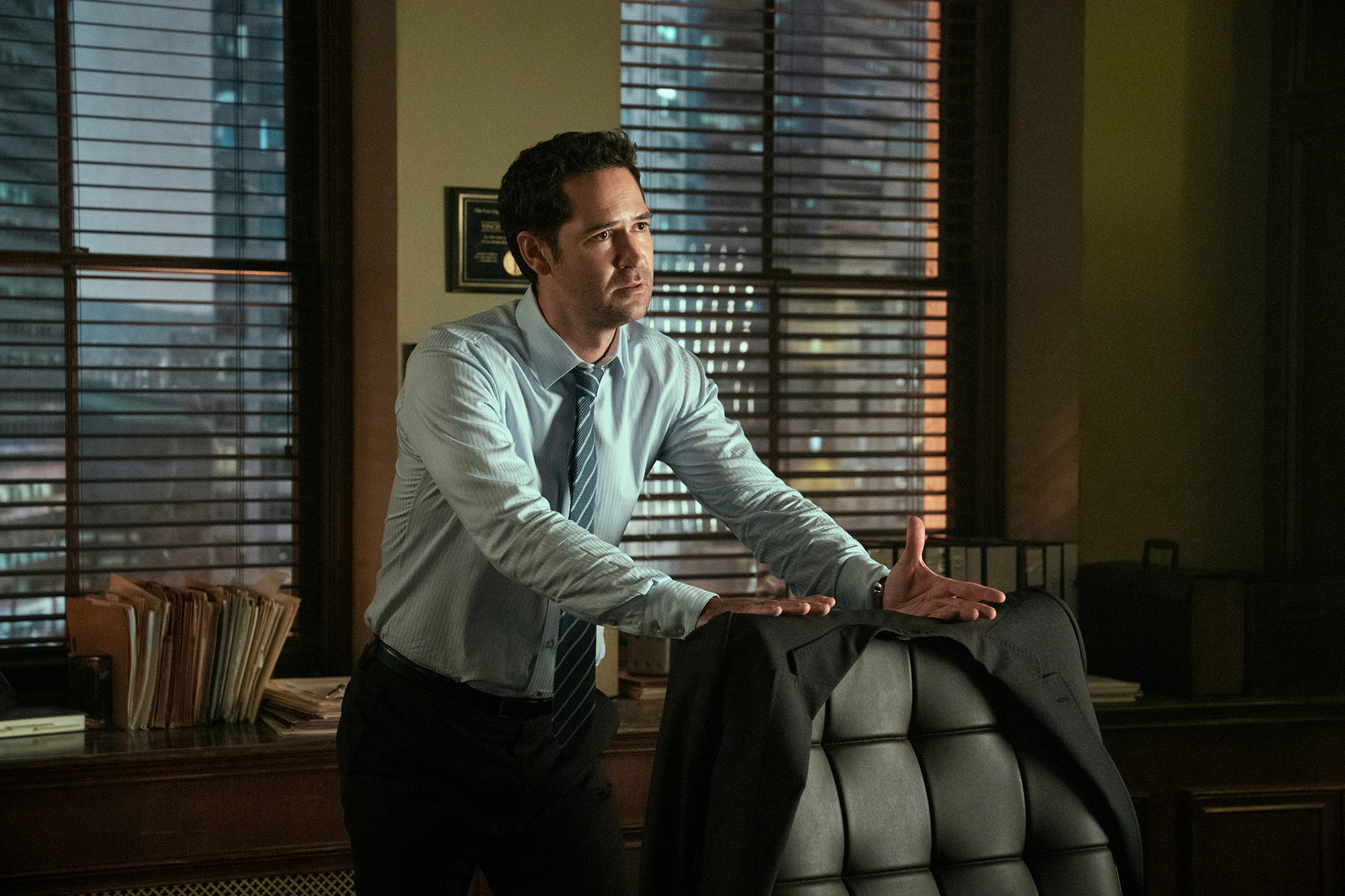 To play the famous “Lincoln Lawyer” Mickey Haller, a character who hails from the Michael Connelly novels and practices law from the backseat of his Lincoln town car, Manuel Garcia-Rulfo had an obstacle standing in his way.

“For me personally, I get carsick,” Garcia-Rulfo, 41, told The Post. “But it was fun, especially driving the convertible Lincoln. Driving that around LA was cool.”

Now streaming on Netflix, “The Lincoln Lawyer” is a series following hotshot defense attorney Mickey Haller (Garcia-Rulfo). The character also appeared in a 2011 movie of the same name, starring Matthew McConaughey in the role (that also led to his infamous Lincoln commercials).

“I saw [the movie] when it came out,” said Garcia-Rulfo. “I remember really liking it. I thought it was such a cool character and Matthew McConaughey is amazing. But I didn’t re-watch it [after getting this role], I wanted to do my own thing and do our own take on it.”

Manuel Garcia-Rulfo as Mickey Haller, a lawyer who works out of his Lincoln town car, in “The Lincoln Lawyer.” COURTESY OF NETFLIX

The Netflix series, created by David E. Kelley, follows Mickey Haller during a low point in his life and career: following a surfing injury, he got addicted to painkillers. He’s clean now, but he’s been on a hiatus from practicing law for several months. However, that changes when he unexpectedly inherits the law practice from a murdered colleague.

“I met with a lot of lawyers to get familiar with that world,” said Garcia-Rulfo. “I watched a lot of hours of real footage of trials, like the O.J. Simpson trial. I wanted to really focus on the vulnerability of the character…he’s at a low point in his life, I wanted to have that heaviness on him. He has so many obstacles on the way, I wanted to have that there to make him human. At the same time, I wanted to show him moving through life and through the cases with charm.”

Mickey, who also works with not one but two ex-wives – Lorna (Becki Newton), who’s his legal assistant, and Maggie (Neve Campbell, “Scream”), who’s a prosecutor that he shares a teen daughter with – suddenly finds himself with a boatload of new cases. This includes the high-profile case of video game mogul Trevor Elliott (Christopher Gorham), who’s been accused of murdering his wife and her boyfriend.

The stakes are high for Mickey as he makes his comeback – not to mention, he has to worry about why his colleague got murdered, and if the culprit might now target him.

Since Garcia-Rulfo is a Mexican actor (best known for the 2016 remake of “The Magnificent Seven,” and “From Dusk Till Dawn: the Series) and “The Lincoln Lawyer” marked the first American show that he’s led, he felt like the stakes were high for him, too.

“English is my second language, and all those big monologues that I have in the courtroom with those legal terms – that was a big challenge for me. When I was shooting the series, I felt very similar to what Mickey Haller was going through. There were a lot of stakes, with this being my first lead [role on an] American show and having this thing of like, ‘You have to make it.’ At some point I was like, ‘I can’t do this.’ And Mickey is going through the same, he has to prove himself, and get back on his feet. So, I drew that inspiration of what I was going through, because the adrenaline was high all the time, trying to carry a show. I related to Mickey Haller.”

Megan Thee Stallion nearly naked for Billboards 2022 performance
‘Show must go on’ for Wynonna
We use cookies on our website to give you the most relevant experience by remembering your preferences and repeat visits. By clicking “Accept All”, you consent to the use of ALL the cookies. However, you may visit "Cookie Settings" to provide a controlled consent.
Cookie SettingsAccept All
Manage consent