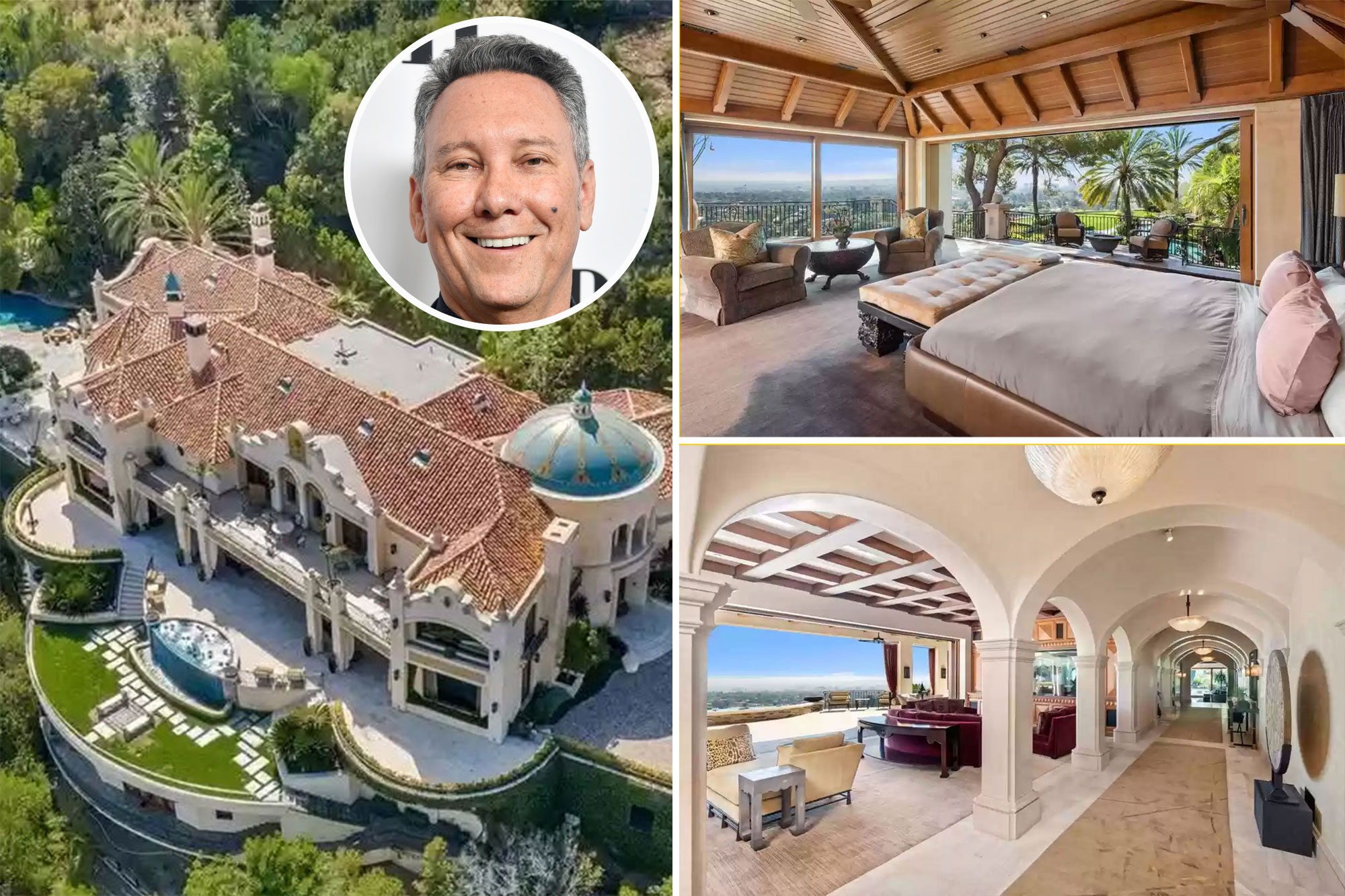 Filling this house would be no small task.

Eerily enough, the home is where the Manson murders famously took place.

It is also where Franklin hosted the reception for Bob Saget following the late comedian’s funeral on Saturday.

Known as “The Cielo Estate,” the nine-bedroom, 18-bathroom abode was first purchased by Franklin in 2007 for just $6 million. He would live in the home until he relocated to Miami last year.

When Franklin, 66, purchased the property, it was not yet completed. The initial home on the land was demolished following the 1969 murders of actress Sharon Tate, Folger coffee heiress Abigail Folger, celebrity hairstylist Jay Sebring and a friend, aspiring writer Wojciech Frykowski.

Designed by architect Richard Landry, who is known for building mega-mansions for celebrities and business magnates, the home spans 21,000 square feet and boasts views of the city, the listing stated.

“The view is A++ from every room in the house,” Heather Altman of Bravo’s “Million Dollar Listing” told The Post. “The seller hand picked items in Southeast Asia and Europe that are one of a kind pieces. The estate cannot be duplicated.”

The estate is situated on more than 3.5 acres of land. Realtor.com

The foyer and spiral staircase. Realtor.com

The pool includes waterfalls and a water slide.Realtor.com

Situated on 3.6 acres, luxury amenities include a movie theater, spa, gym, hair salon, billiards room and bar, according to the listing.

Outdoor amenities include a 75-yard pool with three waterfalls, two hot tubs, a 35-foot water slide, a swim-up bar, a private grotto, a koi pond and a lazy river.

There is also a detached guesthouse.

Additionally, there is an underground garage that can host up to 16 cars.

Josh and Matt Altman of Douglas Elliman hold the listing.

Meanwhile, Franklin reportedly purchased a $33.5 million plot of land in Miami, which he put on the market a year later.