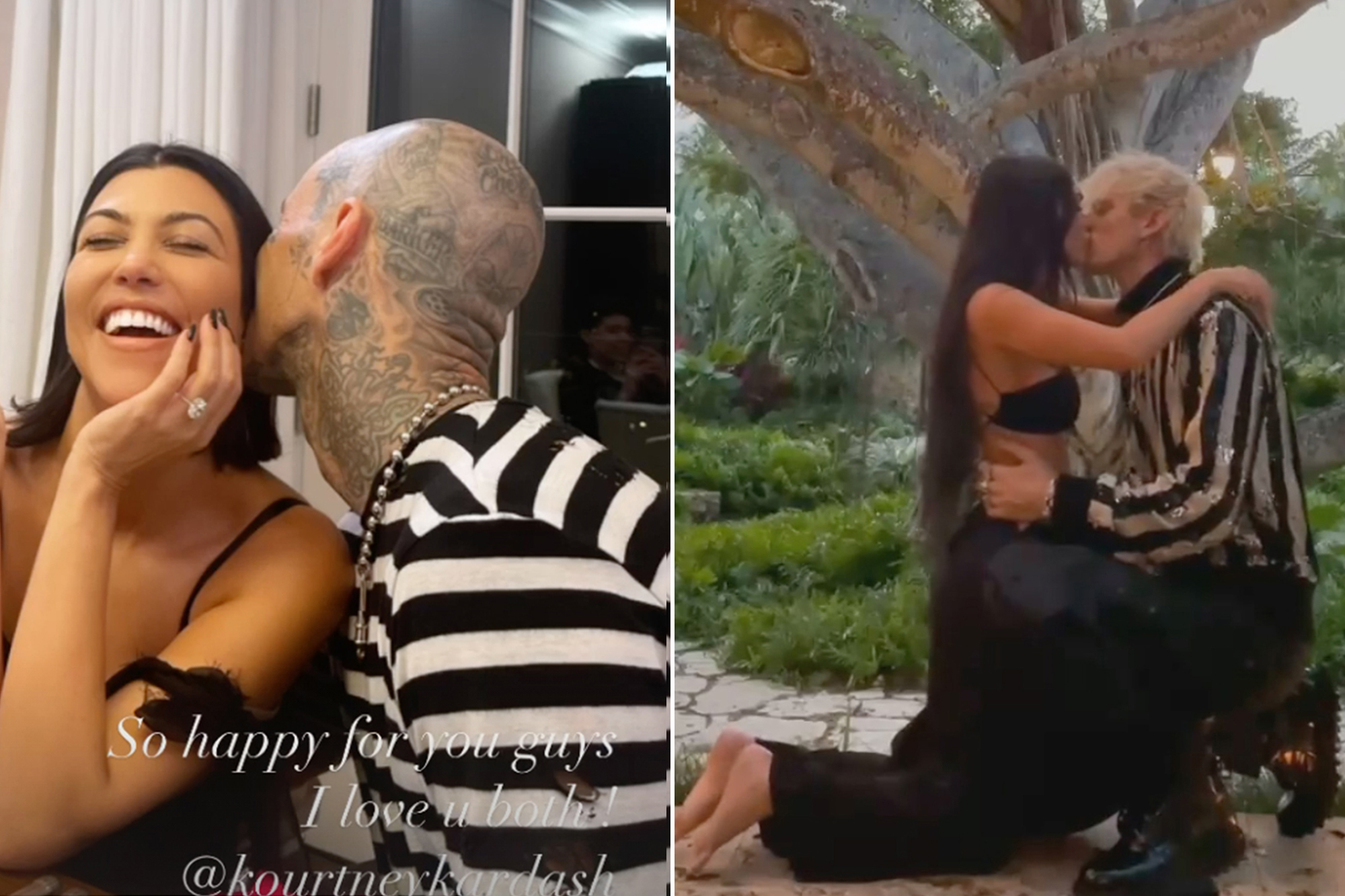 Machine Gun Kelly and Travis Barker are showing their stripes.

When MGK, 31, proposed to Megan Fox recently, he did so dressed in a black-and-white turtleneck that bore a strong resemblance to the striped shirt his BFF Barker, 46, wore when he got engaged to Kourtney Kardashian in October.

And fans were quick to poke fun at the duo’s matching moment on social media.

“First Kourtney, then Megan Fox, can anyone check if Pete Davidson has been seen shopping for a striped shirt?” one person tweeted, referencing the “SNL” star’s whirlwind romance with Kourtney’s sister, Kim.

“Do u think Travis and MGK coordinated outfits for this,” another joked, while a third wrote, “Travis Barker went for horizontal stripes so Machine Gun Kelly was left with the verticals!”

MGK and Barker’s future brides even happened to be wearing likeminded looks on their big nights; Fox, 35, chose a black bra and skirt set with string ties, while 42-year-old Kardashian opted for a similarly open-backed Valentino gown with bows at the shoulders.

While it’s unclear whether the two rockers meant to match while popping the question, they’ve long been close pals and musical collaborators. And Fox and Kardashian have become fast friends through their respective “baby daddies,” having joined each other on double dates and starred together in an internet-breaking Skims campaign.

Fittingly, the Poosh founder was among the first to congratulate the “Jennifer’s Body” actress on her engagement, which she and MGK announced on Wednesday.

At least their engagement rings — a massive oval-cut sparkler for Kardashian and a symbolic two-stone style for Fox — are entirely different.

Amelia Hamlin’s Top Is ‘M.I.A.’ In New Hot Pics That Show Her Wearing Nothing But A Pair Of Pants!
Eminem’s Daughter Hailie Rocks Crop Top While Sipping A Cocktail
We use cookies on our website to give you the most relevant experience by remembering your preferences and repeat visits. By clicking “Accept All”, you consent to the use of ALL the cookies. However, you may visit "Cookie Settings" to provide a controlled consent.
Cookie SettingsAccept All
Manage consent