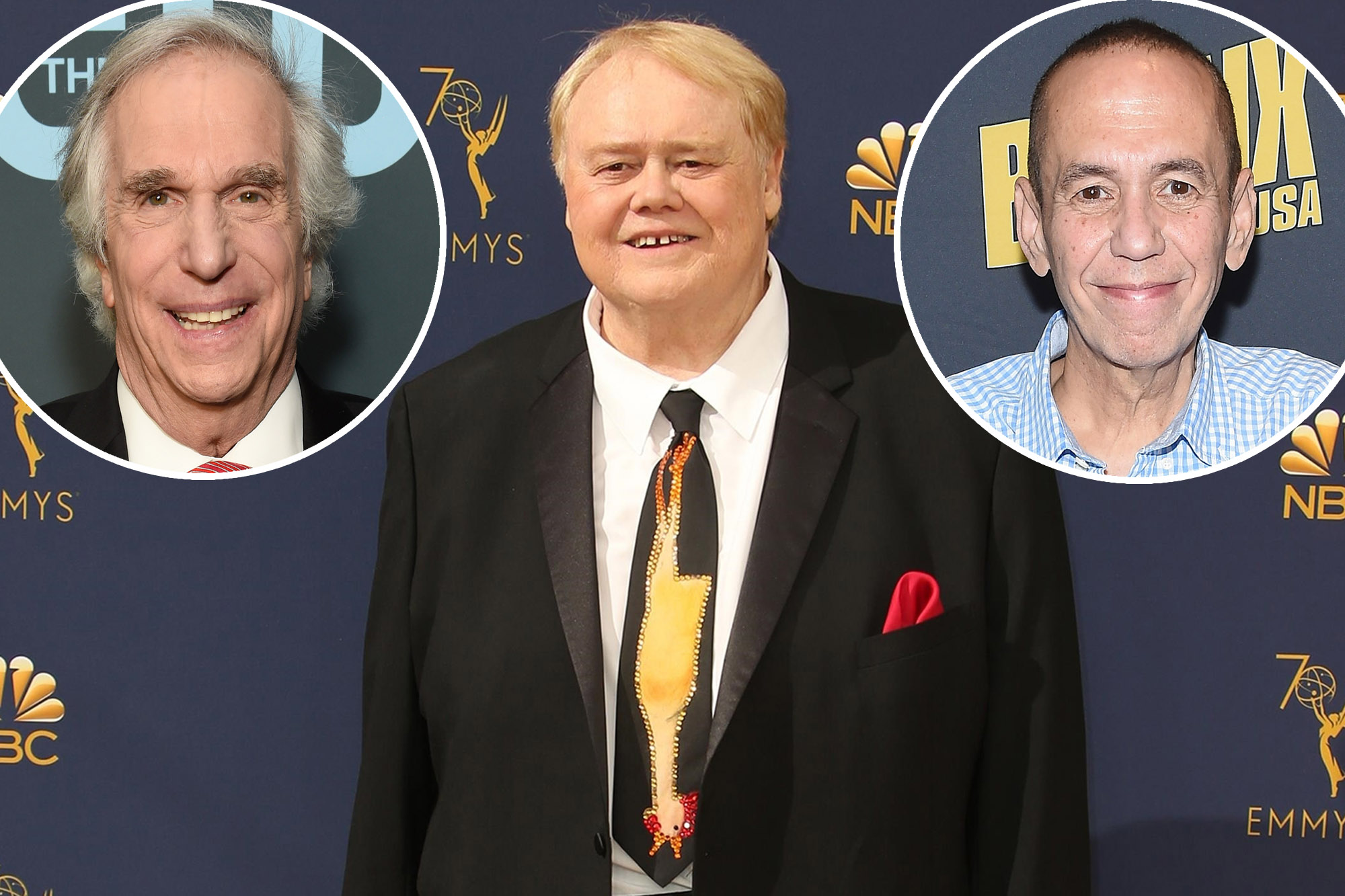 Comedians and Hollywood stars like Henry Winkler and Kathy Griffin honored the life of Louie Anderson after the comedian lost his battle with cancer at the age of 68 on Friday.

“Louie Anderson: Your generosity of spirit will cover the world from above,” Henry Winkler tweeted on Friday. “We are so lucky you were on Earth for a moment , spreading your humor all over like bars of living gold … Good Bye”

“RIP Louie Anderson! You were as gracious and kind as you were funny. Rest well!! Keep ’em laughing in Heaven,” Viola Davis tweeted along with a heart emoji.

Gilbert Gottfried honored both Anderson and Bob Saget, who died last week, with a photo showing himself with the two comedic legends, writing, “This photo is very sad now. RIP Bob Saget and RIP Louie Anderson. Both good friends that will be missed.”

Kristen Schaal reminisced about getting the opportunity to meet Anderson, saying, “I had the pleasure of chatting with @LouieAnderson for his podcast and was so grateful to meet him. His books are still here and they are a good read.”

Kathy Griffin was heartbroken, tweeting, “A singular comic. No one in comedy did what he did,” along with a photo of Anderson and a broken heart emoji.

Pauly Shore visited Anderson during his last days, sharing on Twitter, “Attention comedians and @TheComedyStore alumni’s I say this with a heavy heart just left the hospital in Las Vegas where Louie Anderson his sisters and close friend were kind enough to let me say my goodbyes he’s still with us but keep him in your prayers.”

Viola Davis honored Anderson with a sweet message on Twitter.A.M.P.A.S. via Getty Images

News broke that Anderson had been hospitalized for cancer treatment earlier this week. A spokesperson for Anderson then confirmed that he passed away after undergoing treatment for diffuse large B cell lymphoma.

His rep told The Post in a statement that he “passed away peacefully” Friday morning.

The comic and game show host was known for his role as Christine Baskets in FX series “Baskets,” which earned him an Emmy, as well as his part in the 1988 flick “Coming To America,” alongside Eddie Murphy. His autobiographical animated series, “Life with Louie,” ran for nearly four years from 1994 to 1998.