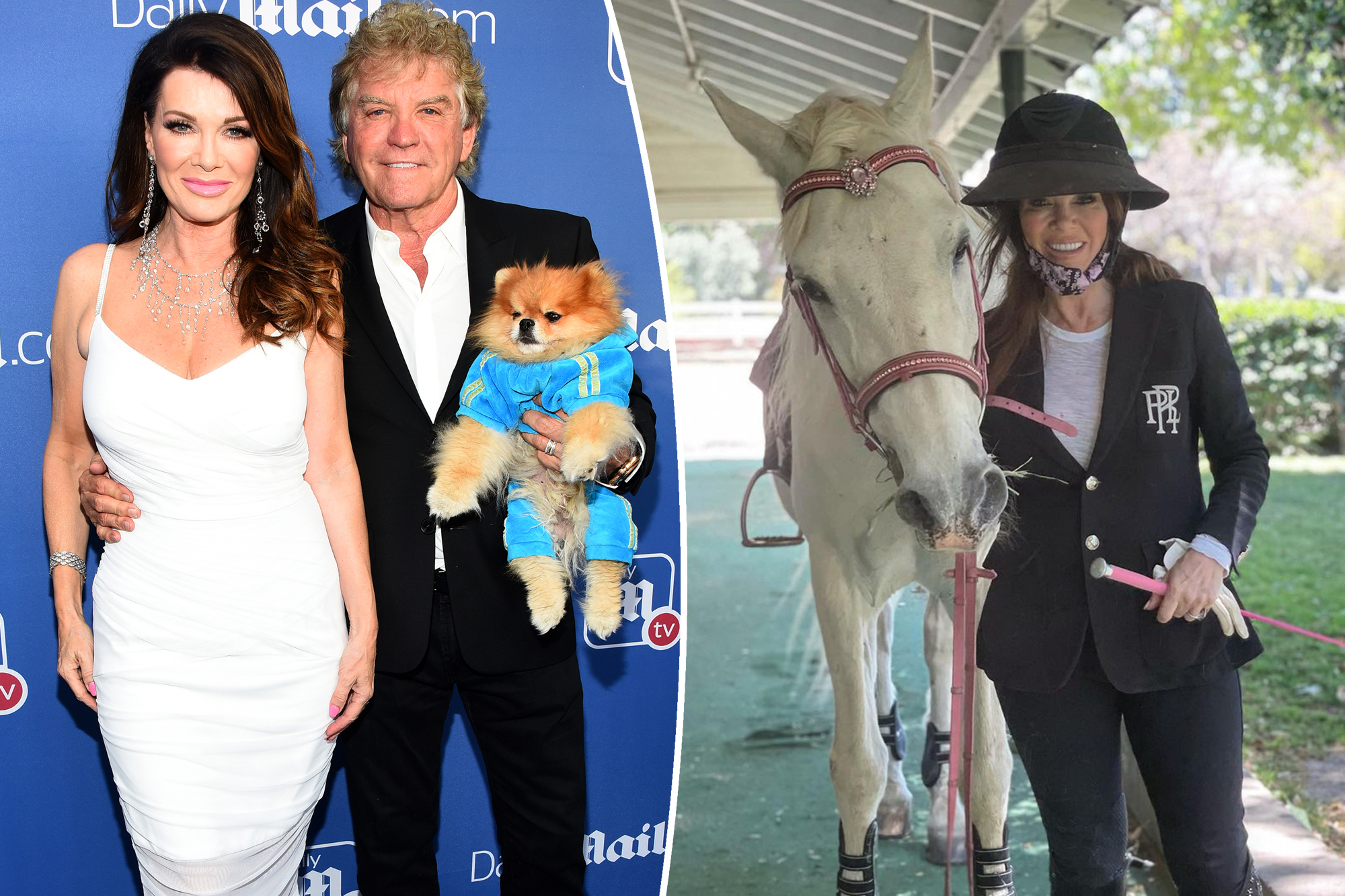 Lisa Vanderpump’s husband, Ken Todd, said she may never get back in the saddle after being thrown off a horse and hospitalized with a broken leg.

“I think maybe that was her last ride,” Todd, 64, told TMZ Tuesday. “I wouldn’t let her ride again.”

Todd emphasized that the horse was previously “gentle,” “perfect” and “amazing” before noting that even the most experienced equestrians don’t know when an animal will get spooked.

“I was there,” he told the site. “When I saw her thrown off, I couldn’t believe it. I was in shock. I ran over there, and she was just on the floor, and she knew that she’d broken her leg straightaway.”

Todd revealed that Vanderpump, 61, broke her leg in three places and will most likely require plates and screws with a recovery time of about eight to 10 weeks. He said she’ll also need to go through the physical therapy process, among other healing methods.

Vanderpump has shared her affinity for all things horses on her reality shows.lisavanderpump/Instagram

The “Vanderpump Rules” star was horseback riding at The Paddock in Los Angeles Sunday when the equine suddenly reared up and threw her off, TMZ previously reported.

An eyewitness said Vanderpump flew over the horse’s head and landed on her back.

Todd confirmed Tuesday that a trainer called an ambulance as soon as she saw the rough landing.

Vanderpump has not addressed the incident.lisavanderpump/Instagram

As Bravo fans know, the former “Real Housewives of Beverly Hills” star has always had a passion for all things animals — especially horses and dogs. She once said in a “Vanderpump Rules” confessional that she tried to make it to the horse stables at least three times a week.

Noella Bergener ‘hurt’ that Heather Dubrow didn’t want her on trip
Simon Cowell spotted in cast after e-bike crash
We use cookies on our website to give you the most relevant experience by remembering your preferences and repeat visits. By clicking “Accept All”, you consent to the use of ALL the cookies. However, you may visit "Cookie Settings" to provide a controlled consent.
Cookie SettingsAccept All
Manage consent