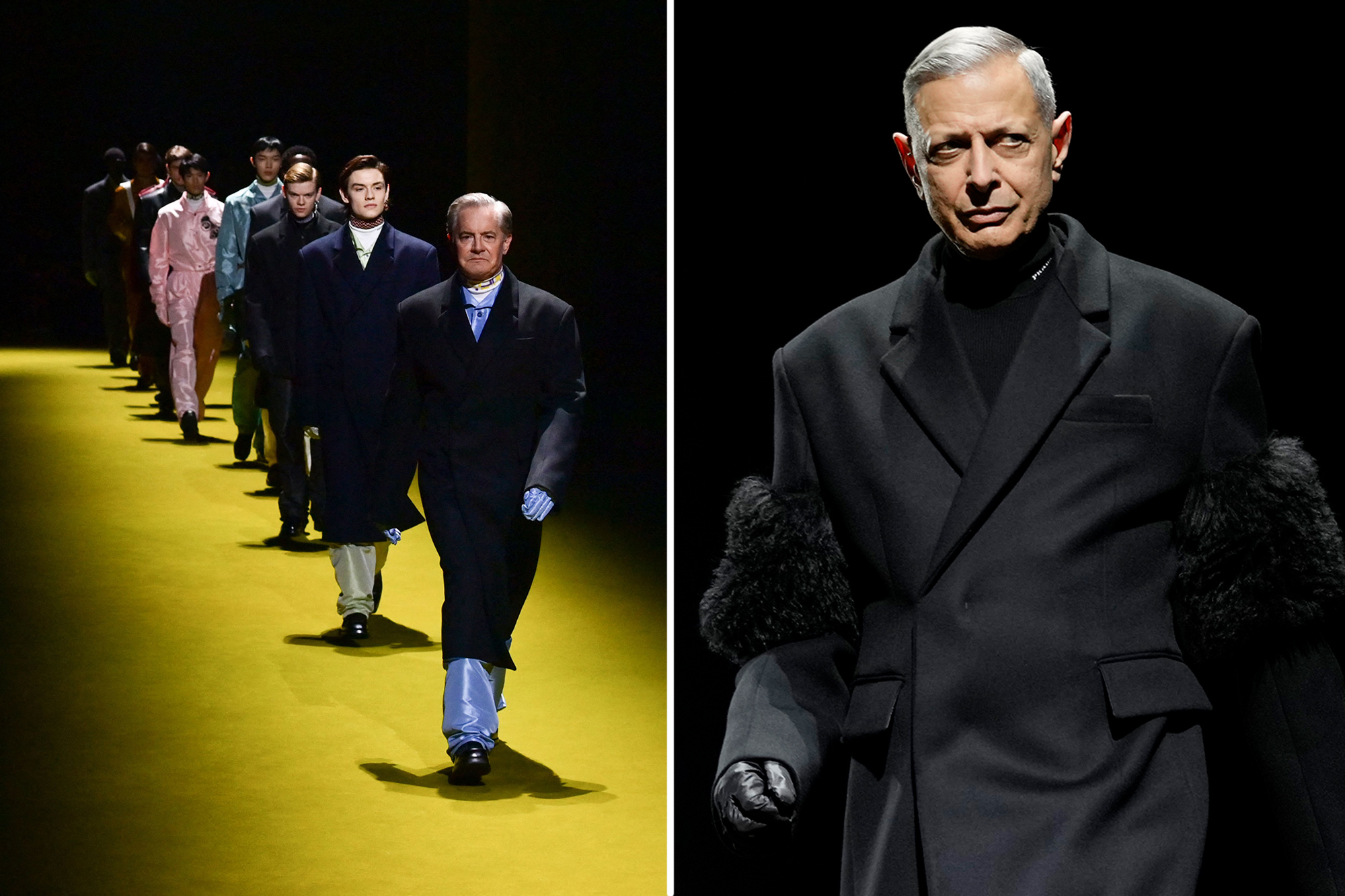 “And Just Like That…” Kyle MacLachlan is a catwalk model.

The “Sex and the City” actor – known for his portrayal of Trey MacDougal in the iconic HBO series – stormed the Prada runway in Milan, Italy, over the weekend, and absolutely nailed it.

MacLachlan, 62, looked like a total pro as he made his debut for the Italian fashion show, cutting a dapper figure in a long black coat from the luxury designer’s winter collection.

He completed the look with blue satin trousers and matching gloves.

“Thank you #RafSimons!” MacLachlan later wrote on Twitter. “What an honor to open the @prada#FW22 Menswear Show for #MilanoFashionWeek!”

The former “SATC” actor stole the show as he made his way down the runway.Daniele Venturelli/Getty Images

For his part, Goldblum cut a stylish figure in an all-black ensemble featuring a fur-trimmed coat, turtleneck and pants.

While the four famous men wore monochromatic ensembles, the other models donned bright colors, with some of their ‘fits featuring pink leather jackets and orange pants.

Goldblum also looked like a total pro as he walked the runway wearing black from head to toe.AP

Designers Miuccia Prada and Raf Simons explained in their show notes that they were “thinking about meaningful fashion [and] pieces that make sense.”

“Clothes that make people feel important, and that are therefore, in themselves, important, not something to discard,” they continued.

MacLachlan and Goldblum, who respectively opened and closed the runway show, were chosen by the designers to represent “real men, recognized figures” enhancing reality.

While the actors wore subdued colors, the professional models walked in bright ensembles.AFP via Getty Images

This certainly isn’t the first time MacLachlan has made a surprise appearance at an event, however. The actor recently walked the red carpet at the premiere of “Dune” in Queensland, Australia, much to the surprise of those in attendance.

MacLachlan has been spending time Down Under to film the upcoming “Joe Exotic” miniseries. He is set to portray Carole Baskin’s third husband, Howard Baskin, who played a significant role in the infamous 2020 Netflix series.

The new show will dramatize and detail the ongoing feud between Baskin, Joe Exotic, and the other big cat community members who fans met in the original documentary.