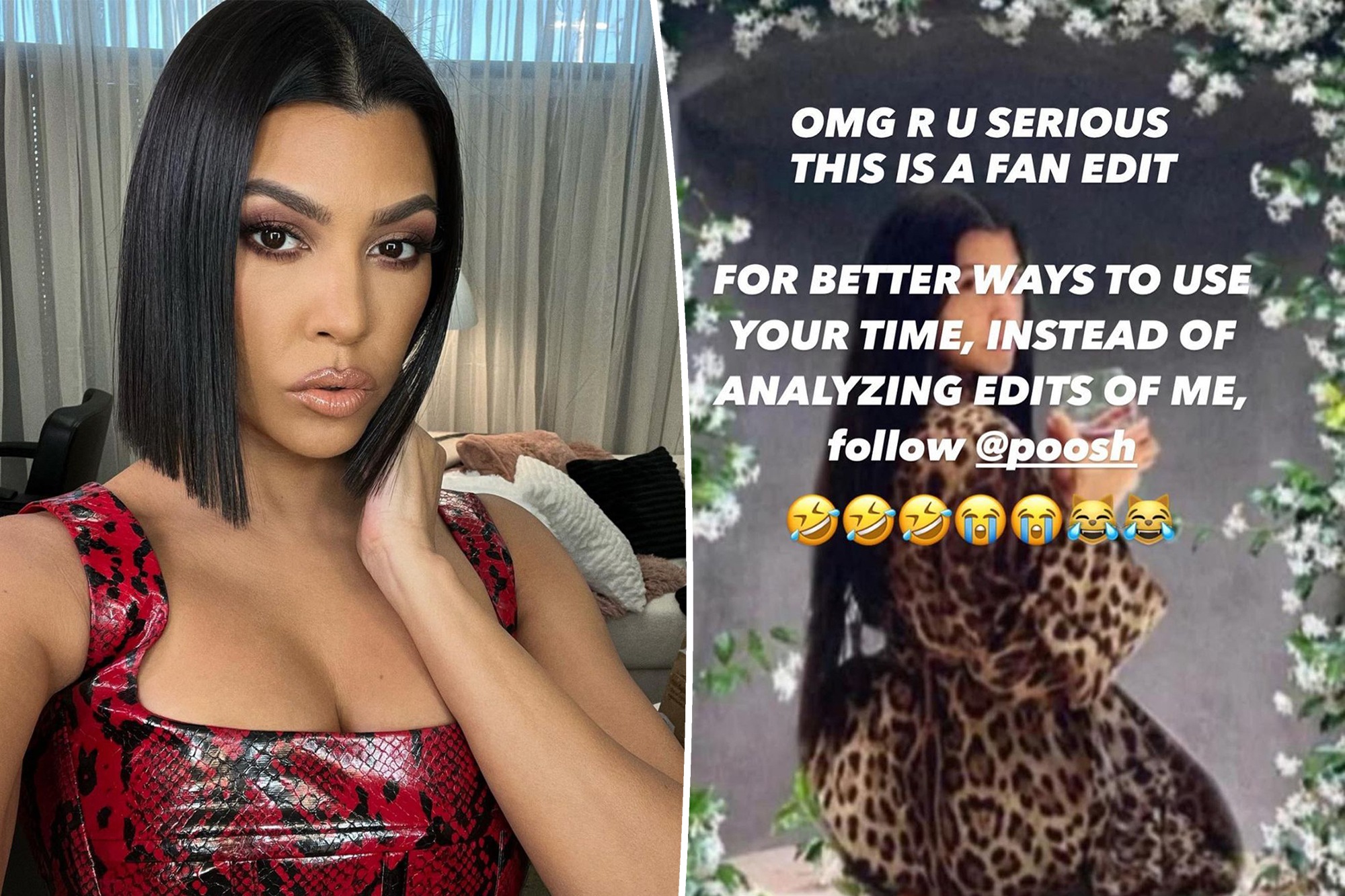 The Kardashian klaws are out.

Kourtney Kardashian went on the defensive after critics accused her of Photoshopping her butt to make it look bigger in a recent social media post.

“OMG R U SERIOUS THIS IS A FAN EDIT,” the reality star, 42, wrote on her Instagram Story last Friday.

Kardashian then seized an opportunity to promote her wellness brand, writing, “FOR BETTER WAYS TO USE YOUR TIME, INSTEAD OF ANALYZING EDITS OF ME, follow @poosh.”

She finished her post with seven laughing-face emojis, signaling that she wasn’t too bothered by the trolls.

Earlier in the week, the Poosh founder posted the picture in question, in which she posed in an animal print robe and drank a glass of wine with her larger-than-usual-looking backside facing the camera.

The photo showed Kardashian with a much juicier-looking derrière. Instagram

The “Keeping Up With the Kardashians” alum promptly deleted the photo from her Instagram Story after the Photoshop accusations started rolling in.

Kourtney isn’t the only Kardashian to recently face backlash over an editing fail, though.

The Poosh founder is no stranger to showing off her curves and frequently wears formfitting outfits. Getty Images

Just last week, her sister Kim Kardashian deleted a bikini photo after fans noticed that her leg looked warped, leading many to conclude that she had edited the snap.

Their sister Khloé Kardashian, meanwhile, infamously made waves when she posted an unrecognizable selfie in August 2020. Khloé, 37, has copped to using different editing apps like Facetune to doctor her photos.

“Of course I believe in airbrushing apps. I just think airbrushing apps, like, who doesn’t want to airbrush a thing here or there?” she told People in November 2016. “I love Facetune, that one’s great. I don’t really know of many more, but a filter, that’s like airbrushing. Who doesn’t love a good filter? Sometimes you’re having a bad day.”