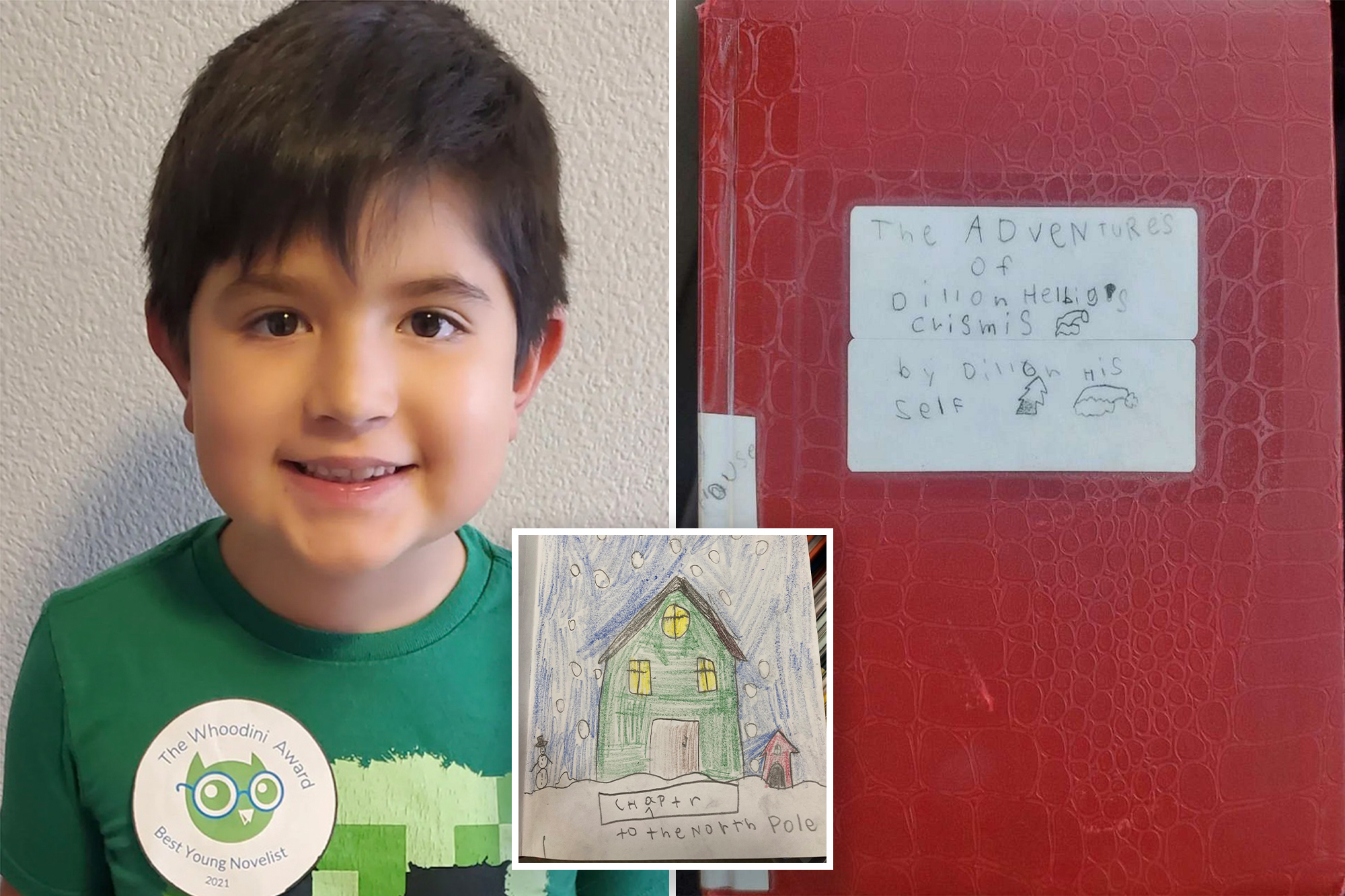 Many kids fantasize about being famous comic book authors at a young age. However, one Idaho second-grader actually achieved this dream after he snuck his homemade graphic novel into the local library — and got it published.

Now, the 81-page story is flying off the shelves, and has even inspired other young novelists to follow suit.

“I wanted to put my book in the library center since I was 5,” Boise native Dillon Helbig, 8, told Good Morning America of his unorthodox self-publishing scheme.

The aspiring scribe had reportedly spent four days writing and illustrating his magnum opus “The Adventures of Dillon Helbig’s Crismis,” which tells the fictitious tale of how Dillon travels back in time after the star atop his Christmas tree explodes, the New York Times reported.

“I wanted people to read it,” explained the amateur author, who has reportedly been churning out “comic book style” works since he was 5.

However, as Dillon did not have a book deal lined up the miniature Alan Moore surreptitiously stashed the sole copy of “Crismis” in the fiction section of the Ada Community Library’s Lake Hazel branch while visiting with his grandma.

During the top-secret op, the tyke was reportedly forced to “sneak past the librarians” and put his back against the shelf while slipping the comic in among the other titles, KTVB reported.

However, when Dillon went to check on “Crismis” a while later, he discovered that his masterpiece was gone. After hearing the heartbreaking news, mother Susan Helbig dialed the library to see what was amiss. They instead informed her that they were so charmed by the work that they’d decided to add it to their official catalog.

“Dillon’s book definitely fit all the criteria,” insisted branch manager Alex Hartman, who, with Dillon’s permission, processed the book and made it accessible to “anybody with a library card.”

“We are so proud of him,” gushed Dillon’s awestruck mom. “We see him drawing and writing books, and he keeps himself busy for hours and days on end.”

She added, “It was pretty awesome to see he had the gumption to put this one on the shelf.”

Hartman wasn’t just humoring a kid. “Crismis” is the library’s most sought-after title with the NY Times reporting that a staggering 56 people were waiting to check it out at the end of January.

The book boss attributes the demand to the creativity showcased in “Crismis,” in which Dillon uses a Christmas “tree portal” to travel to the first Thanksgiving a la “Nightmare Before Christmas” meets “Back To The Future.”

“His imagination is just incredible,” gushed his proud mother.

The proud author with his parents Susan and Alex Helbig.Helbig Family Handout

Dillon has since been gifted a “Whoodini Award” for best young novelist — an award the library invented just for him — and become a hero among other children, including his classmates.

“They said, ‘It was really cool; I wish I was you,’ ” the grateful kiddo gushed of his admirers, who reportedly told Hartman that they want to write books for Lake Hazel as well.

And Dillon’s comic book career is just getting started. The fun-sized Stan Lee said his next book is called the “Jacket-Eating Closet,” a “Dog Man”-inspired graphic novel that’s reportedly based on a true story, GMA reported.

“Every time in kindergarten, I put my jacket in the closet and during recess, it would be gone,” he said. “The jackets are still gone and that’s why I’m making the book.”