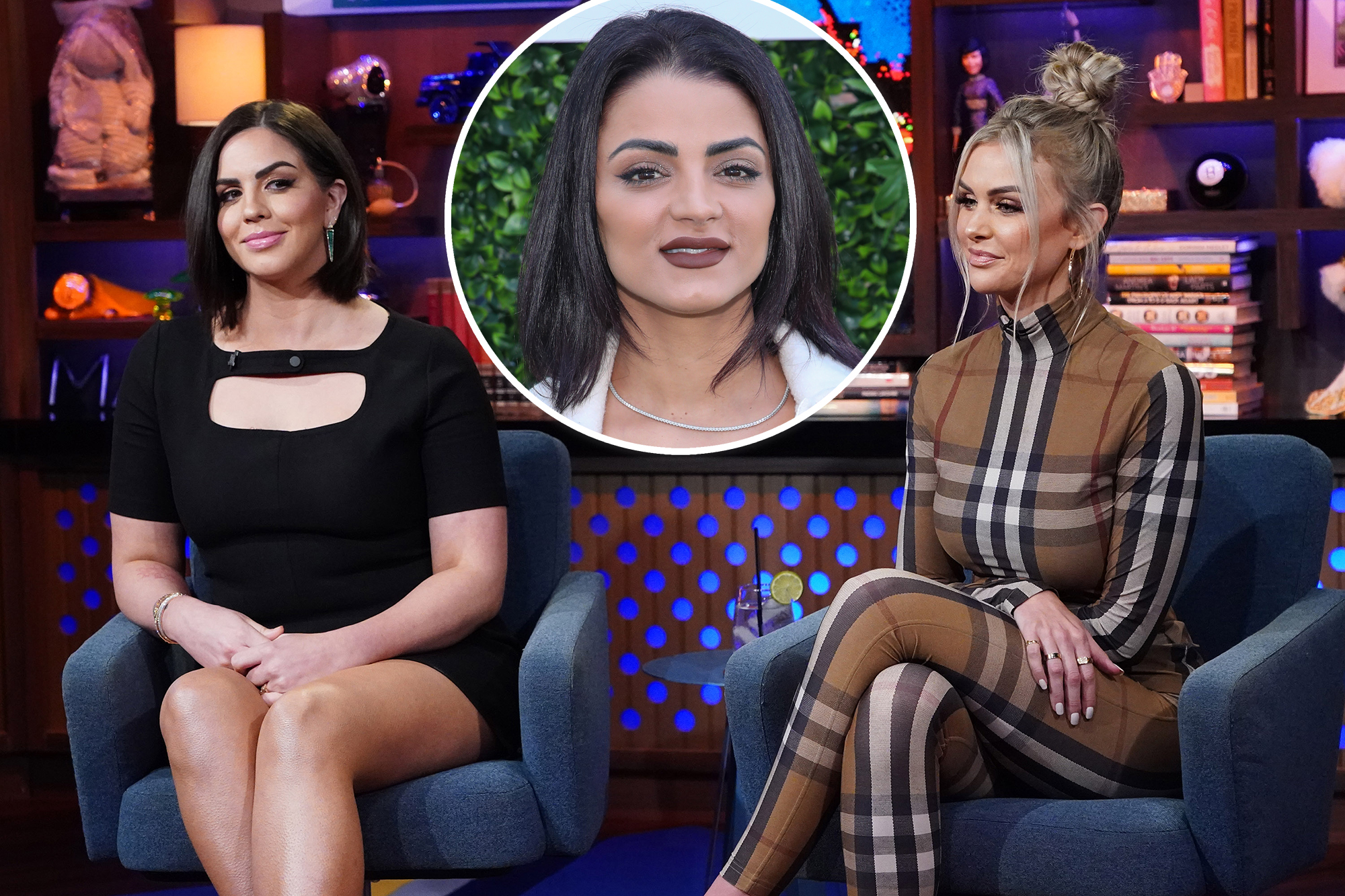 Katie Maloney has Lala Kent’s back.

In an exclusive interview with Page Six, Maloney, 35, defended Kent, 31, against fellow Bravolebrity Golnesa “GG” Gharachedaghi, who recently branded Kent a “cheater” in her relationship with now-ex-fiancé Randall Emmett.

“It’s hard when people don’t really know enough about the situation,” the “You’re Gonna Love Me” podcast host told us, before directly addressing the “Shahs of Sunset” personality: “You don’t really know what you’re saying here.”

Last week, Gharachedaghi, 40 — who is good friends with Emmett, 50 — shared her thoughts on Kent’s split from the movie producer in a heated Twitter rant.

“If I recall correctly u were bragging about going down on your castmate & the timeline puts u in a relationship at that time. Cheater?” she fired off, referring to Kent’s one-time hookup with her “Vanderpump Rules” co-star Ariana Madix.

Maloney, however, asserted that no one among the cast ever batted an eye at Kent’s previous interactions with Madix, 36.

“We were all there in real-time for that and no one’s calling her a cheater for that,” she said.

Maloney also reacted to Gharachedaghi’s suggestion that Kent is wrong for publicly discussing the details of her split from Emmett, the father of their 9-month-old daughter, Ocean.

“That’s her choice. She can handle this however she wants to handle it,” Maloney said of Kent.

“Why [is GG] publicly speaking on something that has nothing to do with [her]? It’s a little weird to me.”

Gharachedaghi attended Kent’s Give Them Lala Beauty event on this season of “Vanderpump Rules.”Getty Images

Kent called it quits with Emmett in October after he allegedly cheated on her in Nashville. In December, the Give Them Lala Beauty founder told Page Six that co-stars Maloney and Scheana Shay have been particularly supportive as she navigates her new life as a single mom.

“It can feel very isolating and lonely when you feel blindsided and, completely out of left field, this person that you were with for so long is not the person that you thought that they were,” Maloney, who developed a friendship with Emmett while filming Season 9 of “Pump Rules,” said.

The Something About Her co-founder added that it was “very easy” to cut off communication with Emmett after she was alerted of his alleged infidelity.

“I got wind of it, and I was the one that called [Lala] to let her know. I just wanted her to know that she was loved and appreciated and that she’s amazing no matter what,” Maloney recalled. “You just want to prop people up.”

Kent split from Randall Emmett in October after he allegedly cheated on her in Nashville. FilmMagic

“She’s ready to take on the world!” Maloney said of her entrepreneur pal, who oversees a baby apparel line in addition to her cosmetics and skincare company.

“Obviously, it hasn’t been easy. But she is so tough. I’m proud of her for being strong for her and for Ocean.”