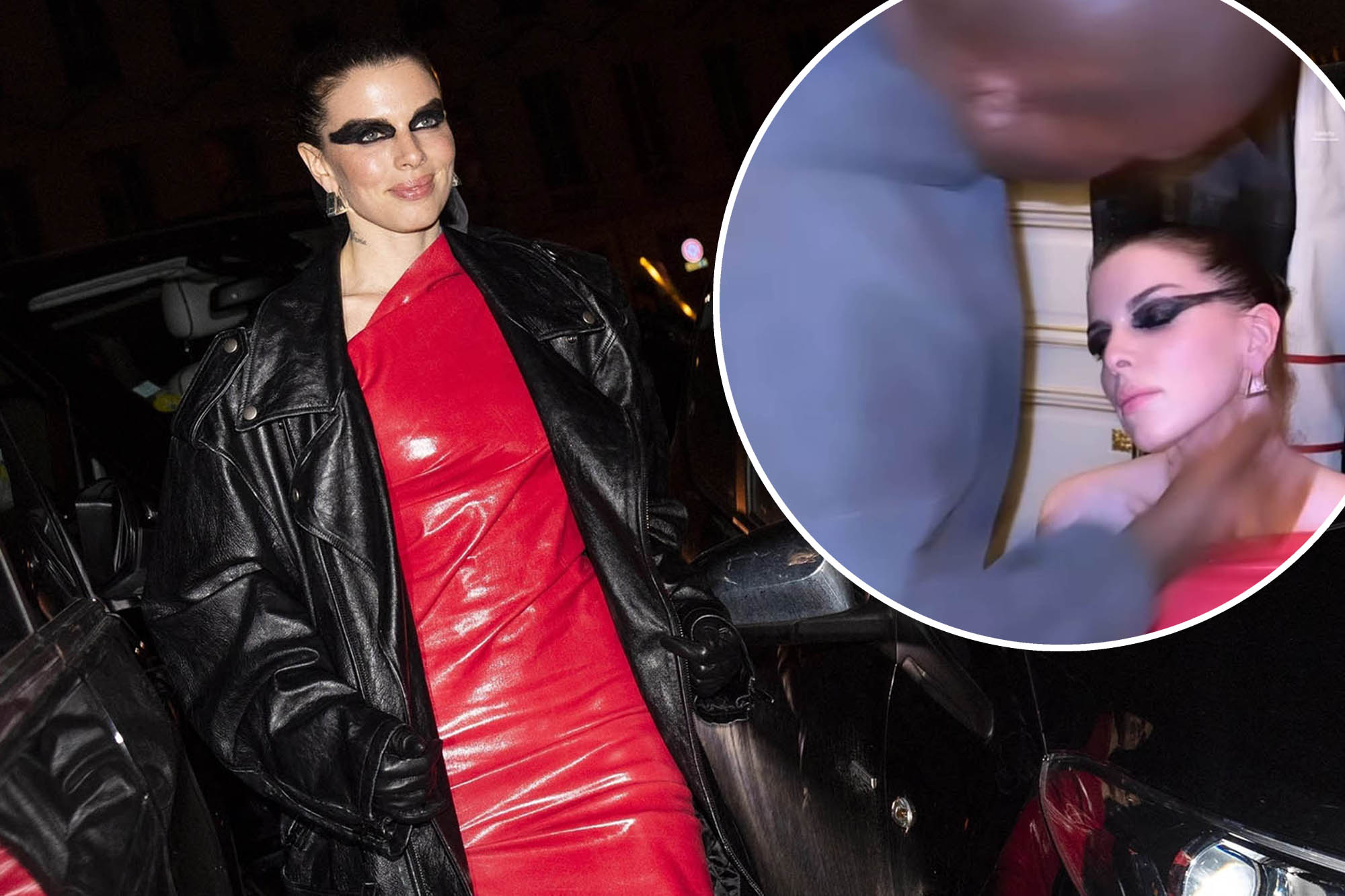 Julia Fox has got herself a Grammy-winning glam squad.

The “Uncut Gems” star and boyfriend Kanye West are the talk of Paris Fashion Week this season, having been spotted front row at both Sunday’s Kenzo show and Monday’s Schiaparelli presentation — clad in matching outfits, no less.

And it turns out the “Donda” rapper, 44, had a hand in the dark, dramatic makeup looks his lady love’s been rocking around town.

Fox, 31, shared a snap of West fine-tuning her jet-black cat eye on her Instagram Stories Monday, writing, “Wanna kno [sic] who my fave makeup artist is?”

While beauty legend Pat McGrath was behind the “graphic winged glamour” seen on Fox at Schiaparelli — and achieved using the “Xtreme Black” shade from Pat McGrath Labs Mothership II Eyeshadow Palette – Sublime ($125), along with Perma Precision Liquid Eyeliner ($32) and FetishEyes Mascara ($30) — it appears West stepped in to glam up his girl for the couple’s other PFW appearances.

As with most of the musician’s creations, however, Fox’s inky eye makeup has proved polarizing, with her beauty looks drawing comparisons to “Black Swan,” drag superstar Alyssa Edwards, Marilyn Manson and more.

“Does her makeup artist hate her,” one Twitter user quipped.

If nothing else, Fox’s goth glam is giving us as much drama as her whirlwind relationship with the “Heartless” hitmaker, which only began at the start of the new year.

We just hope she’s got some makeup wipes handy in case things with West head south.

Julia Fox shared a snap of boyfriend Kanye West touching up her glam.juliafox/Instagram

Kim Kardashian mourns Thierry Mugler’s death
All the celebrities at Paris Fashion Week 2022
We use cookies on our website to give you the most relevant experience by remembering your preferences and repeat visits. By clicking “Accept All”, you consent to the use of ALL the cookies. However, you may visit "Cookie Settings" to provide a controlled consent.
Cookie SettingsAccept All
Manage consent