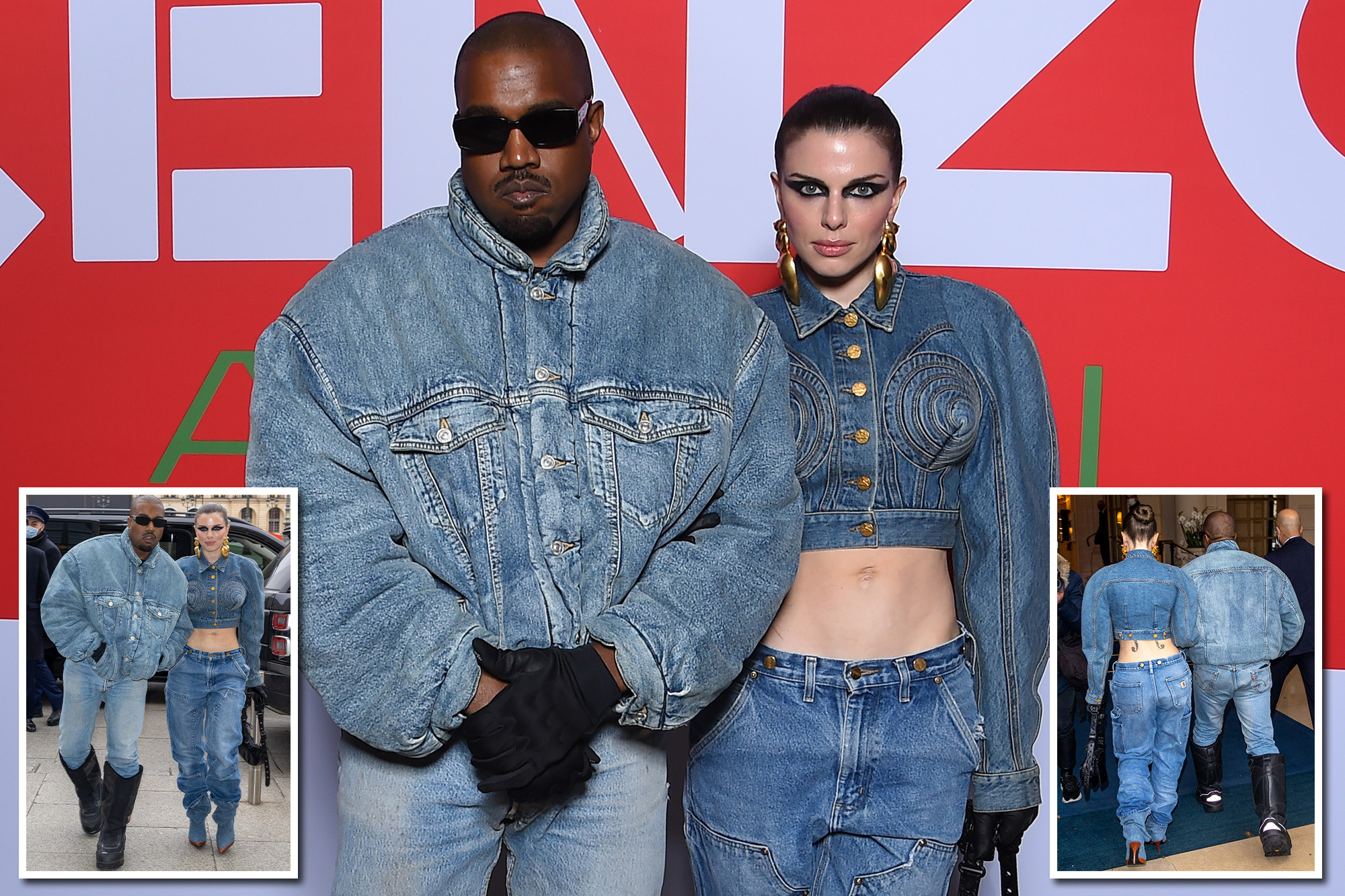 Kanye West and Julia Fox officially walked their first red carpet together as a couple.

The two attended the Kenzo Fall/Winter 2022/2023 fashion show as part of Paris Fashion Week in Paris, France, over the weekend and made a statement in their matching denim ensembles.

She completed her look with winged eyeliner, a dramatic smokey eye and rosy blush, keeping her hair pulled back into a tight bun.

West, 44, complemented Fox in a denim jacket and jeans, accessorizing with black gloves, sunglasses and boots.

Many fans on social media compared their coordinating ensembles to the denim looks Britney Spears and Justin Timberlake famously wore to the American Music Awards in 2001 when they were dating.

The couple’s outfits drew comparisons to the all-denim ensembles Britney Spears and Justin Timberlake wore to the 2001 American Music Awards.Corbis via Getty Images

Fox and West’s latest outing comes just days after the “Uncut Gems” star set the record straight that she’s not a gold digger.

“It’s funny cause I’m getting all of this attention, but I really couldn’t care,” she continued, adding that she’s more focused on creating art. “Watch my movie, read my book. That is more thrilling to me now than eyes on me. I couldn’t care less.”

“[They] both just got out of their former relationships, and they’ve helped each other recover immensely,” a source told Page Six. “They’re kind of kindred spirits, and it’s cool to watch.”