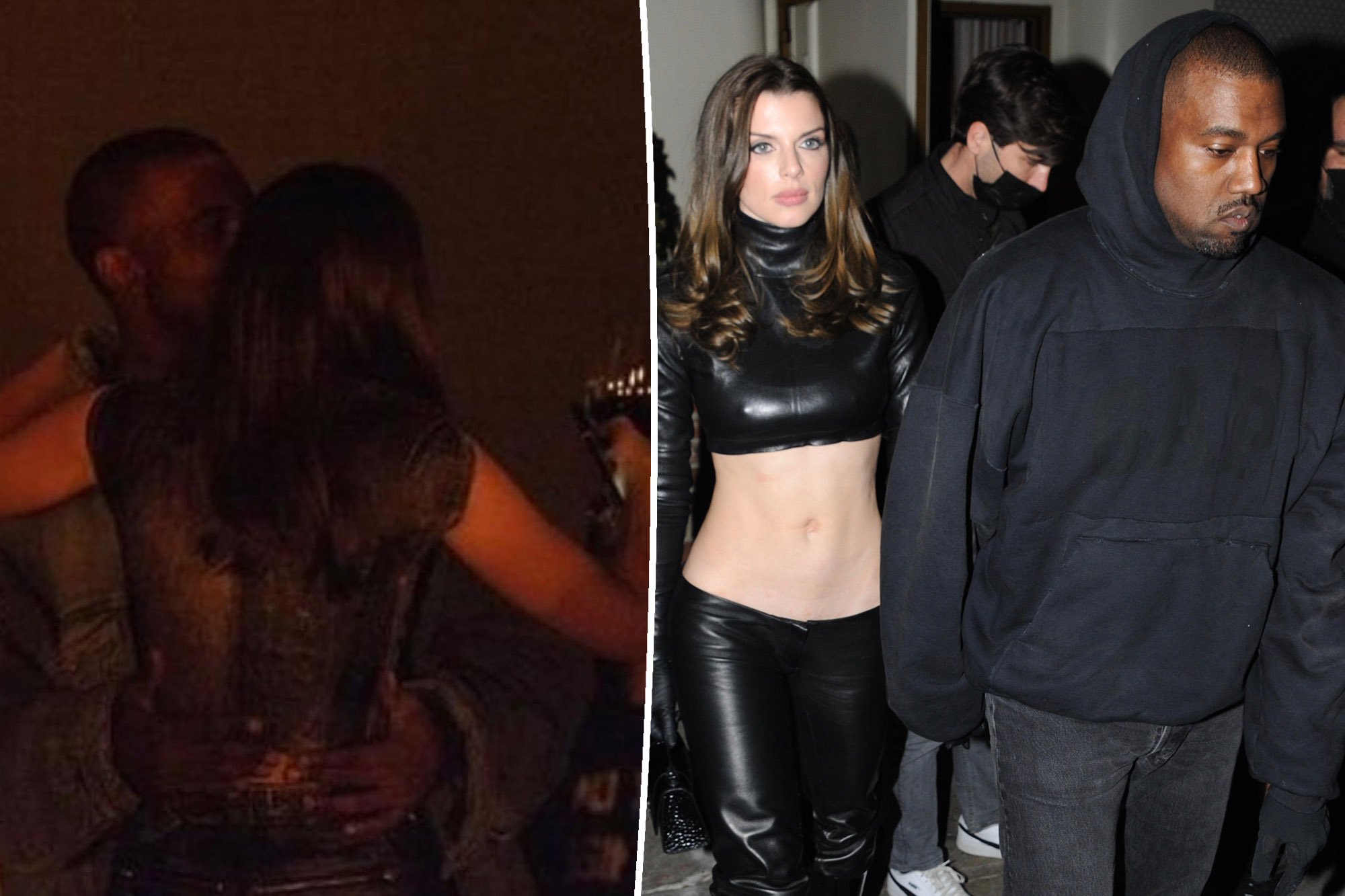 Julia Fox and Kanye West are keeping up the PDA.

Although the “Uncut Gems” star has been busy celebrating her son Valentino’s first birthday with her ex-husband, Peter Artemiev, at Lucien, she hasn’t forgotten about her new beau.

Fox made sure to share a steamy photo of West enveloping her as she balances a glass of red wine and a kiss via her Instagram Story on Tuesday. She also shared a video of paparazzi flanking her and the “Good Morning” rapper.

Perhaps Fox, 31, wanted to let West, 44, know he was on her mind while she spent time with Artemiev, whom she recently apologized to for calling him a “deadbeat” dad.

“All I want to say is, I’m sorry,” Fox said on her “Forbidden Fruits” podcast that’s co-hosted by Niki Takesh.

Fox went on to say that she lashed out at Artemiev at the time because she hadn’t heard from him in “a month or more.”

The new couple has been parading their romance across the country since getting together a few weeks ago.SplashNews.com

“Everyone had COVID,” she explained. “I had no help at all, whatsoever, and my friend was out and saw Peter out. Peter was saying something along the lines of, ‘That bitch won’t let me see my son.’ And when that was relayed to me … my blood boiled. I just snapped.”

Fox also revealed that Artemiev – who is opposed to the spotlight unlike his camera-loving ex – had secretly been paying her rent for months after she stopped.

“He just is so not about this life,” she said of the private pilot. “He doesn’t give a f–k about it. He’s, like, the most chillest, down-to-earth, authentic guy.”

When We Were Young festival reunites emo acts — for $19 ‘down’ payment
Amy Schumer shows off weight loss after liposuction
We use cookies on our website to give you the most relevant experience by remembering your preferences and repeat visits. By clicking “Accept All”, you consent to the use of ALL the cookies. However, you may visit "Cookie Settings" to provide a controlled consent.
Cookie SettingsAccept All
Manage consent