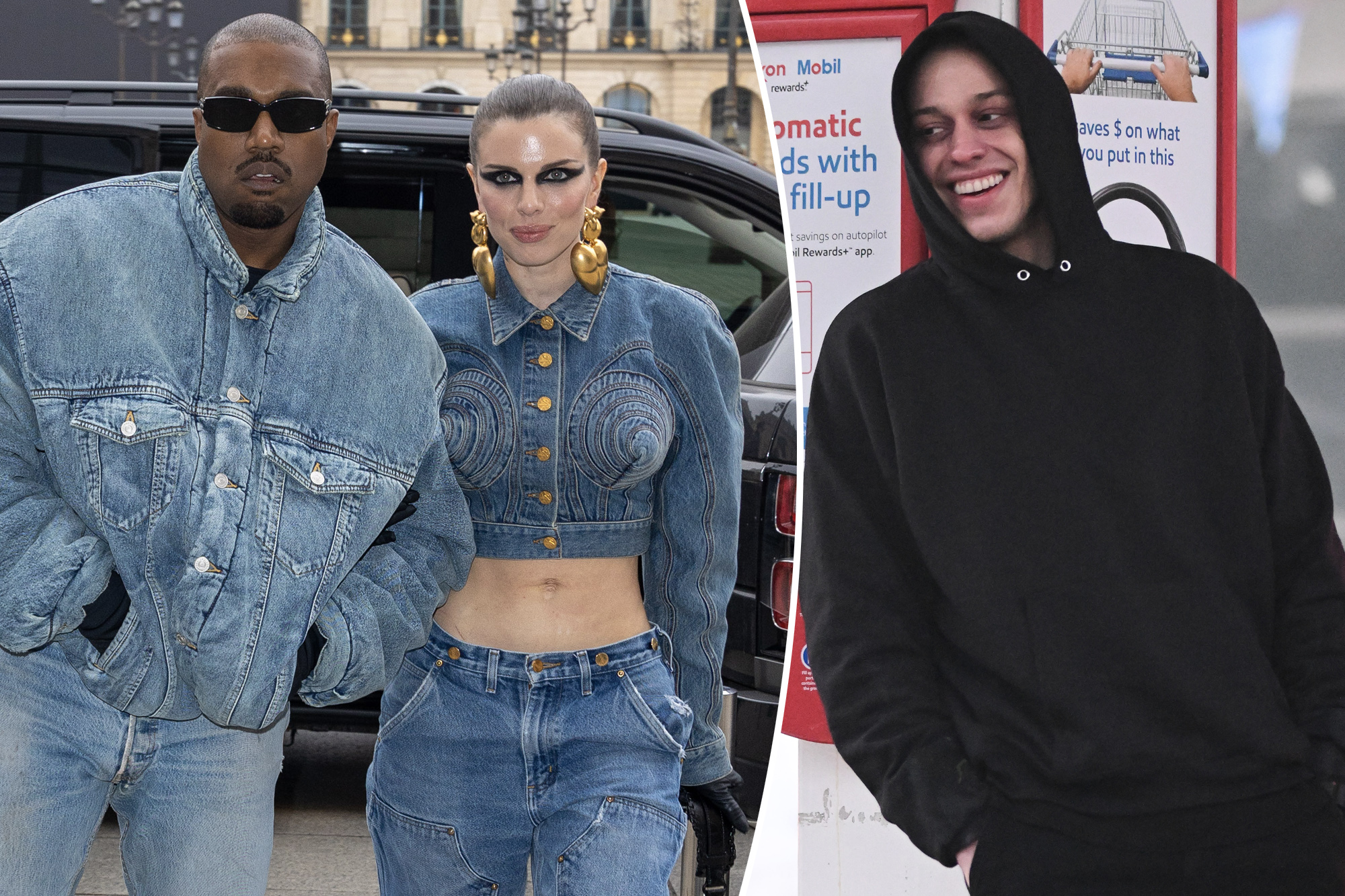 After a month of jet-setting with new beau Kanye West in Miami, NYC, LA and Paris, Julia Fox was back on the downtown party scene over the weekend.

Ye’s new fashion muse and girlfriend was spotted at Tribeca hotspot Paul’s Baby Grand, where she danced along when West’s music was played, according to spies. DJ Reach spun tunes for the Saturday night party — and Fox popped over to the DJ booth and requested that he play Ye’s new song “Eazy.”

A source alleged that Fox “and all her girls” shouted the lyric when it came on.

But another source at the party told us no such thing happened, and that Fox was not rapping along to West’s seeming threat against the “SNL” star. “She requested that [DJ Reach] play better music and then he chose to play ‘Eazy,’” said the source. “She was dancing, but she wasn’t rapping,” the insider said.

Fox — who appeared with Davidson in a feature for Paper magazine before she began dating Kanye — has no problem with the lyrics. we’ve heard. “Obviously she hopes this doesn’t cause more drama for Ye, but he’s an artist and this is how he chooses to express himself and she can’t judge that,” an insider told Page Six after the track was released last month.

Either way, sources have also told us of the one-sided feud that Davidson finds the song “hilarious” and “loves” the tabloid drama surrounding the new couples’ relationships.

The whole brouhaha has even brought him and Kardashian closer together, sources have said.

A rep for Fox did not comment about her party night, but we hear her group also sipped champagne and tequila throughout the night.