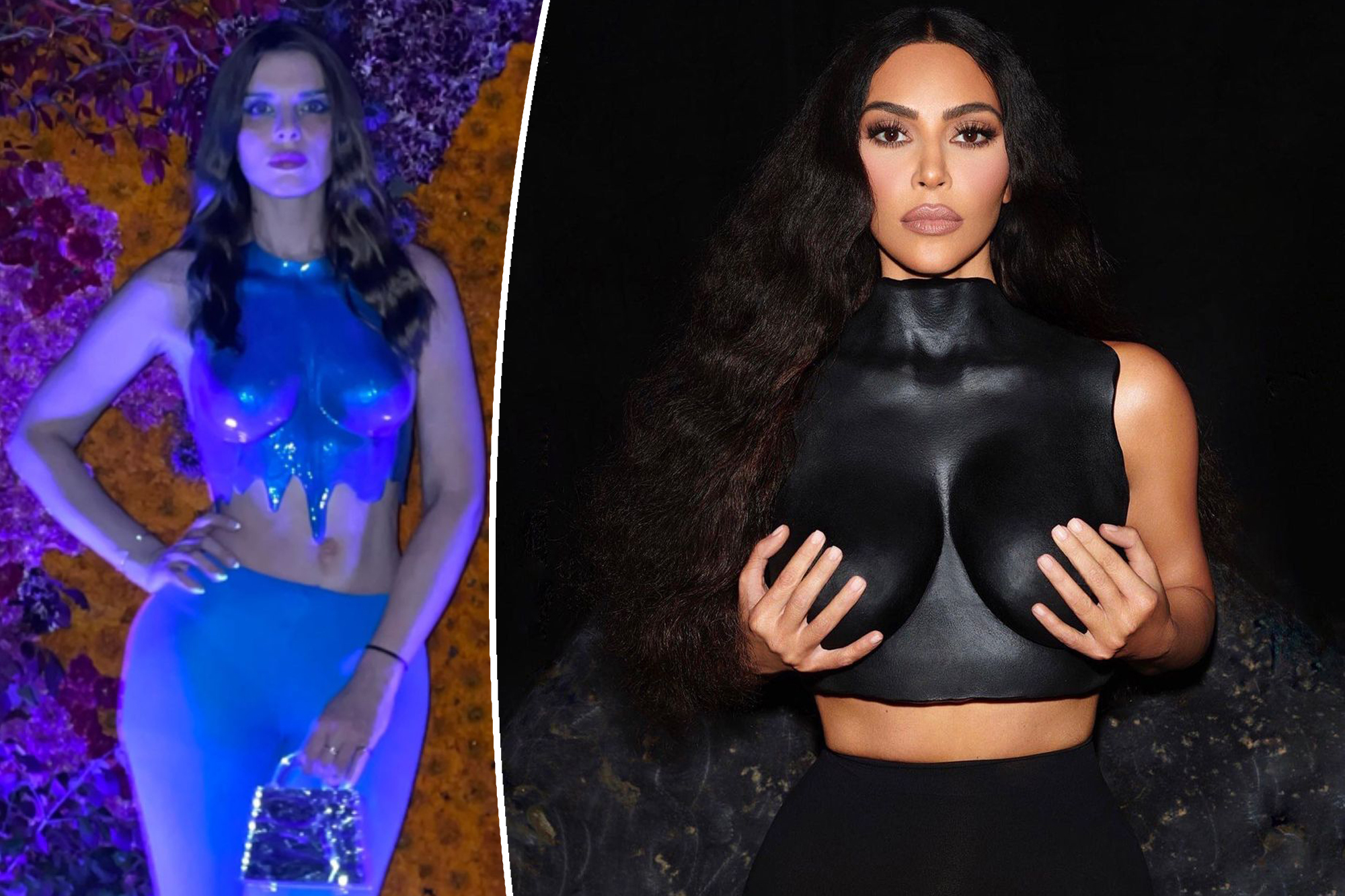 Julia Fox is the latest star to give designer boob armor a try.

The “Uncut Gems” actress, 31, modeled a bright blue breastplate with a trippy dripping effect on her Instagram Stories Monday, pairing the ab-baring piece with matching skintight pants and an itty-bitty silver handbag.

Like so much of what Kanye West’s new girlfriend has worn lately, the sculptural top is similar to a look recently seen on the rapper’s ex, Kim Kardashian.

Crafted by Studio Silius, Kardashian’s versions were cast in stone — making them more like art pieces than actual attire.

And while celebrating Christmas in 2020, the Skims founder donned a green gown from Schiaparelli Haute Couture featuring a molded leather bodice that lent the look of six-pack abs.

Fox has a history of putting her own spin on styles previously worn by Kardashian, from sheer Jean Paul Gaultier stripes to futuristic Balenciaga boots.

But these two stars aren’t the only fans of high-fashion breastplates.

After Tom Ford included glossy metallic versions in his spring 2020 collection, they promptly popped up on big names ranging from Gwyneth Paltrow (on the cover of Harper’s Bazaar) to Zendaya (at the 2020 Critics’ Choice Awards) to Kate Hudson (at Ford’s fall 2020 show).

Cardi B’s a fan of the trend too, having rocked a gilded breastplate by artist Misha Japanwala in her “Rumors” music video with Lizzo last summer. Japanwala also created a custom mold of the rapper’s curves for her pregnancy reveal in June.

In other words, there are more than just two contenders for the title of “breast dressed.”