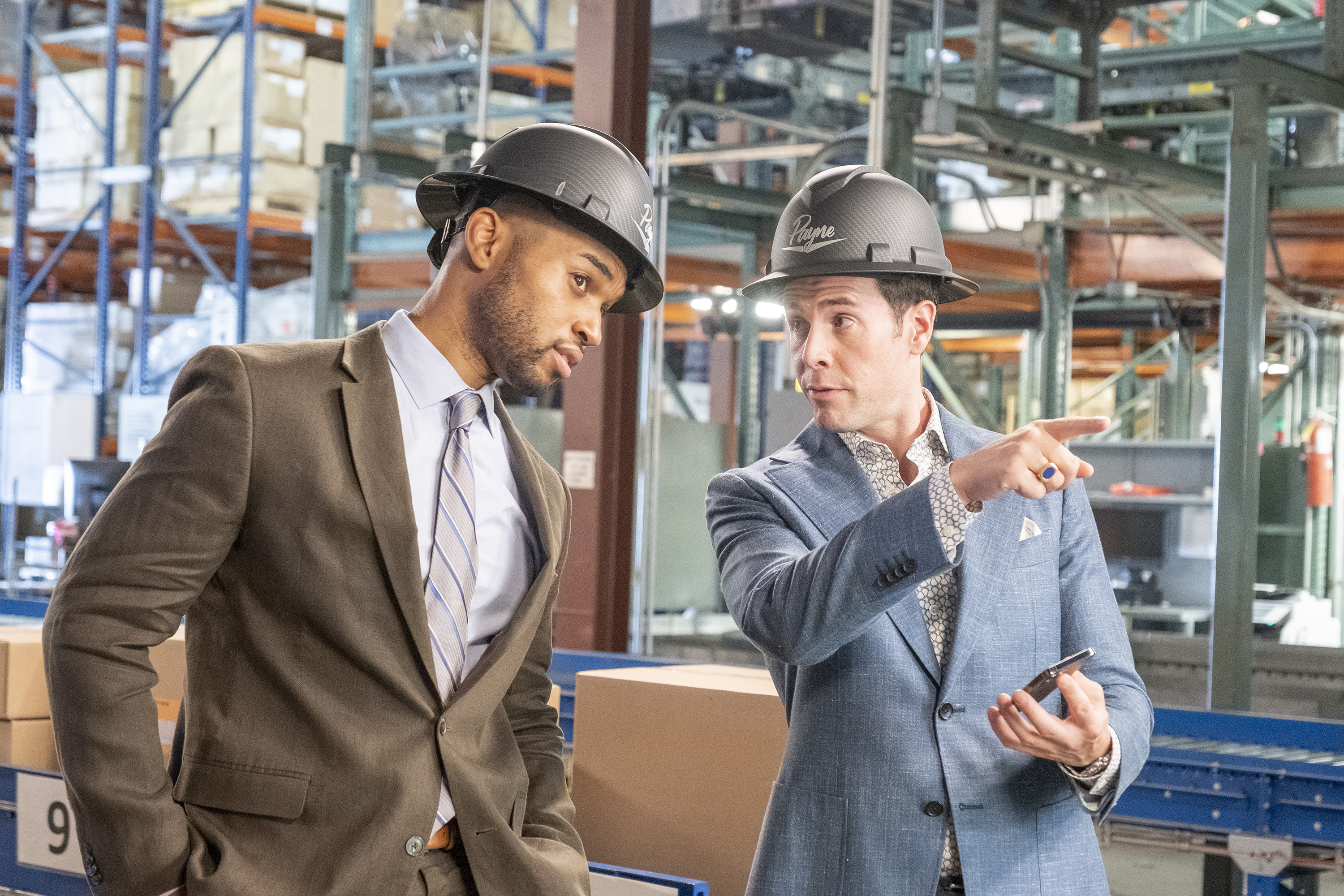 Jon Barinholtz can thank a bit of serendipity for shifting NBC workplace comedies from the big-box world of “Superstore” to “America Auto” and its sideways take on the auto industry.

“This project came to me while I was still on ‘Superstore,’” said Barinholtz, 42, who played Marcus White, the sophomoric, dim-bulb warehouse supervisor on the sitcom, created by Justin Spitzer (it ended its run last March). “Justin approached me about a show he was going to take out for pilot season — this was 2019 — and without even reading the script I knew it was going to be amazing.”

That series was “American Auto” and Barinholtz snared a co-starring role, but COVID shut production down in 2020 just as shooting was about to begin. “I thought it was going to go away as so many pilots did,” he said. “But, at the same time, ‘Superstore’ got picked up for a sixth season — and then [‘American Auto’] got the go-ahead as ‘Superstore’ ended.”

“American Auto,” airing Tuesdays at 8 p.m., revolves around life at struggling auto giant Payne Motors. Ana Gasteyer plays its newly imported CEO, Katherine Hastings, who knows absolutely nothing about cars (she doesn’t even drive) and relies on her motley-crew staff for guidance — including Wesley Payne (Barinholtz), the ne’er-do-well great-grandson of the company’s founder. He’s always in the office and in the thick of things — but no one seems to know exactly what he does there.

“He’s essentially an unfirable consultant,” Barinholtz said. “He’s not a good guy but he’s not a horrible guy. Marcus was a little more of a doofus and a goofball than Wesley, who read more prickly on the page and was originally written as a bit older than me. He’s kind of like a jerk … but I try to find his lovable side.

“He’s the type of person you may not want to hang around with but you agree to grab a beer with him — and then regret it.”

Spitzer told The Post that he had Barinholtz in mind for a role on “American Auto” from the get-go. “He’s one of my favorite actors and he’s delightful and just so funny,” he said. “I can’t count the number of times on ‘Superstore’ where we didn’t know how to get out of a scene and I said to the editor, ‘Let’s just look through the improv Jon gave us and we’ll probably find something.’

“You can just lean on him.”

“American Auto” is one of two TV projects in which Barinholtz is currently involved. He co-created and co-stars (as overweight baggage handler Mikey) in the animated Netflix series “Chicago Party Aunt,” which premiered last fall with star Lauren Ash — who played martinet boss Dina on “Superstore” — as Diane Dumbrowski, a Windy City hairdresser with a heart of gold. His brother, actor Ike Barinholtz, plays Mark, who’s married to Diane’s sister, Bonnie (Jill Talley).

Lauren Ash and Jon Barinholtz as Diane and Mikey in “Chicago Party Aunt” (Netflix).Courtesy of NETFLIX

“We have the next eight episodes that will drop this year, although there’s no release date yet,” Barinholtz said. “I’m really excited for people to check that out; we really go pedal-to-the-metal in the second half. We wrote all 16 [episodes] together and built the story arc throughout. Lauren’s Canadian and there’s a bridge there, a Chicago to Canada niceness, and she exudes that in Diane, who’s an over-the-top character but, at her core, operates out of love.

“We knew the second she read for the part that Lauren was the right person.”