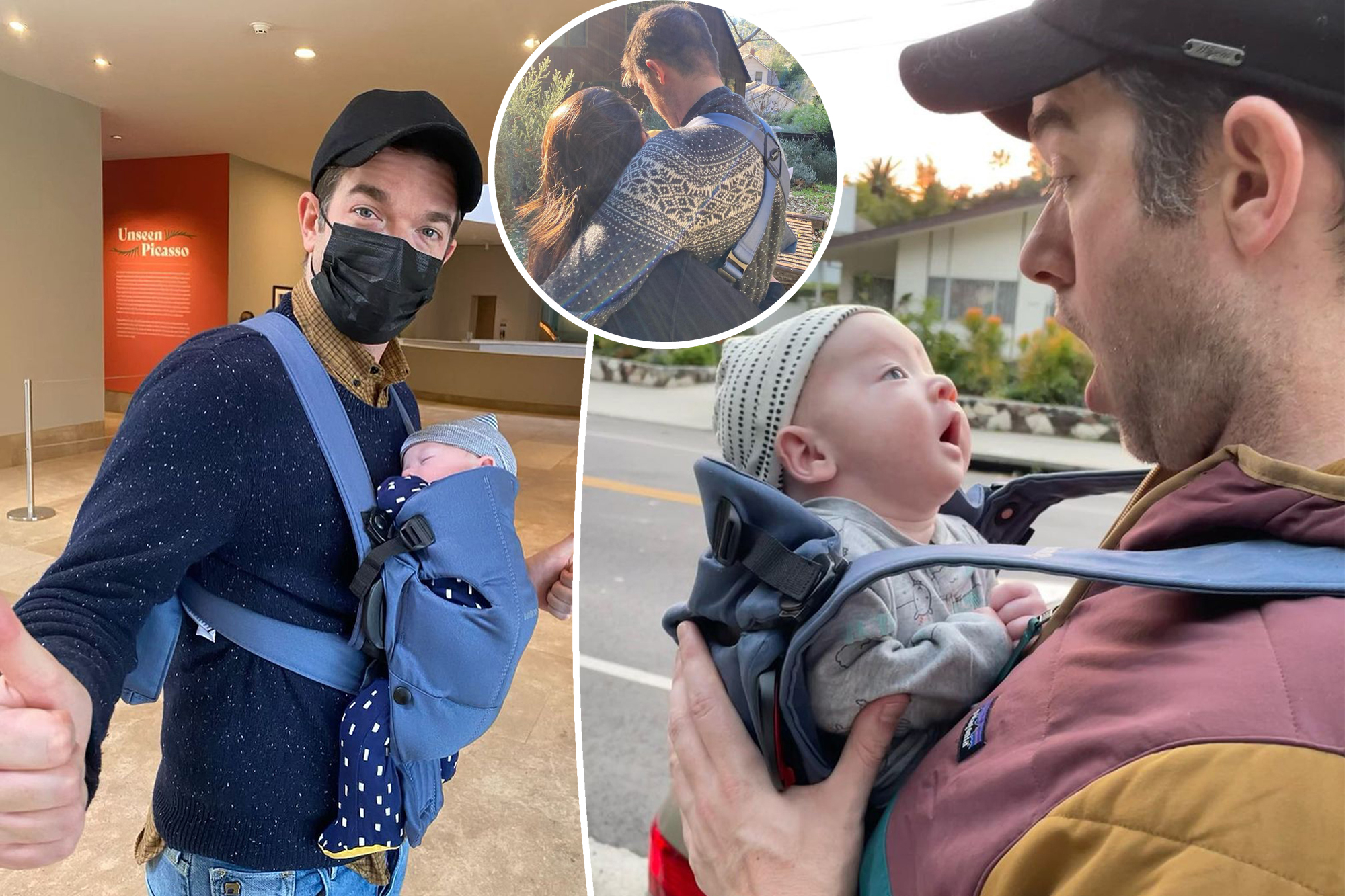 He’s wearing his heart on his sleeve and his baby on his chest.

John Mulaney celebrated two months of fatherhood by sharing a series of sweet photos with his and Olivia Munn’s baby boy, Malcolm.

“Happy Birthday to the tiny man who has been stuck to me for two months,” Mulaney, 39, captioned an Instagram post Monday. “Whoever you are sir, you sure are a fun companion.”

The “Saturday Night Live” star held his little guy against his chest in a BabyBjörn carrier in several snapshots included in the slideshow.

The comedian also shared a snap of himself carrying Malcolm while being embraced by Munn, 41, though both are facing away from the camera as the sun shines down on them.

Munn wrapped her arms around Mulaney in one of the photos.johnmulaney/Instagram

Mulaney, who welcomed Malcolm amid his divorce from artist Anna Marie Tendler, turned off the comments section of his post.

The Emmy winner has been relatively private about his son. This is only the second Instagram post about Malcolm since he and Munn became parents in November.

The “SNL” alum held his little one in a baby carrier.johnmulaney/Instagram

“Meet Malcolm Hiệp Mulaney. He has his whole life ahead of him. He hasn’t even tried seltzer yet,” Mulaney wrote in the previous post about his son, announcing the baby news. “I’m very in love with him and his whole deal. Happy Holidays.”

He first announced that he was expecting a child with Munn in September during an appearance on “Late Night with Seth Meyers.”

Malcolm donned a hat far too big for a newborn. johnmulaney/Instagram

Mulaney, who was in and out of rehab in late 2020, began dating the actress in spring 2021, and they were spotted together for the first time on a lunch date that June.

But the timeline of their romance was called into question due to his then-ongoing divorce.

Munn refused to clarify the chronology, telling the Los Angeles Times in November, “[Critics] think they know our relationship so well. When in reality, they don’t.”

The “Newsroom” alum previously dated Aaron Rodgers for three years, but they broke up in 2017.

Mulaney, for his part, was married to Tendler, 36, for seven years before they announced they were separating. The exes, who did not have any children together, finalized their divorce earlier this month.

Jeannie Mai says ‘nothing prepared’ her for postpartum
Michael called me a ‘pig, cow and horse’
Comment