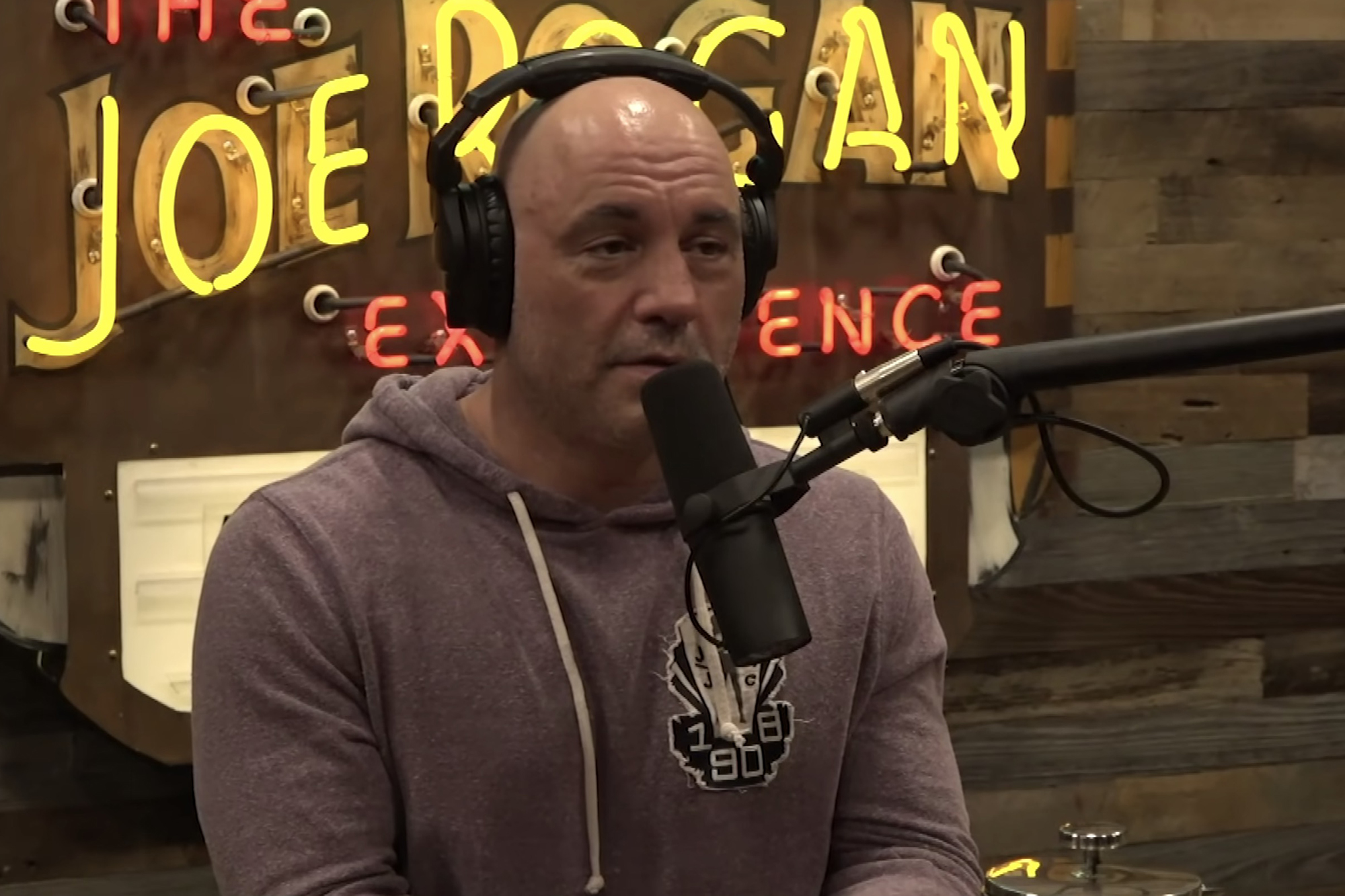 Joe Rogan has responded to a resurfaced clip of him using the N-word almost two dozen times while hosting his wildly popular podcast, “The Joe Rogan Experience.”

Calling the clip “the most regretful and shameful thing I’ve ever had to talk about publicly,” Rogan, 54, insisted the video consisted of “out of context” snippets from “12 years of conversations” on his show.

“It looks f–king horrible. Even to me.”

He continued, “I know that to most people, there is no context where a white person is ever allowed to say that word, nevermind publicly on a podcast, and I agree with that now. I haven’t said it in years.”

He then admits to using the word in his past, but claims it would only be within the context of the conversation.

“Instead of saying ‘the N-word,’ I would just say the word. I thought as long as it was in context, people would understand what I was doing.”

Grammy-winning singer India.Arie shared the now-viral clip of Rogan Thursday on Instagram while explaining her reasons for removing her music from Spotify, citing Rogan’s “language around race” and $100 million deal that she believes was built on the backs of musicians.

Singer India.Arie called Joe Rogan to the carpet over his use of the N-word. Getty Images for BET

While acknowledging that social media footage “can be doctored” and/or “taken out of context,” Arie, 46, argued that the stand-up and UFC enthusiast, “shouldn’t even be uttering the word — don’t even say it, under any context. Don’t say it. That’s where I stand. I have always stood there.”

Rogan claims, however, that he would often be discussing comics of yesteryear who used the word, or quoting bits from acts like Lenny Bruce and Paul Mooney.

He went on to explain his fascination with the word, and the fact that one race isn’t allowed to use it while another can use it in countless ways.

“It’s a very unusual word, but it’s not my word to use,” Rogan said in his apology video for using the n-word. Getty Images

“It’s a very unusual word, but it’s not my word to use,” he continued. “I never used it to be racist, because I’m not racist, but whenever you’re in a situation where you have to say ‘I’m not racist,’ you’ve f–ked up, and I clearly have f–cked up.”

The podcaster went on to address a clip of him referring to a black neighborhood as “Planet of the Apes,” after being dropped off to see the movie with friends in Philadelphia.

“I was trying to make the story entertaining,” Rogan claimed. “I did not, nor did I ever say that black people are apes, but it sure f–king sounded like that.”

“It wasn’t a racist story, but it sounded terrible.”

Rogan has been in the spotlight following Neil Young’s decision to remove his music from Spotify due to Rogan’s COVID “misinformation” and anti-vaccine statements.