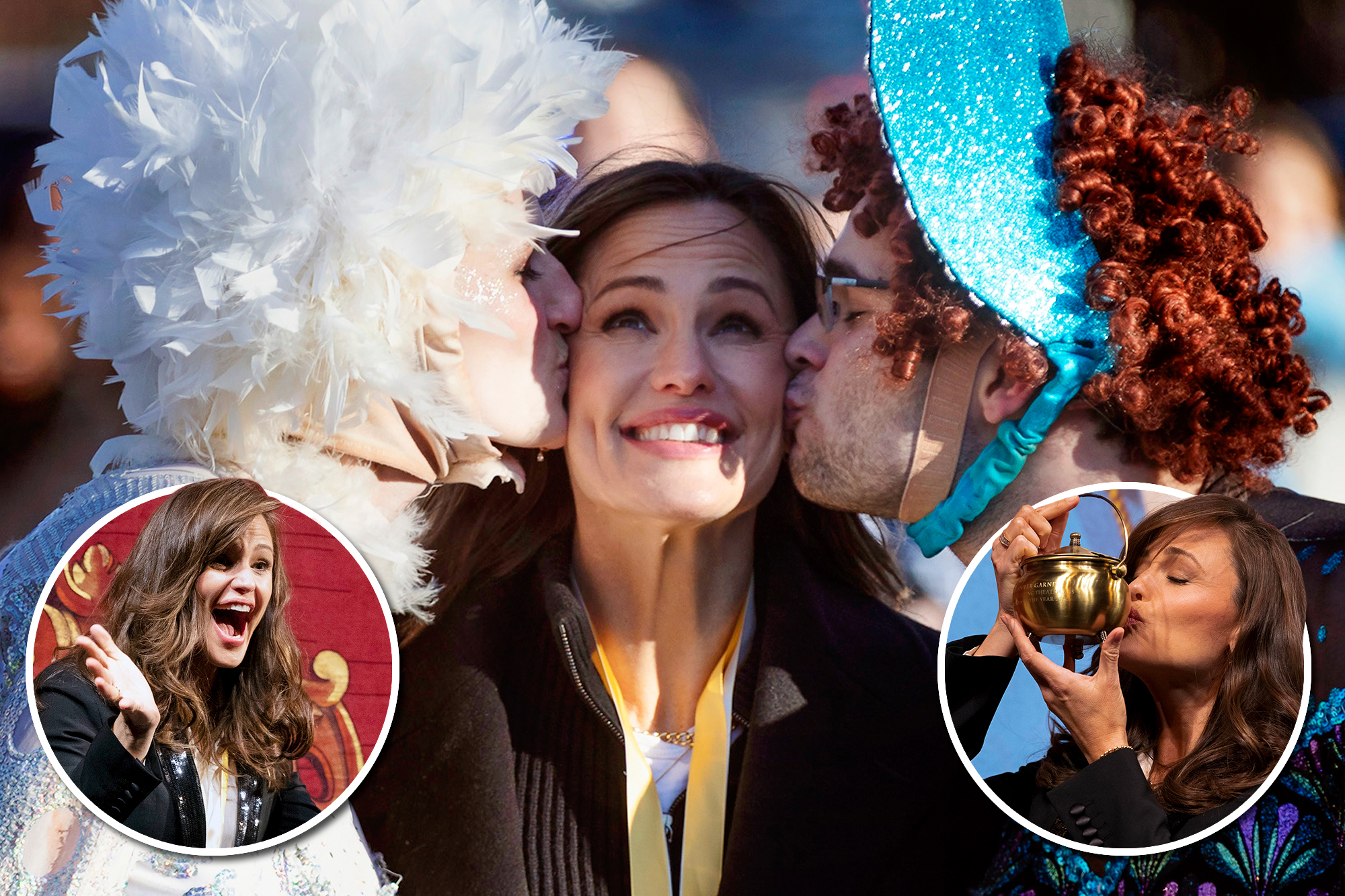 Garner was paraded through the streets of Cambridge, Mass. Despite the frigid temperatures, Garner, 49, was all smiles as she waved to the hundreds of spectators along the parade route.

“This is crazy. This is nuts,” Garner said, with jubilance in her voice, as she observed the large crowds from a red Bentley.

Additionally, Harvard’s famed theater troupe performed its latest production, “Ship Happens,” after the roast. This marked the organization’s third time featuring both men and women in their cast and its first production in two years since the coronavirus pandemic began in 2020.

“This is crazy. This is nuts,” the actress told the crowd in Cambridge, Mass., on Saturday.AP

At the parade, Garner was accompanied by several of the theater troupe’s members, who were dressed in elaborate costumes and drag.

Hasty Pudding Theatricals, which dates to 1844 and bills itself the third-oldest theater group in the world, established its Woman of the Year award in 1951 to honor people who have made “lasting and impressive contributions to the world of entertainment.”

Hasty Pudding organizers said they chose Garner based not just on her career as an actor but also because of her record as a philanthropist and entrepreneur.

“As a talented actress and philanthropist, Jennifer is a role model to all of us at Hasty Pudding Theatricals,” said the award’s organizer, Jacqueline Zoeller, in a press statement. “It is so wonderful to celebrate her in this exceptional year with the organization’s return to stage.”

Garner was later gifted with the group’s iconic pudding pot during a roast Saturday evening.AP

Garner was nominated for several Primetime Emmys for her role as Sydney Bristow in the television spy series “Alias.” She’s been lauded for her work in several movies including “Juno,” “Dallas Buyers Club” and “13 Going on 30.”

Garner is a Save the Children trustee and has advocated on Capitol Hill and around the nation to raise awareness and funds for the organization. She also co-founded the organic food company Once Upon a Farm in 2017, with a goal of providing children with the highest quality food grown using sustainable methods.

Jason Bateman, who played Garner’s husband in the 2007 film “Juno,” was feted earlier this week as 2022 Man of the Year.