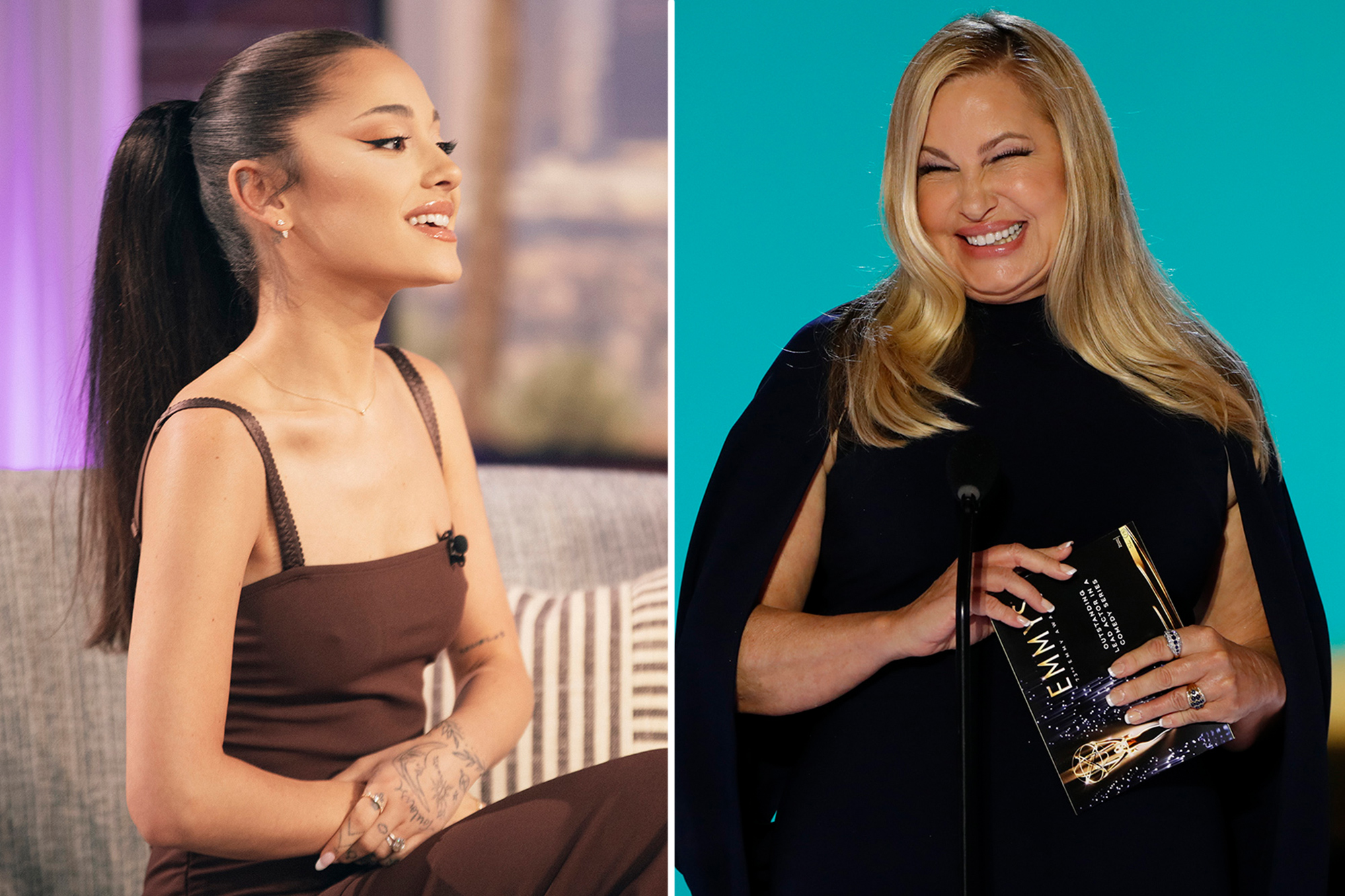 A Jennifer Coolidge Renaissance is in the making — and it is all thanks to Ariana Grande.

The “American Pie” actress, 61, credits the pop star, 28, for reviving her film career and taking her out of a slump.

Coolidge starred in Grande’s 2018 music video “thank u, next,” in which she played a cartoonish version of her iconic “Legally Blonde” character, manicurist Paulette.

“It was the beginning of a lot of cool things that happened for me,” Coolidge told Jimmy Fallon of doing the music video during an appearance Thursday on “The Tonight Show.”

“I was going through a dead zone — not much was going on,” she continued. “Then, Ariana did this imitation on your show, and you encouraged her, and then this ball got rolling!”

The “Don’t Look Up” star did a spot-on impression of Coolidge on Fallon’s show back in May 2018.

Jennifer Coolidge starred in Ariana Grande’s 2018 music video “thank u, next,” in which she played a version of her “Legally Blonde” character, Paulette.Getty Images

Since doing Grande’s music video, Coolidge has appeared in several high-profile projects in the last few years, including the films “Promising Young Woman,” “Swan Song” and “Single All the Way,” plus an acclaimed, Golden Globe-nominated turn in the 2021 HBO series “The White Lotus.”

In fact, Coolidge nearly passed on the “The White Lotus” role because she feared she had gained too much weight during the coronavirus pandemic.

“I just didn’t want to be on camera that fat because of my excessive eating during COVID,” she told Page Six in November.

During Thursday’s interview with Fallon, the “A Cinderella Story” star explained that she contacted Grande on Instagram, which led to the pair becoming fast friends, as well as the music video appearance.

“I was like, ‘No! She’s got 260 million followers! Those are robots. The robots answer the DMs,’” she said. “I did it anyway and then this response came back and then the next thing you know, I was like going to her house getting a wardrobe fitting for ‘thank u, next.’”

“Thank u, next” director Hannah Lux Davis previously spoke to Entertainment Weekly about Coolidge improvising many of her lines in the video.

Grande and Coolidge in a scene for the music video “thank u, next.”Courtesy of Ariana Grande/YouTub

“When the time came for this moment, their relationship was already primed and ready for this. She was so fun and was such a blast, and she was really game,” Davis remembered. “Seeing her in the same hair and makeup and having her in the clothes that are so similar [to the clothes in ‘Legally Blonde’], it’s crazy, she hasn’t aged a day! She’s still the same Paulette.”

The “Legally Blonde” actress has since starred in several projects in the last few years, including “The White Lotus” and “Promising Young Woman.”NBCU Photo Bank via Getty Images

Coolidge dished a few secrets for the 20th anniversary of “Legally Blonde” last year along with star Reese Witherspoon. The pair discussed the famous scene where Elle Woods (Witherspoon) and Paulette do the “bend and snap” dance at a hair salon. While Oscar winner Witherspoon, 45, picked it up quickly, Coolidge didn’t.

“One day I said to [the choreographer], ‘I’m not Elle, I’m the other character, Paulette, and I wouldn’t be really good at the ‘bend and snap.’ That’s not who I am,’” Coolidge said at the time. “And [the choreographer] said, ‘Jennifer, you need to learn this dance number and do your very best, because even if you’re trying to do your very best, you will still be the worst dancer.’ It was a very sobering moment. But she was right.”

John Stamos shares eulogy he delivered for Bob Saget
Louie Anderson’s death mourned by comedy world, Hollywood
We use cookies on our website to give you the most relevant experience by remembering your preferences and repeat visits. By clicking “Accept All”, you consent to the use of ALL the cookies. However, you may visit "Cookie Settings" to provide a controlled consent.
Cookie SettingsAccept All
Manage consent