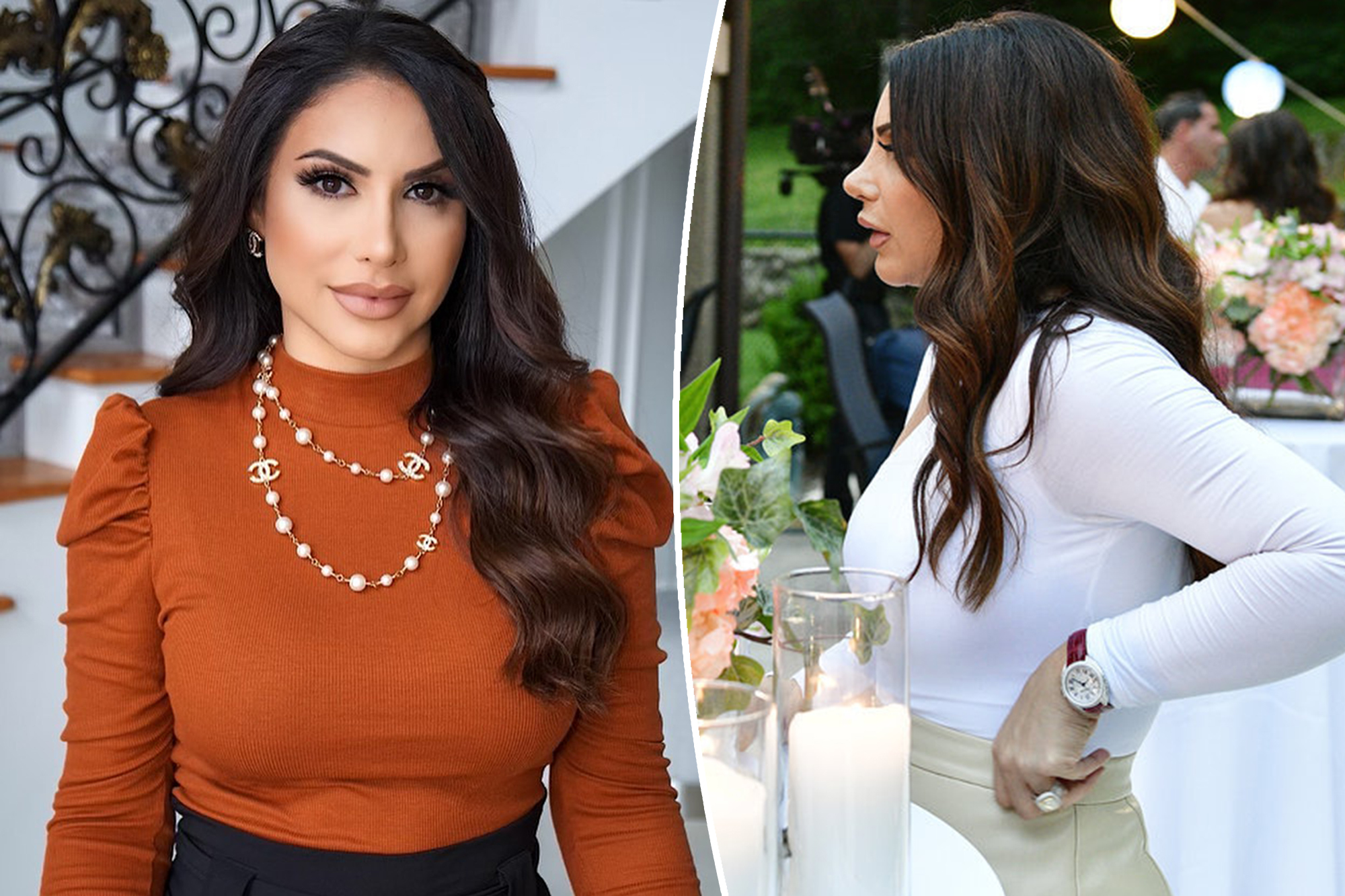 Just weeks before “The Real Housewives of New Jersey” went back into production last summer, Jennifer Aydin underwent rhinoplasty in her native Turkey — a decision that she says is to blame for her “wackadoo” appearance in tonight’s Season 12 premiere.

“I know it looks wackadoo in the first episode and I was expecting as much. When we got the schedule, I had already booked my surgery,” the Bravolebrity, 44, explains in an exclusive interview with Page Six.

“I was like, ‘Oh my God, when we start filming, I’m going to be like five weeks out.’ And then I was thinking, ‘You know what? I’m not planning on hiding it. Maybe I could just have my journey while everybody watches.’”

Aydin acknowledged that her shaved-down schnoz was in its early stages of healing when cameras started rolling.

“It didn’t start off so good, not going to lie,” she admits, later reiterating, “It did look kind of crazy-wackadoo.”

The reality TV personality said that she is aware of the critical comments from online trolls who don’t agree with her latest cosmetic work: “Everybody’s opinions that I’ve read, I feel you, I hear you.”

However, Aydin clarifies that she is happy with what she sees in the mirror today.

“I feel like it’s settled in really nicely,” she notes. “These things, you have to give it a year — you do. With any type of plastic surgery. I would know!”

Aydin’s nose job came in tandem with a chin implant, which she has since removed.

The Bravo star, who is married to plastic surgeon Dr. Bill Aydin, debuts her latest round of cosmetic work on TV tonight. Eugene Gologursky/Bravo

“I’m excited for my next type of filming, whatever that is. I’ll be healed and my old chin will be back with my new nose that can still smell a rat,” she said in a Tuesday Instagram Story post, referencing her new “RHONJ” tagline.

While speaking with Page Six, Jennifer explained that her plastic surgeon in Turkey and her plastic surgeon husband, Dr. Bill Aydin, previously encouraged her to elongate her chin. She also revealed that two of her three siblings told her they got chin implants years ago, further convincing her to do the same.

As fans are well aware, the self-proclaimed “extremely secure and confident” Jennifer has gone under the knife before. Her surgeon spouse previously performed a breast reduction, breast lift and liposuction on her in the summer of 2019.

Jennifer, seen here at the “RHONJ” Season 11 reunion, previously underwent a breast reduction, breast lift and liposuction in the summer of 2019. Heidi Gutman/Bravo

“It’s all tweaking, it’s all about the journey. Sometimes if it doesn’t work out the first time, maybe I’ll think about a revision [on my nose] in the future. I’m not against it,” she said.

“We’ll see. But I’ll let you know once something happens, that you can be sure of!”