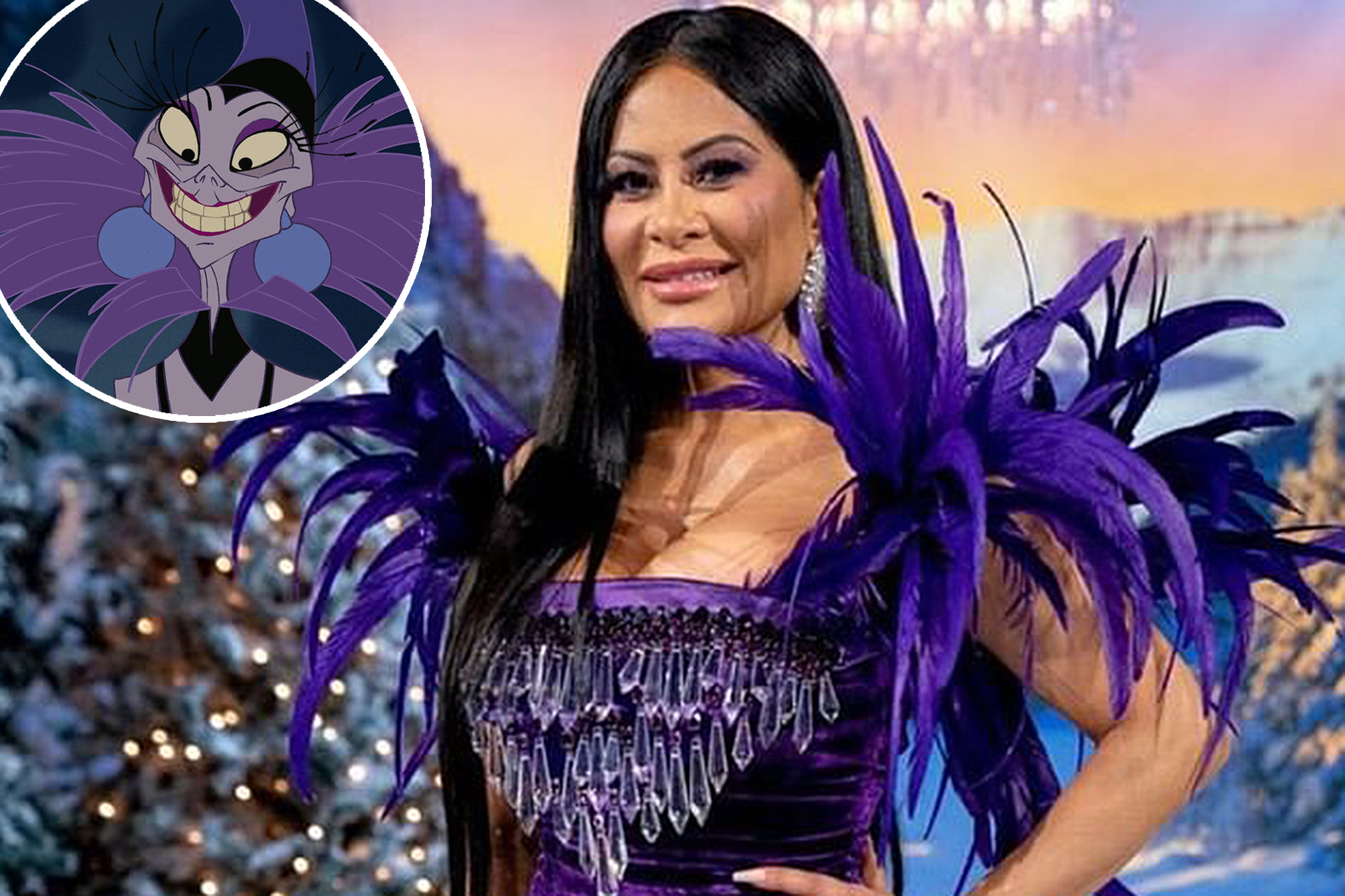 But when a “Housewives” fan account suggested the cartoon character served as Shah’s “fashion inspiration” for the occasion, the reality star didn’t hold back.

“It was actually @iamcardib but I wouldn’t expect you to know that,” Shah retorted, as captured by a Comments by Bravo screengrab.

Crafted from violet-colored velvet, the look features bold feathery shoulders and dozens of chandelier-style crystal drops at the neckline.

It’s worth noting that plenty of fans also picked up on the similarities between Shah’s style and the “WAP” rapper’s, but their comments weren’t exactly positive.

“That cannot be the same dress. Jen’s looks like the Fashion Nova version,” one person quipped on Fashion Bomb Daily’s comparison of the two gowns. “Looks better on Cardi,” another agreed, while a third wrote, “Jen’s stylist did her wrong.”

Shah’s not the only member of the “RHOSLC” cast to get flak for her reunion fashion choice.

“I’m going to report Meredith to PETA for skinning Muppets,” one viewer joked on Instagram of Meredith Marks’ teal feathered Christian Cowan suit, while another remarked of Heather Gay’s navy velvet gown, “I love Heather but she’s dressed like the mother of the bride.”

“Was the theme ‘dress your worst?’” a third person asked of the group, while a fourth wrote of the lineup, “This might be the worst in ‘Housewives’ history.”

Kendall Jenner Is Back Walking The Runway And Making Some Daring Fashion Choices!
Amelia Hamlin’s Top Is ‘M.I.A.’ In New Hot Pics That Show Her Wearing Nothing But A Pair Of Pants!
Comment