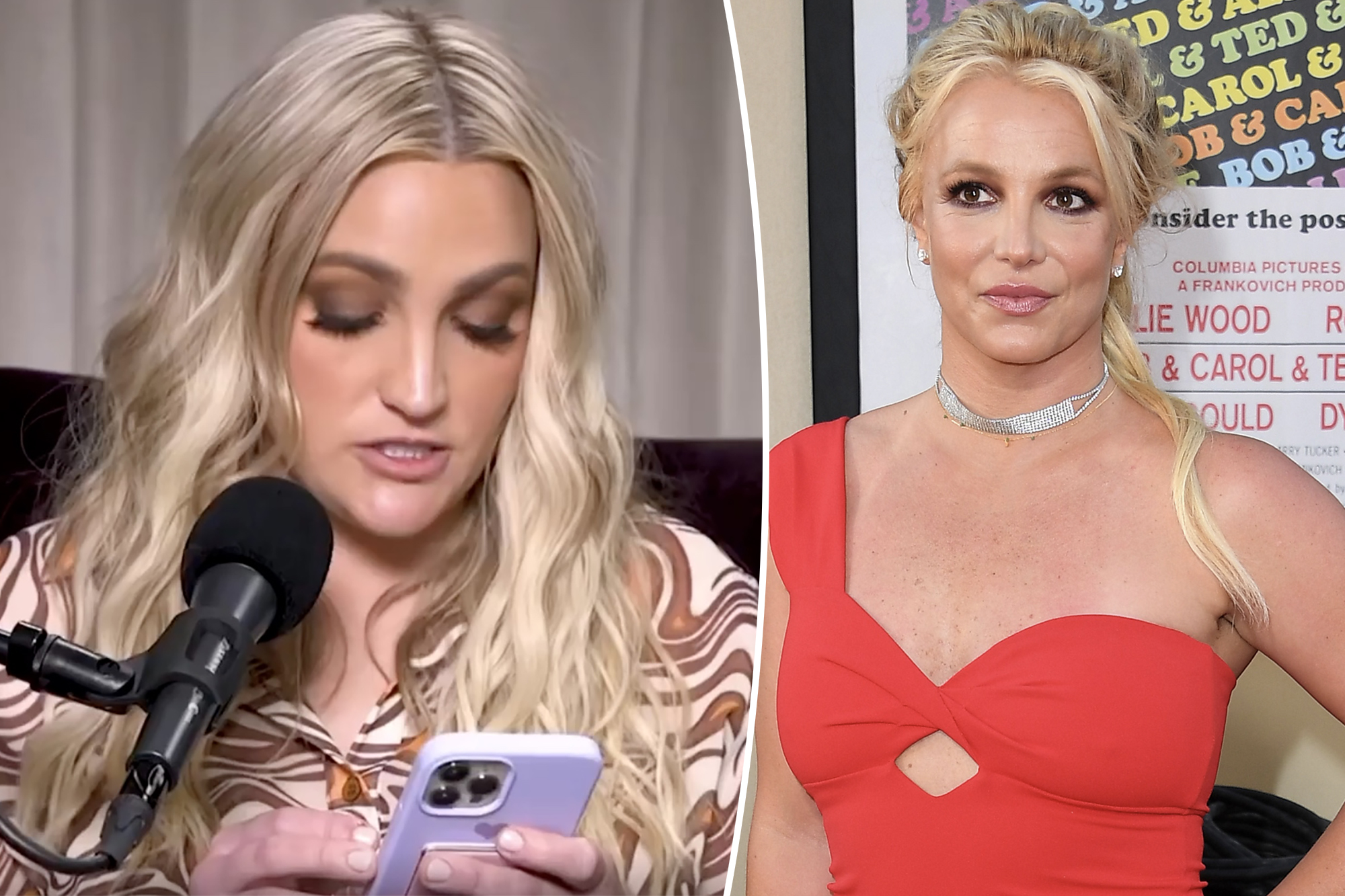 During part two of her “Call Her Daddy” podcast interview with Alex Cooper, Jamie Lynn shared screenshots of the purported text messages she allegedly sent Britney in November 2020, as the pop superstar was still fighting to end her years-long conservatorship.

“PLEASE READ, IMPORTANT INFO, that you should know, because it seems concerning to me,” Jamie Lynn began, alerting Britney — saved in her phone as “My Sister” — that their mother, Lynne Spears, had been communicating with Ingham. The texts also implied that Lynne and Britney were not talking at the time.

“Mom and her lawyers have been in constant contact with Sam Ingram [sic] about everything, and I first found that strange since you and mom are not even speaking. I did not understand why mom would be involving herself or inserting HER opinion to YOUR lawyer, ESPECIALLY if you did not ask her to,” Jamie Lynn, 30, wrote.

Jamie Lynn then suggested that Lynne’s involvement was an effort to hurt ex-husband Jamie Spears — the sisters’ father — rather than help Britney, 40, end the restrictive legal arrangement that was established in 2008.

“I quickly realized, moms focus has been on dad, and her personal attack on him, instead of on you and what you need. I think she has your lawyer fighting more for HER agenda then yours and it’s only delayed your progress, and cost you more money,” the former “Zoey 101” star wrote.

Jamie Lynn claimed in her texts to Britney that she would step in if “Sam [tried] to deny” working with Lynne’s legal team. “We can all get on the phone, and I’ll be sure to admit the truth, because I have read the messages and heard the conversations,” she wrote.

Jamie Lynn added, “He also made so many mistakes at his last court date, which is why you were denied once again. I don’t know if he did such a bad job on purpose, but it’s strange that a lawyer would leave so many holes in his position, which made it an easy denial.”

Jamie Lynn suggested that Ingham — who ultimately resigned as Britney’s lawyer in July 2021 after his client’s explosive court testimony — extended the court battle because he enjoyed the media coverage.

“He absolutely loves all the attention he gets from the #freeBritney fans, he thinks it’s his fan club now, which is so weird to me,” Jamie Lynn wrote, despite the #FreeBritney movement being largely critical of Ingham’s performance.

The sisters’ father, Jamie Spears, established Britney’s conservatorship in 2008 to control her personal, medical and financial affairs.AFP via Getty Images

Jamie Lynn then recounted a trip to Hawaii with Britney, during which the sisters allegedly spoke to Ingham over the phone about taking steps to end the conservatorship.

“I was trying to help you figure out you [sic] conservatorship situation, and you called Sam for his help, and he sat there and listened to us, but as soon as we hung up, he immediately called dad and said, that I needed to [be] watched because I was trying to take down the conservatorship,” she wrote. “He turned on you in a second, which is why I NEVER trusted him.”

Jamie Lynn also claimed that Jamie wanted to resign “and [had] for sometime now” — but alleged that Ingham was working to delay his resignation.

“Dad has been aware of the relationship between mom, mom’s lawyers, and Sam, so he just wanted to speak with you himself, to make sure everything being said and done by them was truly what you wanted, but Sam will not allow dad to speak to you at all, which drags out this legal process for you, and that clearly benefits Sam…”

Jamie Lynn said that her attempt to help Britney resulted in her “not speaking” to Lynne, but told Britney that it was worth it as long as she could help.

“I think it’s the right thing to do for now, so that you know everything and aren’t being fed bull s—t,” she wrote. “I have no reason to send this to you, other then [sic] I love you, and I’m trying to be helpful. I’m here if you need anything. Love you.”

Page Six has reached out to Britney’s rep to confirm the authenticity of the texts.

Britney and Jamie Lynn have been feuding for weeks as the younger sibling promotes her new memoir, “Things I Should Have Said.”Disney General Entertainment Con

Britney alleged to the court in June that, under the watch of her father, she was forced into a mental health facility, prescribed lithium and had an IUD contraceptive inserted, all against her will.

In a follow-up message allegedly sent to Britney in November 2020, Jamie Lynn claimed that Ingham played a part in Britney’s four-month stay at the mental health facility at the start of 2019.

“I was able to find out that Sam INGRAM [sic], your lawyer was the one who looked into it and I believe even toured it,” she wrote. “And said it was the best place for you to go. I don’t know if you knew that, but I was very surprised by that information. I’m gonna keep trying to contact you and help you, even if you never respond.”

Jamie Lynn added, “I have proof of this as well, so you can have all the information you need.”

Britney has said in the past that she would like to “sue [her] family” for their roles in her 13-year conservatorship that she has deemed “abusive.”

Britney has even accused her mother of giving Jamie the idea for the conservatorship alongside former business manager Lou Taylor. Still, the entertainer has asserted that she wants her father charged with “conservatorship abuse” and sent to jail.

After Britney retained her own counsel, power attorney Mathew S. Rosengart, in July 2021, her conservatorship was finally terminated that November.

Britney and Jamie Lynn have publicly been feuding for weeks as the younger sibling promotes her new memoir, culminating in cease-and-desist letters attempting to bar each other from any more public jabs.

Anna Kendrick and Bill Hader have dated for a year: report
Nick Cannon reveals his biggest insecurities in the bedroom
We use cookies on our website to give you the most relevant experience by remembering your preferences and repeat visits. By clicking “Accept All”, you consent to the use of ALL the cookies. However, you may visit "Cookie Settings" to provide a controlled consent.
Cookie SettingsAccept All
Manage consent