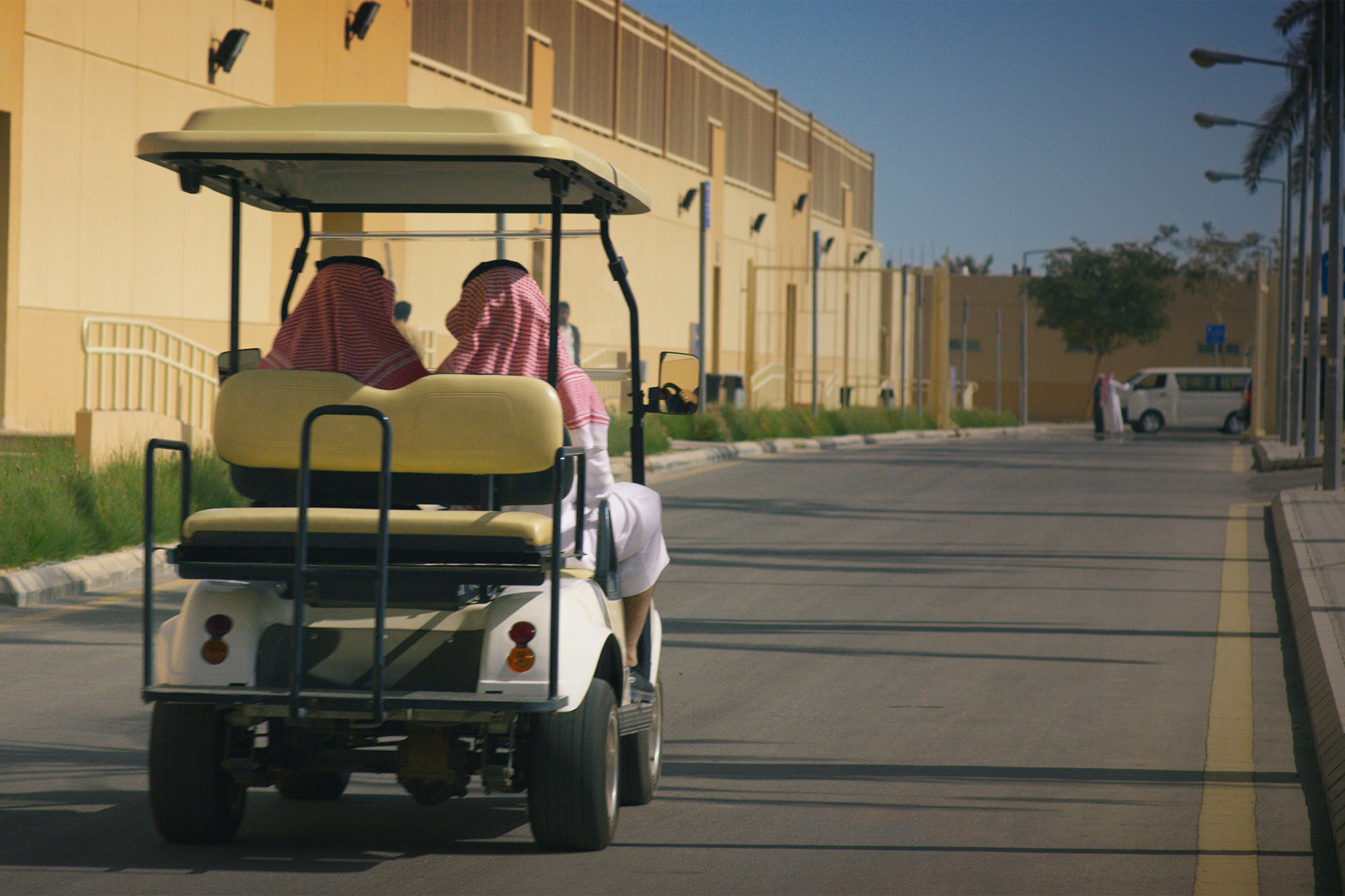 Since 2007, more than 3000 terrorists and extremists have been housed in a beautiful rehabilitation center in Riyadh, Saudi Arabia, in hopes of reentering them into society.

Surrounded by palm trees, the modern facility boasts a swimming pool, art studio, billiard and ping pong tables and televisions. Some of its inhabitants who go on camping trips and play volleyball acted as bodyguards for Osama Bin Laden and were part of the Taliban.

A new documentary that premiered Saturday in the Sundance Film Festival, “Jihad Rihab,” ventures inside the controversial building — with permission from the Saudi government — and profiles four former terrorists’ yearlong stint.

“This program is directed to extremists, terrorists, so it’s tailored for this group,” said Dr. Hameed, who runs the center, in the documentary. “When we talk about terrorists, society would like to punish them. OK. Have your punishment. But how to deal with him after we’ve already punished him? And this is what happens at the center.”

The Muhammad bin Nayef Counseling and Care Center was founded by its namesake Prince Muhammad bin Nayef, as a pillar of Saudi Arabia’s new method for dealing with terrorism. Once released from Guantanamo Bay, prisoners — not unlike American convicts — tend to relapse back to their old, destructive behaviors. The center’s aim is to rewire them.

“Our goal,” said one teacher, “is to teach them critical thinking, starting with eliminating the extremist ideologies they were force-fed.”

They claim an 85% success rate.

“Jihad Rehab” introduces four Yemeni terrorists, who were released from Guantanamo and sent to the center with cooperation from the Saudi Arabian and US governments.

They learn a few ground rules: they cannot be released until at least 12 months of learning and evaluation; they wear ankle bracelet trackers; they cannot see or contact their fellow residents once they leave; and at least one family member in Saudi Arabia needs to sponsor them.

That relative is liable for what the man does when he leaves the center. If he returns to terrorism, the family member faces jail time.

If Guantanamo Bay was harsh and inhuman, the counseling and care center is anything but. During art classes, the residents paint brightly colored flowers, oceans and fists punching through the earth.

Director Meg Smaker was allowed unprecedented access to the rehab center. Courtesy of the Sundance Institute

“Use the medium of your choice to express what is inside you, your feelings,” the art teacher says in the doc.

Ali is the younger brother of Yemeni Al Qaeda leader Qasim al-Raymi. Qasim forced him to train in weaponry at the Al Farouq camp, which led to 16 years spent in Guantanamo. He claims he was frequently tortured to get him to admit that Qasim was his brother, and he finally cracked under the pressure.

“I love my brother, and I hate what he did to me,” Ali says after several months at the center. “And as long as he is alive, more people will die. The more problems he will cause for me and my family. It’s because I love him, I wish him to die before losing everything.”

Al-Raymi was killed in a US airstrike around early 2020.

The residents are also taught theology — that terrorist organizations’ understanding of the meaning of jihad is wrong (it is supposed to be conducted by the state, not individuals or splinter groups) and that they know very little about their religious “enemies.”

“Here, I learned something I didn’t know before,” says a man named Mohammed, a member of Al Qaeda who was incarcerated for armed hostilities against the US. “Like, what’s it mean to be Christian and Jewish. It opened my mind. Like, why did I take the weapon? Like, why did I do something bad? Like what Jesus said, ‘Forgive me.’”

Returning to the outside world after more than a decade of imprisonment is a struggle for the men. Many Saudis don’t want to befriend or employ former Guantanamo inmates. Also, since most of them were recruited to terrorist cells as teens, it is difficult to find a wife and start a family in their 30s.

One scene depicts a class giving tips about marriage and women.

“Women are very detail-oriented,” the instructor says. “For example, now you smell like sweat. You sweat a lot. How will she put up with you? Dress nicely for her. Spoil her! Give her a beautiful nickname.”

They’re also taught the basics of budgeting and encouraged to find work to keep themselves busy.

When they “graduate,” they’re each given a car, a house and spending money. The center believes that if they don’t provide them the basics on which to live, Al Qaeda will snare them back.

The program, however well intended, is hardly ironclad.

“Just the other day we had an incident,” an instructor says in the doc. “A person who was at the center. And after his graduation we cut his ankle bracelet, [and] he disappeared. When they found him, he had a weapon with him. He was in a confrontation with the police. Officers, they shoot back and he was killed.”

Another man, the film says, “conned” the center, pretended to be rehabilitated and immediately returned to Al Qaeda upon release.

“We don’t claim that we are 100% successful,” adds the instructor. “But we are sure what we are doing is on the right track.”