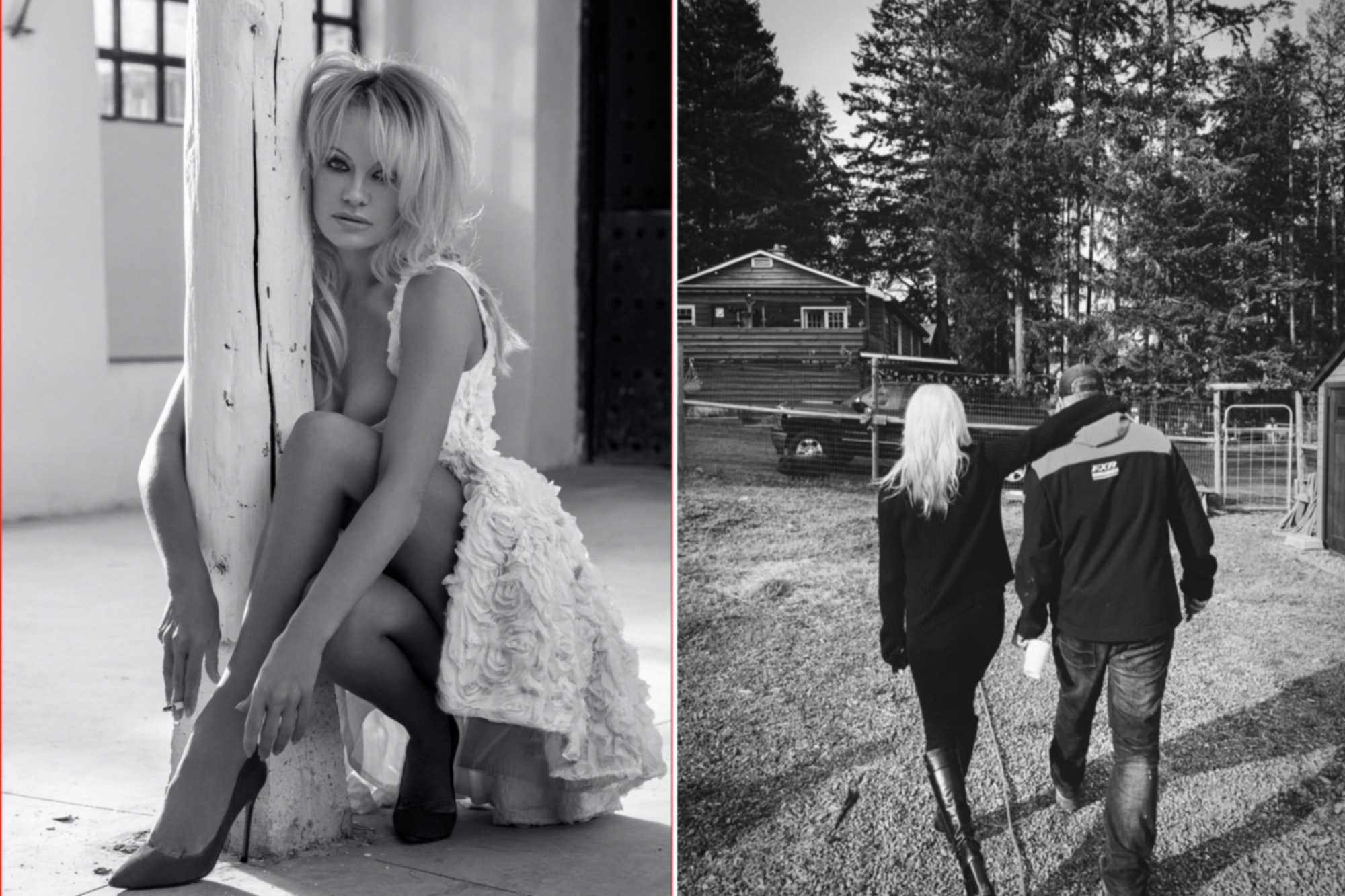 Pamela Anderson has just filed for divorce from her fifth husband Dan Hayhurst — and sources say it was because he was “unkind, unsupportive” and “a dick.”

The “Baywatch” bombshell is filing for divorce in her native Canada — her rep confirmed to Page Six — where she and her now-estranged husband have been living since they wed on Christmas Eve 2020 on her Vancouver Island home.

He was previously the 54-year-old Anderson’s bodyguard and a contractor at her home before their romance blossomed.

A source close to the doomed couple said while things were initially blissful initially the pandemic, being quarantined together ultimately took its unromantic toll.

The source said, “Dan turned out to be a dick to Pamela — he was unkind and unsupportive. After you spent two years living every second with someone, you get to know them better — and for worse.

“They got to know each other better, and in doing so, Pamela realized Dan is in fact not the one. “

The source added, “Things are not amicable at all between them at the moment, because she decided they had nothing in common, he didn’t treat her in the way she felt she wanted to be treated.

“They had been fighting, even though he said he wanted to make the marriage work.”

The source added, “She had initially said it was nice to be with a regular guy who could change a lightbulb, but in the end, while the lightbulb was nice, he couldn’t fulfill her other needs.”

While Anderson is best known for her bombshell TV and movie roles, and that sex tape, she has in recent years become an activist for causes including animal rights, anti-sexual abuse and pornography, and a supporter for free speech and Wikileaks founder Julian Assange — and she takes these causes very seriously.

A rep for Anderson confirmed the split to Page Six but declined to comment further. Hayhurst and his reps could not be immediately reached.

Rolling Stone first reported on Thursday that Anderson and Hayhurst were divorcing after one year of marriage.

“Pamela loves as authentically as she lives,” a source told the magazine, adding that their romance was a “pandemic whirlwind” that petered out.

However, their relationship was plagued with drama from the outset, when Hayhurst’s ex Carey came forward with furious allegations that Anderson split up their family.

“I want people to know that my almost five-year relationship, with three children involved, ended because of the affair Pam and Dan started while he was still with me,” Carey told the Sun after the marriage made headlines.

“It’s sad that people celebrate this and cheer them on when it started with deceit, denials and life-shattering choices for all the people involved.”

Anderson and Hayhurst’s romantic bliss wasn’t buzzed by his ex’s claims at the time, and they gave a now-famous interview from their marital bed.

She gushed at the time, “He’s the kind of guy I probably would have met if I would have stayed home and not went around the world and got crazy. I mean, I came home in one piece. It’s nice to be with, like, a real man who can actually change a light bulb.”

Page Six exclusively revealed in 2020 that Anderson was dating Hayhurst after divorcing then-husband Jon Peters, to whom she was married for only 12 days.

She was first married to Tommy Lee, with whom she shares sons Brandon, 25, and Dylan, 24. She then married and divorced Kid Rock in 2006.

Anderson wed music producer Rick Salomon twice, first in 2007, which ended with an annulment. In January 2014, they wed once again, with Pamela again filing for divorce after six months.

She married film producer Jon Peters in 2020 and divorced him 12 days later, her fifth divorce.