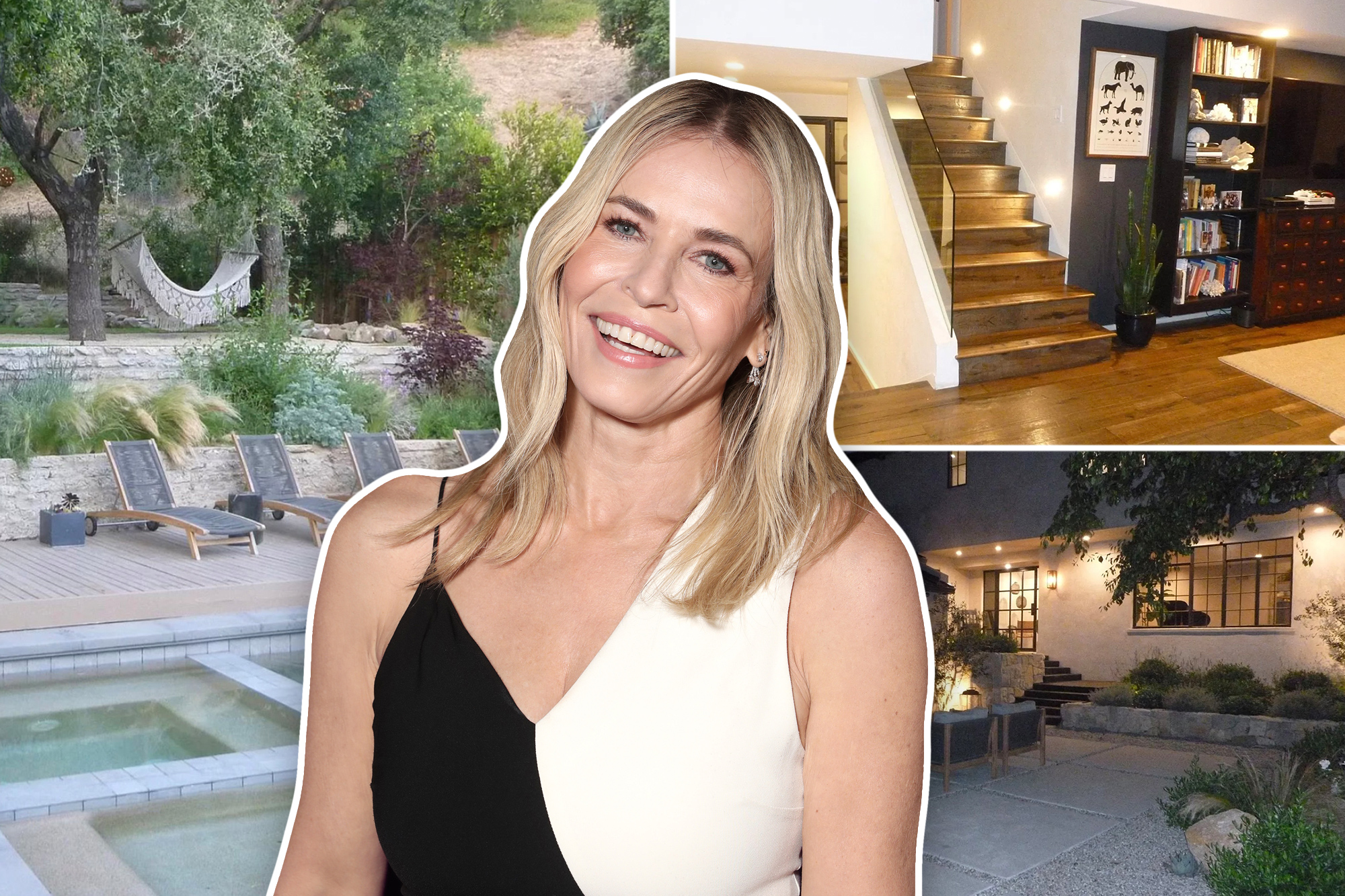 This comedienne knows how to handle a pretty impressive real estate portfolio.

After Chelsea Handler sold her longtime Bel Air estate last year for $10.5M, she spent the majority of 2021 in an $18,000-per-month rental in the same neighborhood, The Post has learned.

It was while living in this home when she rekindled her relationship with fellow comedian Jo Koy.

The two have been linked romantically since last July.

The listing describes the residence as a “rustic modern architectural home” with a harmonious indoor-outdoor flow.

Situated on more than half an acre of park-like grounds, the gated estate features a separate casita alongside the main house, as well as a courtyard.

The interior boasts an open floor plan with high-pitched ceilings and wood-burning fireplaces throughout. Mature oak trees surround it on the outside. The primary suite features a balcony overlooking what the listing describes as a “camp-like” yard.

The path to the house. Courtesy of Zillow

The stairs leading to the main level of the home. Courtesy of Zillow

The Zen-themed home is surrounded by mature oak trees. Courtesy of Zillow

The open floor plan incorporates easy access to the outdoors. Courtesy of Zillow

The primary bathroom holds a soaking tub. Courtesy of Zillow

The salt water pool and spa. Courtesy of Zillow

Amenities include a salt water pool and spa, a treehouse and an outdoor dining area.

As The Post previously reported, Handler sold the first home she had ever purchased after 10 years as its owner for $10.5 million last February.

The comedian moved out of the rental in September and is currently living with Koy, 50, while on tour. A new tenant took over the vacated property in November.

Handler and Koy knew each other for decades before their friendship blossomed into a romance during their days on Handler’s E! talk show “Chelsea Lately,” which ran from 2007 to 2014. Koy was frequently on the show as a guest.

“If someone told me I would fall for the love of my life at 46 and that he was someone I had known for all these years, I would have just blown my brains out,” Handler wrote in a previous Instagram story. “And, here I am. Don’t give up. Your person is coming.”

Roland Emmerich debacle is a waste of space
Where is Lil Nas X? Worried fans wonder why he’s MIA for 2 months
Comment