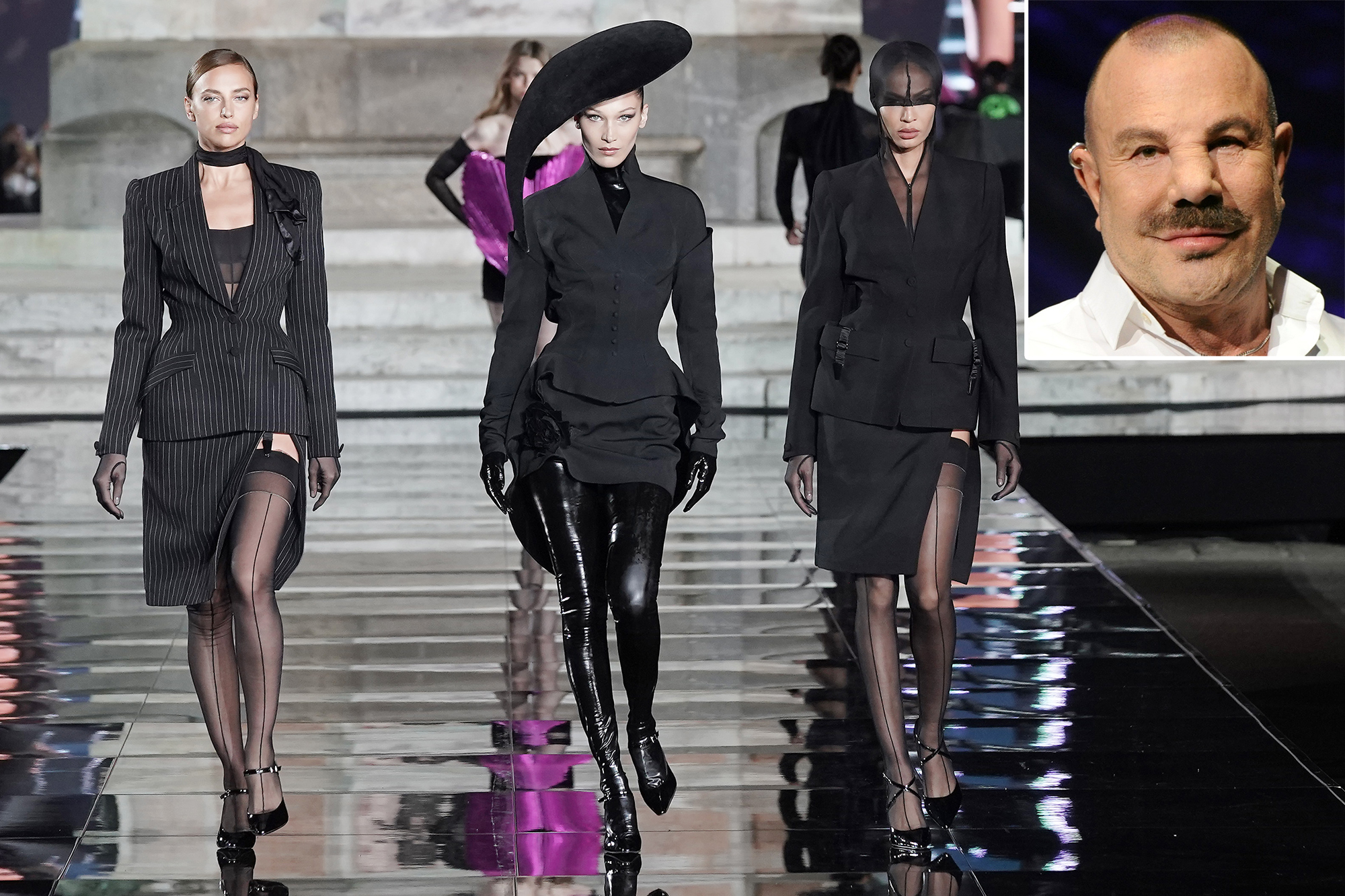 Mugler, a dominant force in the fashion industry in the 1980s, died of “natural causes,” his agent Jean-Baptiste Rougeot told AFP in a statement.

“We are devastated to announce the passing of Mr Manfred Thierry Mugler on Sunday January 23rd 2022. May his soul Rest In Peace,” the post read.

Mugler was born in Strasbourg in December 1948. At the age of 20, he settled in Paris and in 1973 launched his label “Cafe de Paris” a year before founding “Thierry Mugler.”

The designer created high-end, extravagant looks that have been favored by a long list of celebrities.

“May his soul Rest In Peace,” the social media post read.DPA/AFP via Getty Images

The dress itself — Mugler’s first creation at the time in 20 years — was inspired by one of Sofia Loren’s film looks and took eight months to create.

During his storied career, Mugler also dressed a host of other stars, including David Bowie, Cardi B, Beyoncé and Lady Gaga and Jerry Hall.

He was expected to announce new collaborations this week, his agent told AFP.

Mugler was also a big name in the fragrance industry – creating his own line of perfumes and colognes beginning in the 1990s.

Kanye West and Julia Fox match in leather at Paris Fashion Week
Kanye West and Julia Fox make red carpet debut in matching denim
We use cookies on our website to give you the most relevant experience by remembering your preferences and repeat visits. By clicking “Accept All”, you consent to the use of ALL the cookies. However, you may visit "Cookie Settings" to provide a controlled consent.
Cookie SettingsAccept All
Manage consent