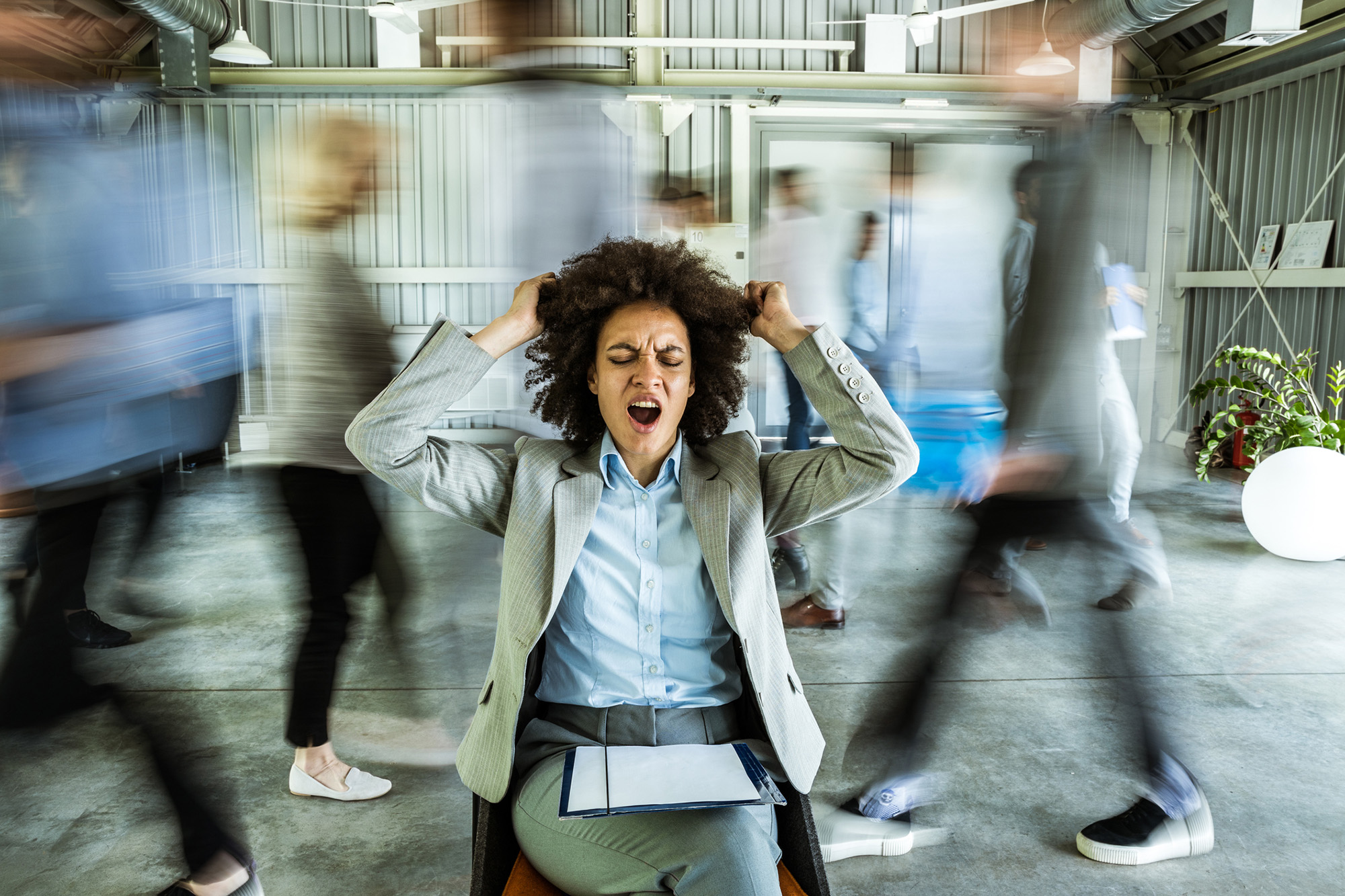 Sometimes it’s the working man or woman who gets the last laugh.

That’s become more apparent as many disgruntled employees have brought their grievances into the public eye on threads like Reddit’s “Anti-work,” one of the site’s most popular pages of late.

The anti-capitalist and labor-opposing subreddit has seen droves of users post screenshots of times they told off their bosses and resigned from work when they felt the brass was just being too unreasonable. And the quitters are being revered as heroes.

The reaction to the posts was so great “that moderators restricted their publication to Sundays,” the Financial Times reported.

Here are some of the most eye-opening confrontations and blood-boiling quit scenarios that have recently gone viral.

One employee quit after a boss said he was acting like “a victim” following the death of his father.Getty Images

Who in the world would want to work here if that’s how employees get treated after a tragedy?

After a dispute with his boss for taking bereavement time off, Chris, user tylerro2, posted text messages of the confrontation.

“As you know, I found out yesterday my dad passed away. I’m gonna go ahead and at least take the one day I get a week off to mourn his death,” tylerro2 writes to Chris, apologizing “for any inconvenience” his father’s passing may have caused.

But his note didn’t garner him any sympathy.

“My uncle died a few days ago, I lost my grandma. Stop being a victim,” Chris replies.

“Mail me my check I quit and go f – – k yourself,” tylerro2 writes back in three separate texts.

No chairs allowed — even for broken bones

One worker who hit exemplary numbers was unfairly criticized by their boss. Getty Images

An employee who hit top numbers at a packing facility was shocked to receive a text critical of his job performance.

Hestolemysmile posted text screenshots from his anonymous boss ostracizing the worker for sitting on a stool during an exemplary shift — one which he said earned him “first place” on the day’s quotas.

“This is completely unacceptable behavior and we will be discussing it tomorrow before shift,” the boss writes.

The hired hand explained he had two broken bones in his left foot and was given permission to sit down by a shift leader, adding:

“So, just to be clear — my impressive performance was overshadowed by the fact that I wasn’t uncomfortable enough while doing it?”

“I’m really not appreciating your attitude,” the boss replies. “This type of behavior isn’t going to get you anywhere here.”

And that was the comment that sent the worker packing.

“Hey, thanks for wasting my precious off time with some garbage you didn’t bother to investigate beforehand,” the employee wrote back. “I’m not concerned with going ‘anywhere’ there. It’s a toxic environment with ignorant people at the helm. I won’t be in tomorrow or ever again.”

In an attempt to backpedal, the boss responds: “We don’t need to rush you leaving. Let’s talk in the morning and we can sort this out.”

“No thanks. Have a good life,” the employee mic-drops back.

The Grinch who stole Brandon’s approved holiday time off

Brandon had enough after his PTO was pulled for Thanksgiving.Getty Images

Even lefties were cheering “Let’s go Brandon!” after this employee mouthed off to his boss.

The clash began after Brandon’s boss, John, pulled approved paid time off for his worker during the holiday season.

“We’re really backed up so I’m going to need you to come in during thanksgiving this year. Don’t be shocked if you have to come in during christmas eve and day too,” John writes to Brandon in text screenshots posted by frenzzzykid.

Instead of reasoning with his understandably irritated worker, John decides to play hardball with Brandon.

“we’ve had to set expectations with you multiple times this year. coming in is the least you can do. your pto request has been denied. i’m not asking you to come in, i’m telling you that you have to,” John writes.

“And I’m telling you that you’ll have no worker at all now. I quit,” Brandon replies.

One boss used health insurance as a threat to have their employee come in on a scheduled day off.Getty Images

This situation just reeks of a toxic workplace.

Bluepiehax posted texts where their employer apparently used health insurance as leverage for them to work a bartending shift on a scheduled day.

“That’s not my problem. Saturday is my day off and I’ve been working 8 days straight and really need it,” the employee wrote the boss.

After some back and forth between the two, the boss sent this bombshell of a reply.

“You sure you want to do this? You really want to put your health insurance on the line?”

Rather than backing down, the employee shot back with, “what are you going to do, fire me?” The worker also noted that two others had quit the week prior.

“I don’t accept that type of attitude. Last chance. I’ll see you Saturday or I won’t see you again,” the boss responds.

That’s when this bartender spilled over the edge.

“Did you really just threaten me with health insurance? Whatever I’m done with this. You can consider this my notice. I’ve had enough of your bulls – – t.”

Working from home or not working at all

This worker got an attitude after her company supposedly played games with allowing the employee to work from home.Getty Images

Work-from-home policies have been another source of employee frustration.

Redditor meghanerd posted a screenshotted confrontation with their boss after being criticized for working a half day remotely, something the employee said shouldn’t be an issue.

“why are you working from home today?” the boss asks, to which meghannerd replies: “Because I am only at [the location] as needed.”

“no, that is not what i told you — you are expected to be at [the office] 9am-5pm Mon, Wed, Fri, working at home Tue and Thu. I cannot cover you all the time,” the boss fires back.

That’s when meghannerd takes things up a notch, saying there’s a distinct difference between being in person “as needed” as opposed to “regularly.”

“If you want to make changes to the job description I was provided, please do so formally in writing so I can reply with my 2-week notice.”

“We will meet with HR this week,” the boss writes back, instructing the employee to go into the office “as required.”

“you have clearly misunderstood your job description, which I have clarified for you several times.”

“No, I quit,” meghannerd replies.

“You will need to give two weeks notice, and I think you should discuss this with me before you make hasty decisions without proper reflection. This is not necessary.”

But it’s too little too late for this disgruntled employee.

“1. No actually, I won’t have to do that. 2. I did discuss this with you; see above. 3. Not hasty, I just don’t need the job, and it’s not as described. I will drop off my keys and ID at my desk today,” meghannerd replies.