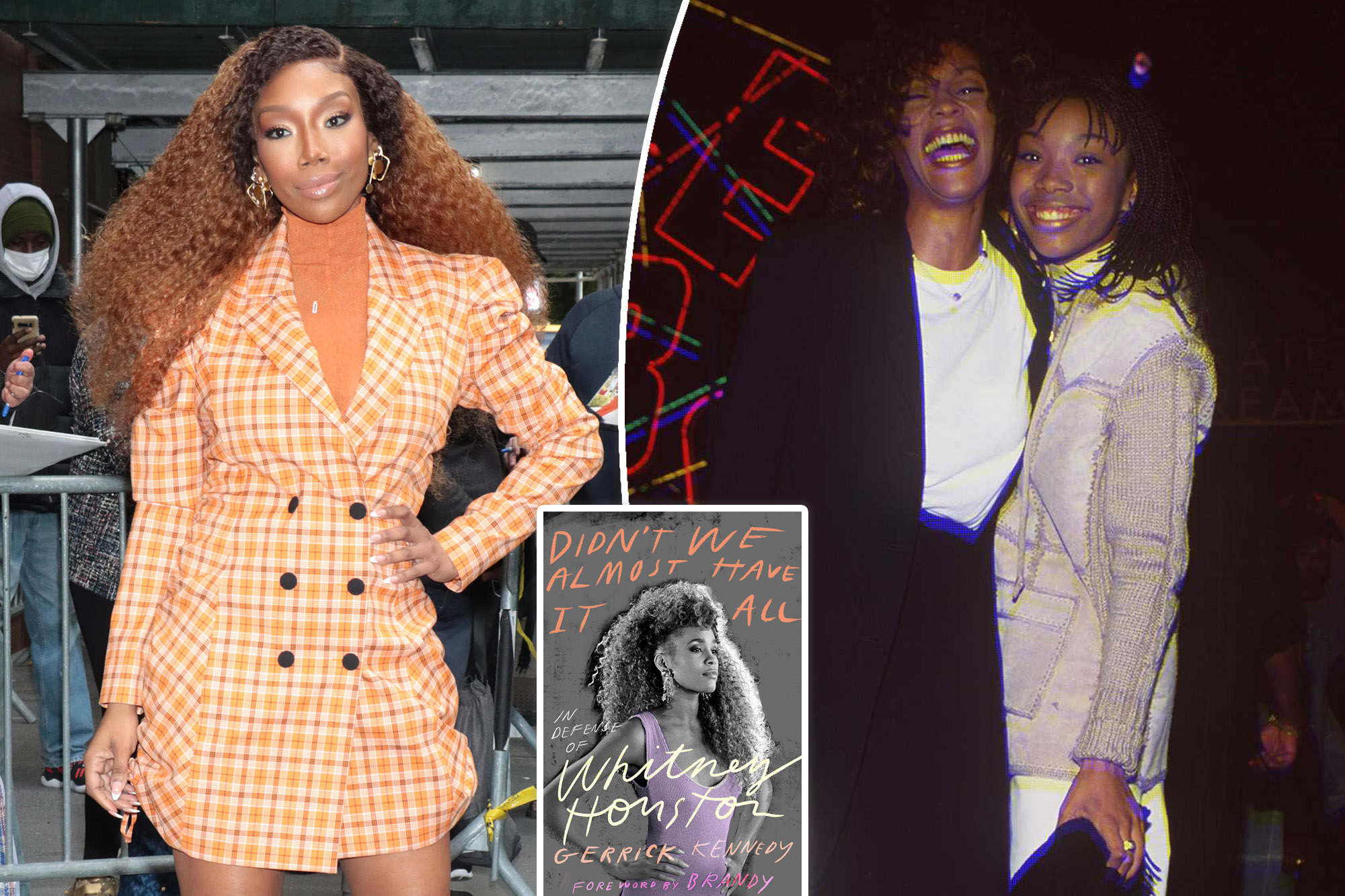 Brandy admits she was quick to point fingers after her friend Whitney Houston’s untimely death.

“It’s natural for people to want to place blame. I placed a lot of blame on a lot of people too, when it came to Whitney,” the “Boy Is Mine” singer, 42, writes in the foreword of journalist Gerrick Kennedy’s new book, “Didn’t We Almost Have It All: In Defense of Whitney Houston,” out Tuesday.

“We loved her so much and needed something or someone to attach blame to because it was so hard to accept that she was gone.”

Brandy notes she ultimately realized that only Houston herself knew what it was like to walk in her shoes.

“Didn’t We Almost Have It All” hit bookstores one week before the 10th anniversary of Houston’s death.Abrams Books

Houston had been found unconscious in the bathtub of her Beverly Hilton hotel suite and was pronounced dead soon after. The coroner later revealed that she had accidentally drowned, listing heart disease and cocaine use as contributing factors.

The powerhouse vocalist’s daughter, Bobbi Kristina Brown, met a similarly tragic fate when her partner, Nick Gordon, discovered her facedown in a tub at their home on Jan. 31, 2015. Brown was placed in a coma and died in hospice care at age 22 on July 26, 2015.

Brandy and Bobby Brown have both pointed fingers over Houston’s death.Getty Images

Gordon was found legally responsible for Brown’s death in September 2016 after her family accused him of giving her a “toxic cocktail” of drugs including morphine and cocaine. He was also ordered to pay $36 million to his late ex’s estate.

Bobby Brown, who was married to Houston from 1992 to 2007, has stated that he believes Gordon was also responsible for the death of his ex-wife.

“He was the only one there for both situations with my ex-wife and my daughter, and they both died the exact same way,” the “Every Little Step” singer said on “Red Table Talk” in April 2021 before conceding that it was purely his “opinion.”

Brady is less forthright in Kennedy’s book in regard to who she blames. Instead, she chooses to remember the happier times she shared with Houston.

The “Moesha” alum grew up idolizing the “Bodyguard” actress and finally got a chance to meet her during rehearsals for the 1995 Nickelodeon Kids’ Choice Awards, which Houston hosted.

“When she embraced me, she embraced me as if she knew me,” Brandy recalls. “And she did know me, because of my music. … Whitney gave me her jacket to wear, and I hung out with her for the whole day. It was a dream, one of the best days of my life.”

Brandy and Houston starred in “Cinderella” in 1997.ABC

“First of all, I didn’t realize that I was making history with the role. For me it was, ‘Oh my God, I’m working with Whitney Houston,’” she writes, adding that she was “so happy to be in the same studio” as the Grammy-winning legend.

“Whitney could take you to so many places with just her voice,” Brandy concludes. “She has inspired generations of little girls all over the world to sing from their heart and guts. That was her magic, and that’s her legacy. And we’ll never see another Whitney Houston.”

Jennifer Lopez gushes about Ben Affleck romance: ‘I feel so lucky’
Ashley Iaconetti gives birth, welcomes baby with Jared Haibon
We use cookies on our website to give you the most relevant experience by remembering your preferences and repeat visits. By clicking “Accept All”, you consent to the use of ALL the cookies. However, you may visit "Cookie Settings" to provide a controlled consent.
Cookie SettingsAccept All
Manage consent