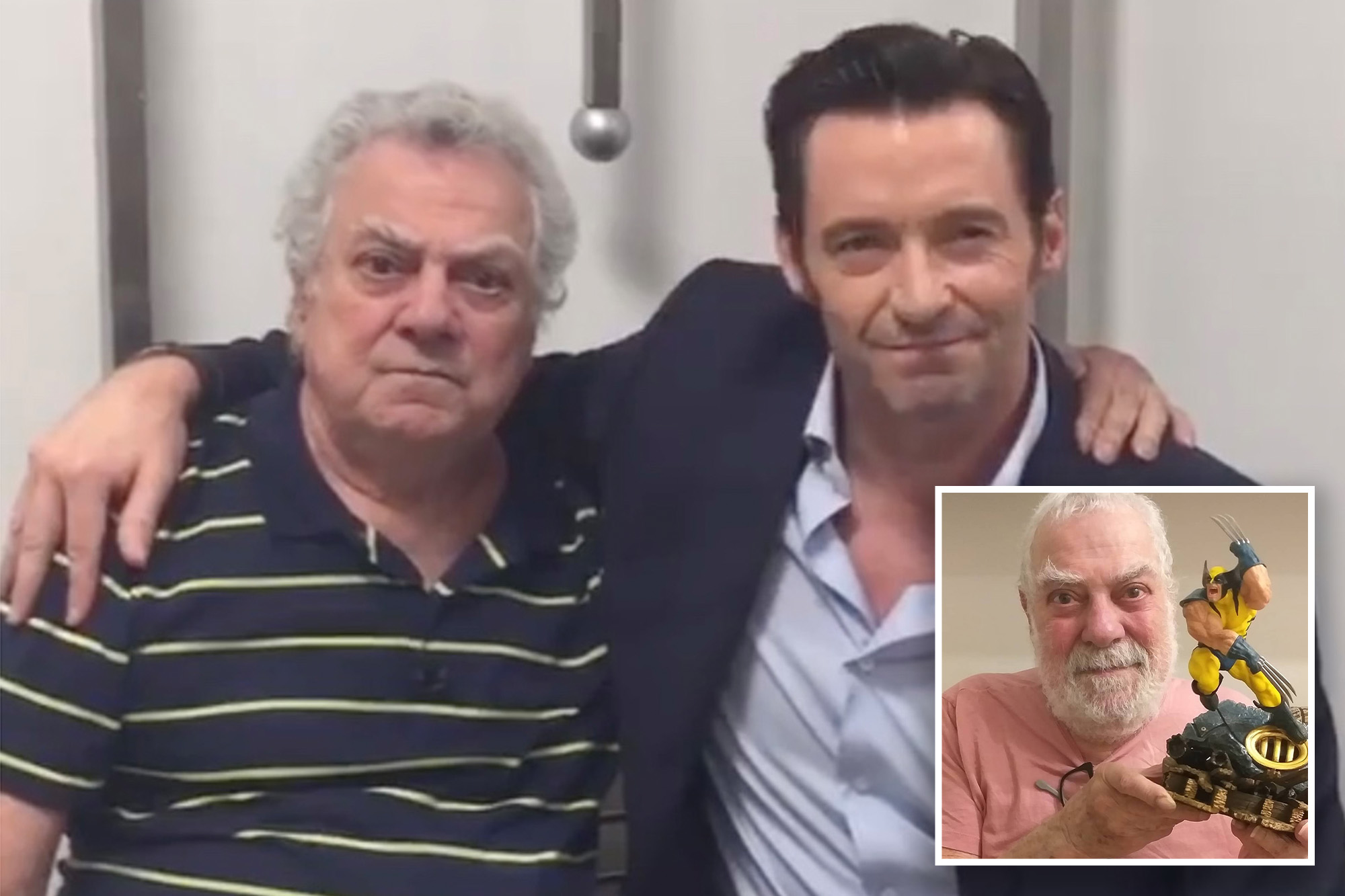 Hugh Jackman is paying tribute to a longtime friend who recently passed.

The “X-Men” star, 53, posted a video of himself with veteran Brazilian voice actor Isaac Bardavid, who died Tuesday at 91.

Bardavid did voice-over work for Jackman’s character Wolverine in many films of the Marvel franchise.

He also provided a Portuguese dub for Wolverine for the last time in 2017’s “Logan,” among countless other films.

In Jackman’s clip, the Aussie actor can be heard saying “Don’t be what they made you,” as his arm is swung around Bardavid. He then repeats Jackman’s line in Portuguese.

“Isaac Bardavid. What a legend. What a life and legacy. What a voice!! #Wolverine #Brazil ‘Don’t be what they made you.’ #logan Rest well my friend,” Jackman wrote alongside the video on Instagram.

Jackman and Bardavid met face-to-face in March 2017 on the Brazilian TV show, “The Noite com Danilo Gentili.” The two gave each other big hugs after which Jackman got on his knees and bowed to Bardavid.

Bardavid’s grandson confirmed that the actor died of emphysema, according to the Sun. On Jan. 26, he was taken to the hospital after “the disease was insisting on keeping the oxygenation very low, even though he was using the devices he already has at home.”

here is an excerpt from a brazilian program aired in March 2017 called “The Noite com Danilo Gentili”. in it, Isaac Bardavid meets Hugh Jackman and he reveres him.pic.twitter.com/wcDzbyCpD8— 💭 (@thinkerwolvie) February 1, 2022

He was born Feb. 13, 1931, in Niterói, Brazil, and he voiced many characters over his long career.

Throughout the decades, Bardavid dubbed Freddy Krueger in “A Nightmare on Elm Street,” Skeletor in “He-Man and the Masters of the Universe” and Dr. Eggman in “Sonic the Hedgehog.”

Bardavid provided the Portuguese dub for Wolverine for the last time in 2017’s “Logan.”Instagram/@isaacbardavidoficial

Fans also paid tribute after Bardavid’s passing on social media. One wrote, “Isaac Bardavid, Brazilian’s voice actor for Hugh Jackman (and all renditions of Wolverine) has passed and the br community made enough noise to make Hugh Jackman aware of it. Is about it, valuing our heroes and fighting for them to be recognized. RIP king, you will be missed.”

“We wish strength to family, friends and fans in this difficult time. Rest in peace Isaac,” another fan added.

“Our condolences go out to the family, friends, and fans of Isaac Bardavid, who has passed away. Isaac dubbed Hugh’s voice in Portuguese for many movies. Hugh met him during a promotional visit to Brazil for Logan in 2017. RIP, Sir,” said another.

My boyfriend conned me out of $251K and left me suicidal
Farrah Fawcett’s red swimsuit poster to be sold as NFT
We use cookies on our website to give you the most relevant experience by remembering your preferences and repeat visits. By clicking “Accept All”, you consent to the use of ALL the cookies. However, you may visit "Cookie Settings" to provide a controlled consent.
Cookie SettingsAccept All
Manage consent