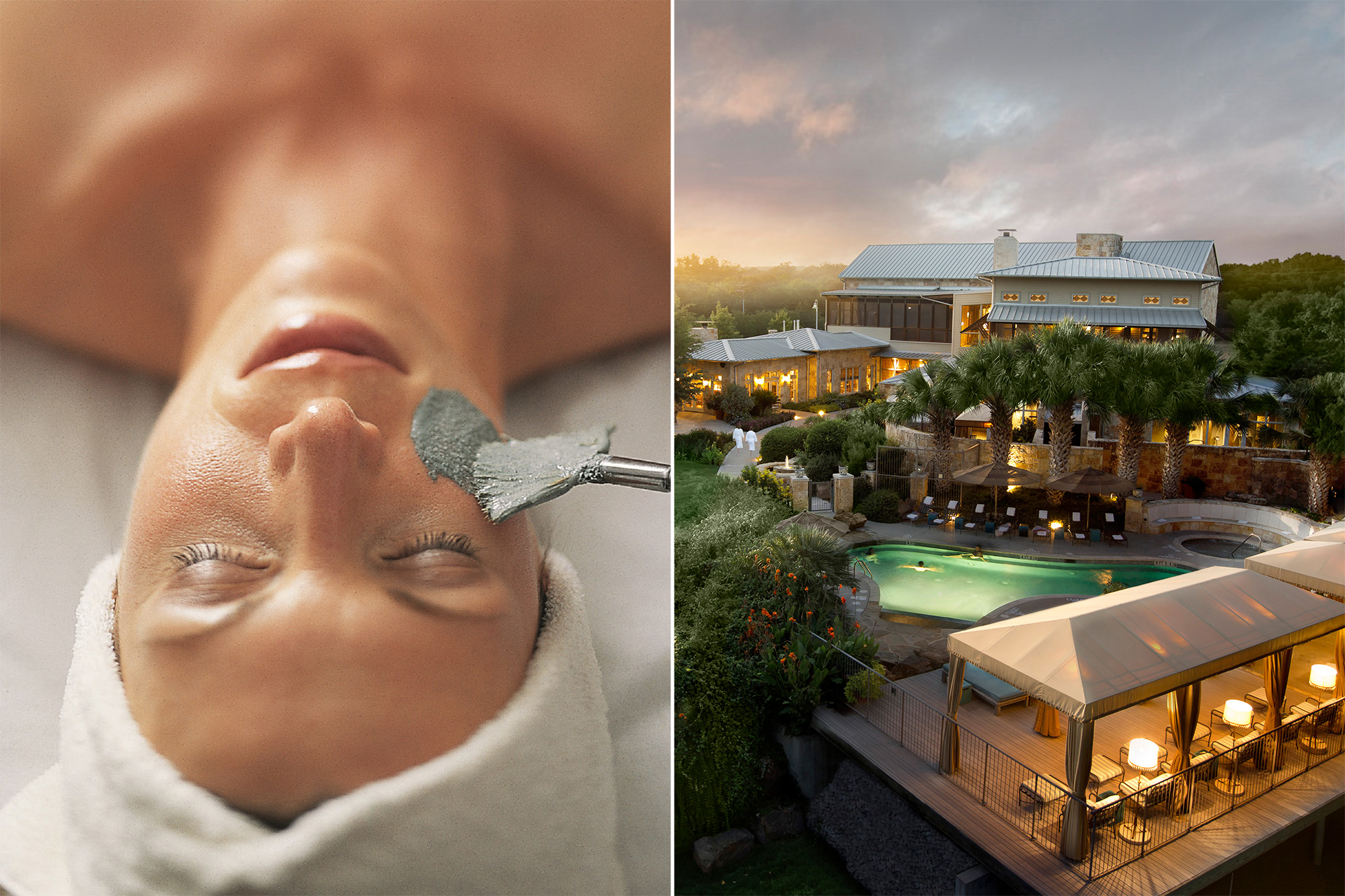 Valmont partners with only a handful of spas on earth to create a unique, results-driven beauty experience that sculpts, lifts, brightens and costs the same as a pair of Louboutin pumps.

It’s touted as the most expensive facial in the world.

Spa buffs trudge to Paris, Miami, New York, Laguna Beach or Las Vegas just for the honor of dropping a G on their age-worn visages. Each resort boasts a slightly different flavor of facial. So I schlepped to Texas to Lake Austin Spa Resort (or a 45-minute drive from downtown Austin) to try “The Regal” facial.

Nobody hands over a grand without expecting results. But after so much time cocooned in a chair, I couldn’t help but fear that the mirror would show the same old me — the pandemic’s anxiety-filled days showing metaphorical egg on my once flawless face. Horrors.

But I never shy away from high stakes.

The grounds of the Texas resort are as landscaped and tended to as its spa enthusiasts. Lake Austin Spa Resort

With some trepidation, I put my nose to the grindstone, determined to see if three hours, five masks (one a collagen veil which covers the eyes and mouth), two cleanings, an enzyme peel, a half hour of HydraFacial (a sucking machine revered for its exfoliation and extracting abilities), an LED light treatment, a variety of Valmont creams made from such extravagances as sturgeon DNA and four types of massage (most notably Japanese-style Kobido, a 540-year-old technique renowned for sculpting, toning and oxygenating the face) would actually have a transformative effect.

You might smell notes of caviar during the facial — sturgeon is not only involved, it’s the star. Lake Austin Resort and Spa

In other words, could it possibly be worth the money?

My husband was doubtful. Luckily, I didn’t have to lose face. I reminded him that a thousand felt like a bargain compared to the $25,000 facelift I’d been considering.

I can’t say that I managed to stay awake the entire time — because who will not be lulled to sleep in a warm bed when somebody’s lightly, but deftly, caressing your temples and scalp? Mostly, though, like a somnambulist, my mind buzzed dreamily during the various steps, each moving me more deeply into a pleasantly aware, hypnotic state. In fact, the time flew by.

When the three-hour spa adventure ended, I not only felt younger, I looked convincingly renewed — like myself, but 20-years younger. I even got carded later that afternoon at a bar, where a handsome stranger not only enquired if my daughter was my sister, but also asked me out on a date. (If my husband’s reading this, I declined.)

In short, this spa treatment was the equivalent of an all-you-can-eat gourmet buffet for the face. But it does result in a sharp intake of breath when a bill for $1,050, not including tip or tax, arrives. Worth it?

“You look like a million dollars,” my husband said.