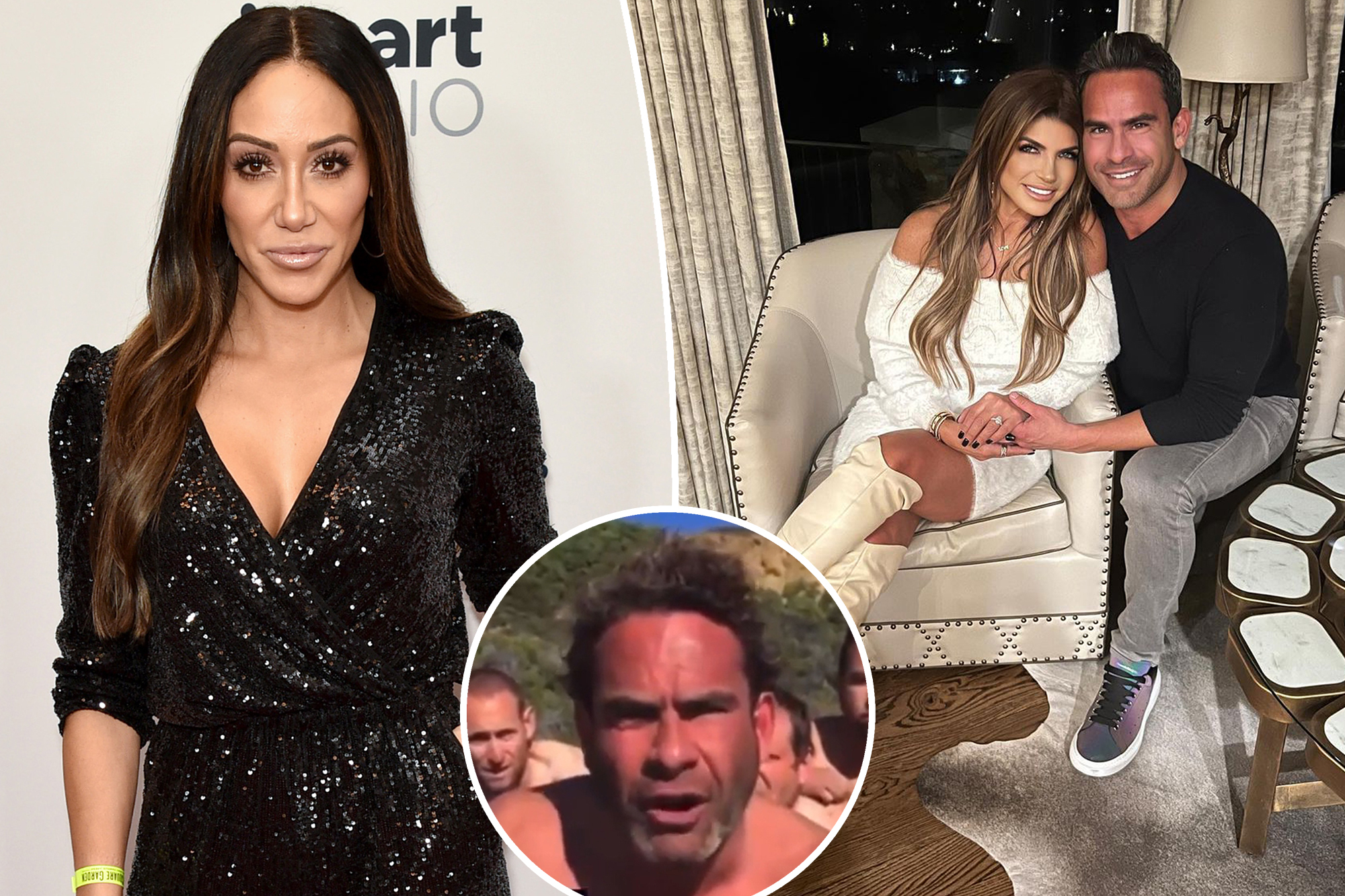 “It was the whole Teresa trying to protect the situation and not discuss it that actually made it worse,” the “On Display” podcast host said.

Gorga teased that fans will eventually see Ruelas, 46, explain himself to the cast.

“I was so happy [when he addressed it]. I’m like, ‘Thank you!’ Because I don’t want to talk about him. I really don’t. I don’t want to discuss his issues or whatever happened in his past and I was sick of my castmates talking about it,” she recalled.

“Because if my sister-in-law’s happy, then I’m happy. I’m like, ‘Leave her in her love bubble, please! Let her be happy.’”

Ruelas’ video first made waves online in June 2021 as “RHONJ” cameras started rolling. In the clip, the shirtless real estate pro begs for forgiveness from a mystery woman. A group of unclothed men stand behind him, encouraging him to share what’s on his “heart” and not his “f—king brain.”

“I’m coming home to see you to get engaged and bring our family together and finally get married and have a life together,” Ruelas says at one point during the perplexing get-together that online circles have identified as a “warrior camp.”

“Honestly, it was a little out there at first [with] all the men in the background. If you don’t know this sort of thing or what kind of camp he was at or whatever it was, you’re kind of like, ‘Whoa, what is this?’” Gorga told Page Six.

“Listen, we all have had our moments with exes, right? We’ve all had times where we look like a complete fool over our exes. So, unfortunately he had a moment and everyone’s talking about it.”

In April 2021, Page Six reported that Luis was allegedly “sex-obsessed” and deserted relationships with ex-girlfriends who claimed he became incensed if they didn’t meet his sexual demands.

Gorga and husband Joe have double-dated with Giudice and her husband-to-be.melissagorga/Instagram

Despite the damning headlines and disconcerting video, Gorga said that Ruelas has proven himself to be a “great match” for Giudice.

“No one has a bigger past than Teresa, let’s be real,” the Envy boutique owner said, seemingly referencing Giudice’s 11-month prison sentence for mail, wire and bankruptcy fraud that ended in December 2015.

“But the past is the past … We need to judge people off what we see now and I’m big on that. He’s going to be my brother-in-law. I want him to come in with open arms. I want him to prove to us who he is. I don’t want to read something that somebody’s putting on the internet and judge him by it. So I didn’t do that.”

Ruelas proposed to Giudice in Greece in October after dating for just over a year.

The couple have since moved in together with Giudice’s daughters — Gia, 21, Gabriella, 17, Milania, 15, and Audriana, 12 — and Ruelas’ sons, Louie Jr. and Nicholas, from previous marriages.