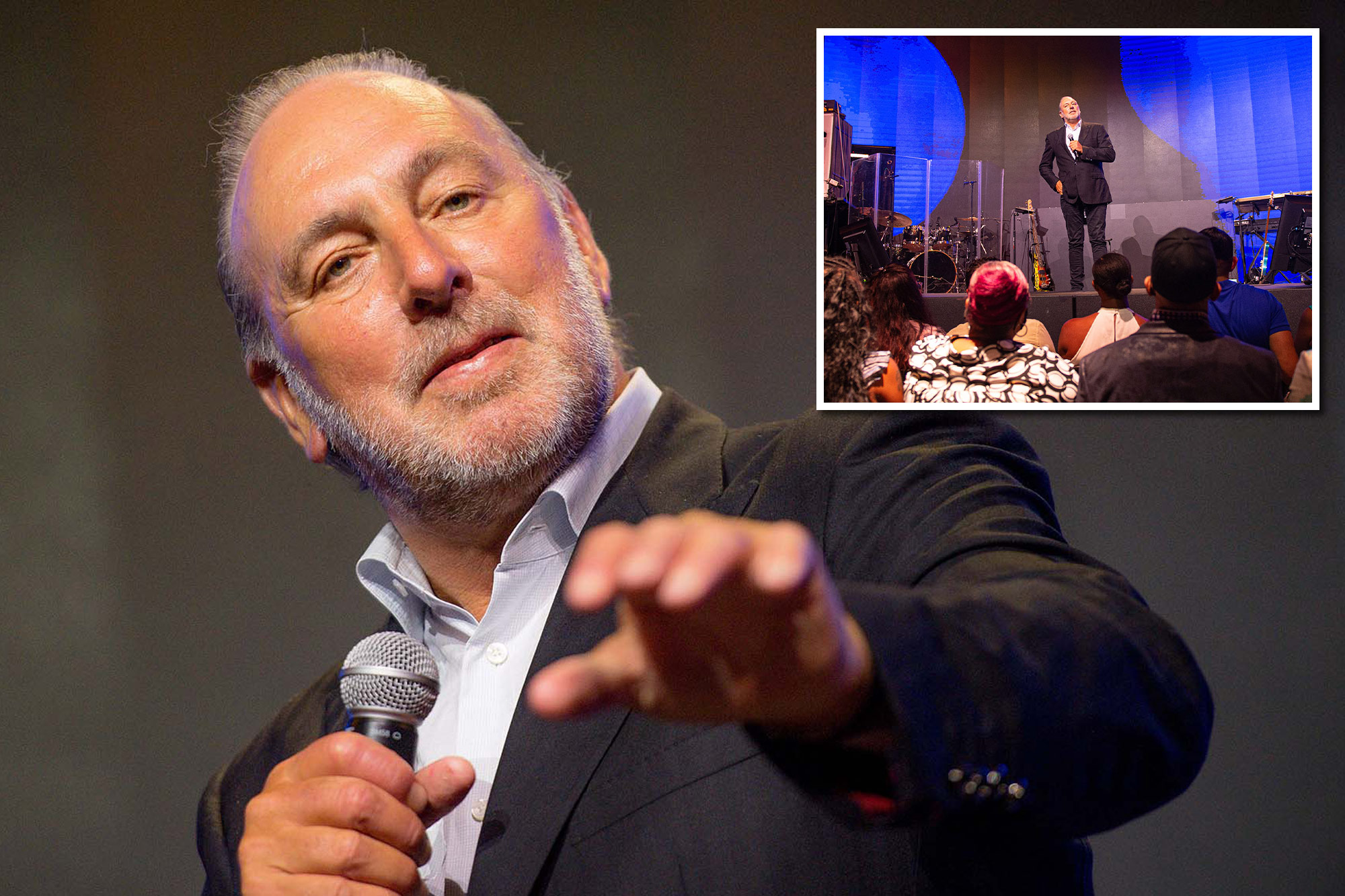 After months of incrementally resigning from his various positions at Hillsong, the megachurch’s founder Brian Houston has finally resigned in full. The move comes amid numerous scandals and an ongoing court case accusing Houston of hiding his late father’s sexual abuse of children — all of which the church has denied.

Houston’s lawyers have informed the court he will plead not guilty to the allegations.

“In September last year, I learned it was necessary for me to step aside as a director of all Hillsong boards during this season, enabling me to give attention to these charges,” Houston, 67, wrote in an announcement posted to the Australia-based church’s website. “But recently, we made a decision that may come as a surprise to you, and I want you to hear it from me directly.”

The decision for Houston to “step aside completely” from the leadership of the multinational church he and wife Bobbie founded in 1983 came in December, at the recommendation of “Hillsong’s external legal counsel.”

“The court processes are likely to be drawn out and take up most of 2022 (especially considering the backlog in the courts, exacerbated by the COVID pandemic),” Houston explained. “We have talked about the effects of the situation with my father, which go back many years up to the current legal case, and the impact this has had on me emotionally. The result is that the Hillsong Global Board feel it is in my and the church’s best interest for this to happen, so I have agreed to step aside from all ministry responsibilities until the end of the year.”

Bobbie, 65 — who is not charged in the yearslong case, which claims Brian concealed his father’s pedophilia — will “remain fully engaged in church life” during Brian’s “sabbatical,” as the couple’s daughter Laura Toggs referred to his resignation in an Instagram post.

“Police will allege in court the man knew information relating to the sexual abuse of a young male in the 1970s and failed to bring that information to the attention of police,” officials for Sydney’s Royal Commission on Institutional Leaders’ Handling of Sexual Abuse told publications upon charging Houston in August. The charges carry a maximum sentence of up to five years behind bars and followed a two-year investigation pf Brian’s father Frank Houston’s sexual abuse of Brett Sengstock, then 7 years old, in 1969 and 1970.

Frank — who died in 2004 at age 82 — “raped, choked and brutalized” Sengstock, then attempted to bribe him with $10,000 (AUD) — via a hand-scrawled contract on a McDonald’s napkin, Sengstock has stated. The payoff was allegedly sent as a check in the mail from Brian himself after Frank apparently failed to complete the agreed transaction, The Post previously reported.

Brian is charged with failing to turn over evidence concerning the crimes of his father, whose ministry career was functionally terminated after Brian sacked him in 1999, the Guardian reported in 2014.

Representatives for Hillsong have repeatedly denied claims that Brian Houston covered it up to The Post.

In a statement received by The Post in August, Houston acknowledged, “These charges have come as a shock to me given how transparent I’ve always been about this matter. I vehemently profess my innocence and will defend these charges, and I welcome the opportunity to set the record straight.”

Reps for Hillsong further elaborated, stating: “We are disappointed that Pastor Brian has been charged, and ask that he be afforded the presumption of innocence and due process as is his right. He has advised us that he will defend this and looks forward to clearing his name. Given that this matter is now before the court, neither Pastor Brian or Hillsong Church will be making further statements. We thank all who are a part of our church for their support and prayers at this time.”

“As I have said, most of you know the court case I am facing is related to circumstances surrounding my father, and I need to be fully committed to preparation and engagement with the case and work closely with my lawyers in defending this charge,” Houston told churchgoers in Sunday’s announcement. “I have said, including in a prior statement, that I intend to fight the charge and welcome the opportunity to set the record straight.”

The case has been repeatedly delayed, most recently on Tuesday, when the matter was adjourned to March 3, according to local outlets.

Hillsong did not return The Post’s request for further comment.

How method acting shaped the boldest actors of the 20th century
Women fake orgasms to make men feel less ‘fragile’: study
We use cookies on our website to give you the most relevant experience by remembering your preferences and repeat visits. By clicking “Accept All”, you consent to the use of ALL the cookies. However, you may visit "Cookie Settings" to provide a controlled consent.
Cookie SettingsAccept All
Manage consent