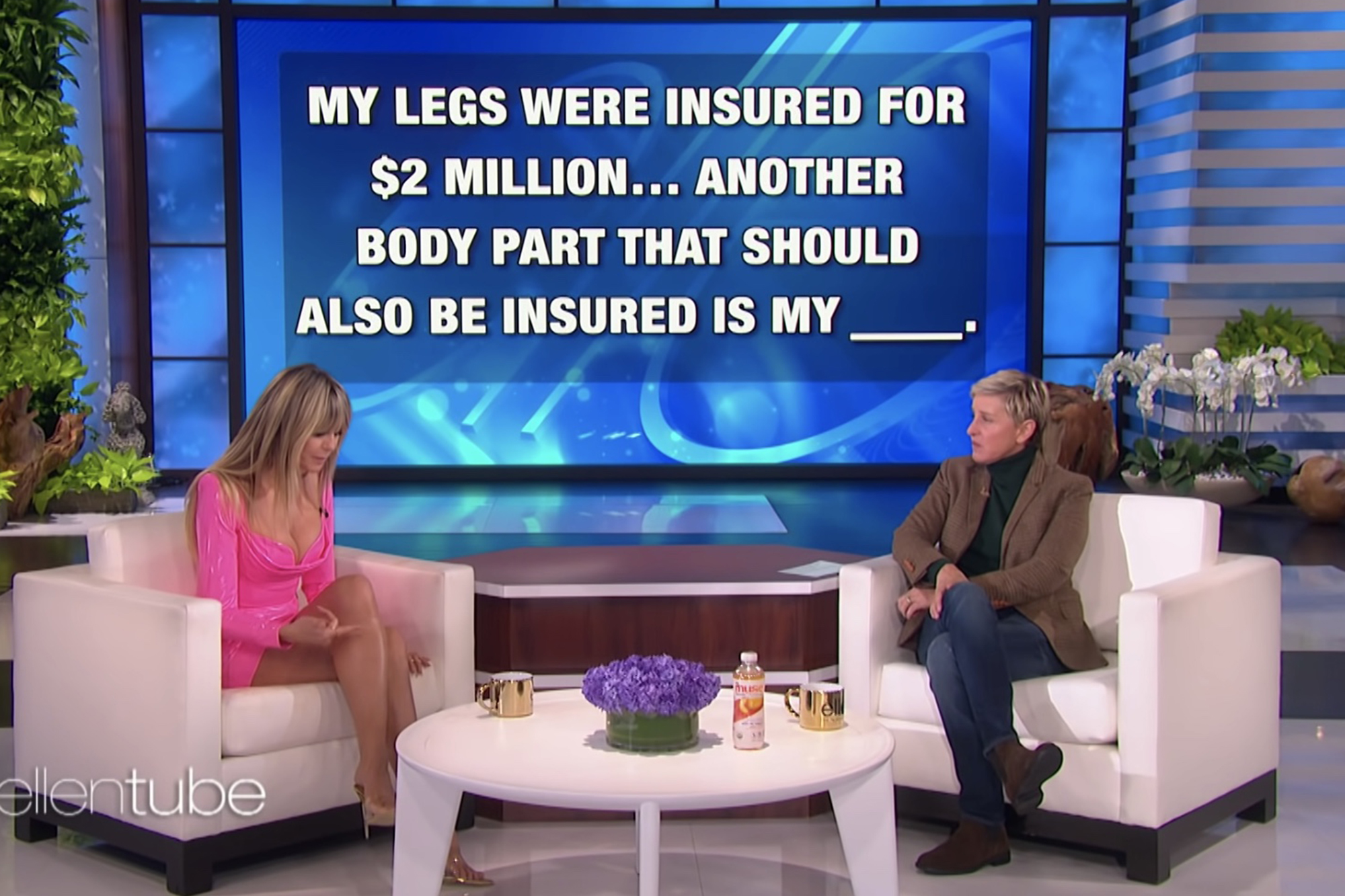 Taylor Swift isn’t the only celeb with a hefty price on her thighs. In a recent appearance on “The Ellen DeGeneres Show,” German fashion icon Heidi Klum disclosed that a client once insured her legs for $2 million — but one cost more than the other.

“It’s weird the things some people do,” the former Victoria’s Secret Angel, 48, told DeGeneres of her thigh-high premiums. The subject came up after DeGeneres posted a prompt, which read: “My legs were insured for $2m… another body part that should also be insured is …”

After cheekily indicating that her breasts should also be indemnified, Klum clarified that it was actually a “client who insured” her stems and not her.

She also explained that one her legs was more expensive than the other due to a childhood injury.

The supermodel didn’t disclose how much each leg cost per the policy, however, Klum revealed in 2017 that her right leg was covered at up to $1.2 million, while her left leg ran her only $1 million because of the scar, People reported.

Going all out on a limb might seem vain, however, it’s a real concern among A-list celebrities, whose bodies are integral to their livelihoods. As such, many take pains to ensure they’re financially protected in the event of an accident, according to Fox News.

“If anything happened to my boobs, I’d be out for a few months and I’d probably be out a million dollars,” said Playboy starlet Holly Madison, whose cleavage is covered for up to $1 million.

Meanwhile, Kim Kardashian insured her derriere for a whopping $21 million, proving that you can indeed put a price tag on booty.