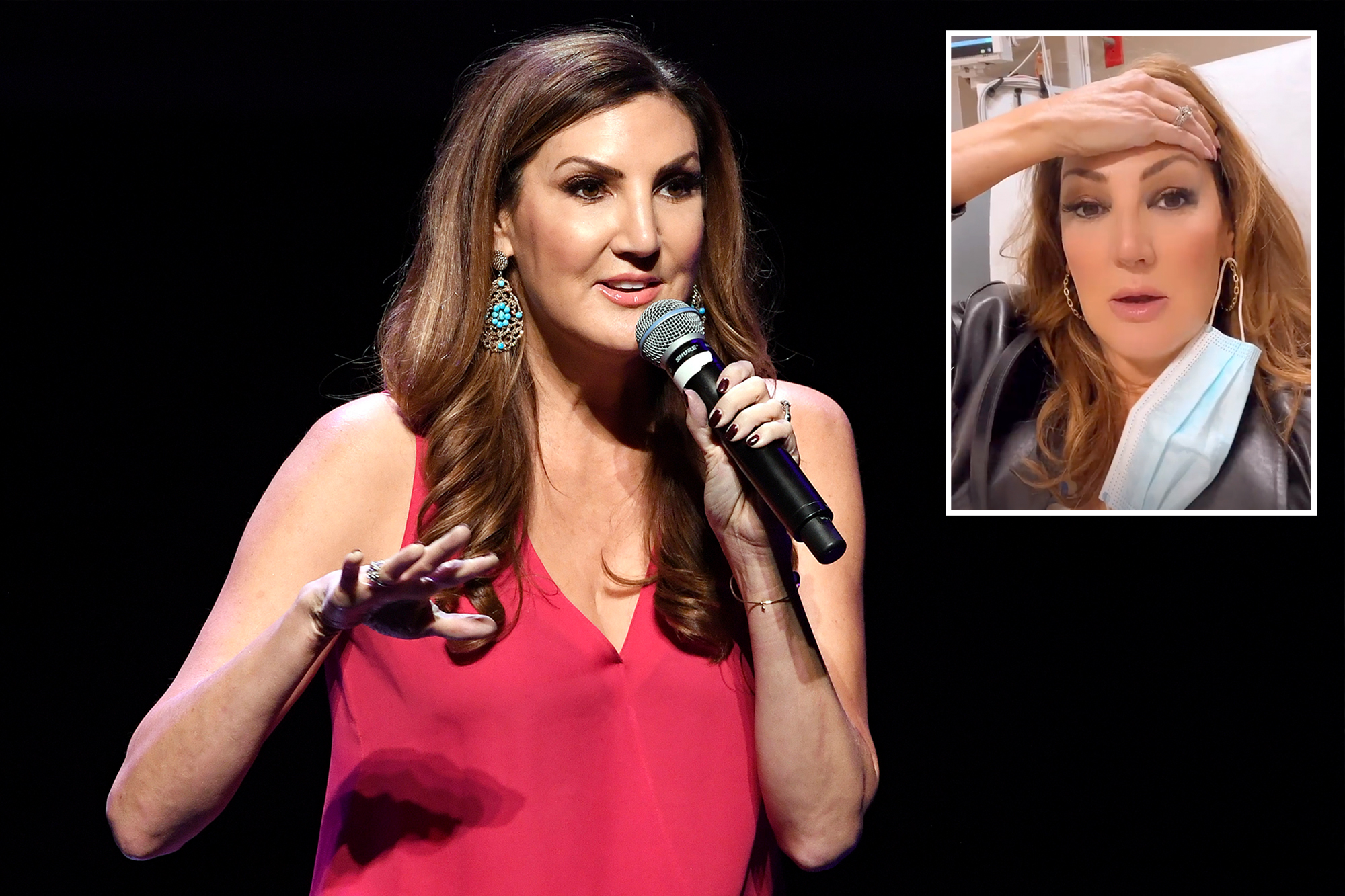 Heather McDonald ended up in the emergency room after passing out during her comedy show in Tempe, Ariz., Saturday night.

“So I’m in the emergency room. I look weird. I’m so so so so sorry,” the comedian, 51, said in a video taken from the hospital bed and posted to her Instagram Stories.

“I passed out on stage. I got up, I did one joke and I felt so dizzy.”

McDonald then pointed to her eye, which appeared to be slightly bruised and swollen,

“You can see my eye, I fell on my eye,” she explained. “I cannot believe this happened. I feel so terrible that they had to tell everyone to leave and then cancel the second show.”

She concluded by promising, “Tempe, I will be back. I’ve never, ever fainted in my life.”

McDonald was rushed to the hospital after passing out during her comedy show in Tempe, Ariz., Saturday night.Getty Images

According to TMZ, who was first to report the news, McDonald collapsed after delivering her second joke of the evening.

“I’m vaxxed, double vaxxed, boosted and flu shot and shingle shot and haven’t gotten COVID and Jesus loves me most,” she said just moments before the fall.

Eyewitnesses told the outlet that audience members initially thought it was part of the act, though it quickly became clear she was in need of medical attention.

An EMT and a nurse who were in the audience reportedly rushed up to the stage to provide first aid before paramedics arrived at the scene.

The comedian later apologized for cutting the show short.Getty Images

The former “Chelsea Lately” star was on the second night of a three-show stint in Arizona. She is slated to take the stage in Los Angeles next month.

A rep for McDonald did not immediately respond to Page Six’s request for comment.