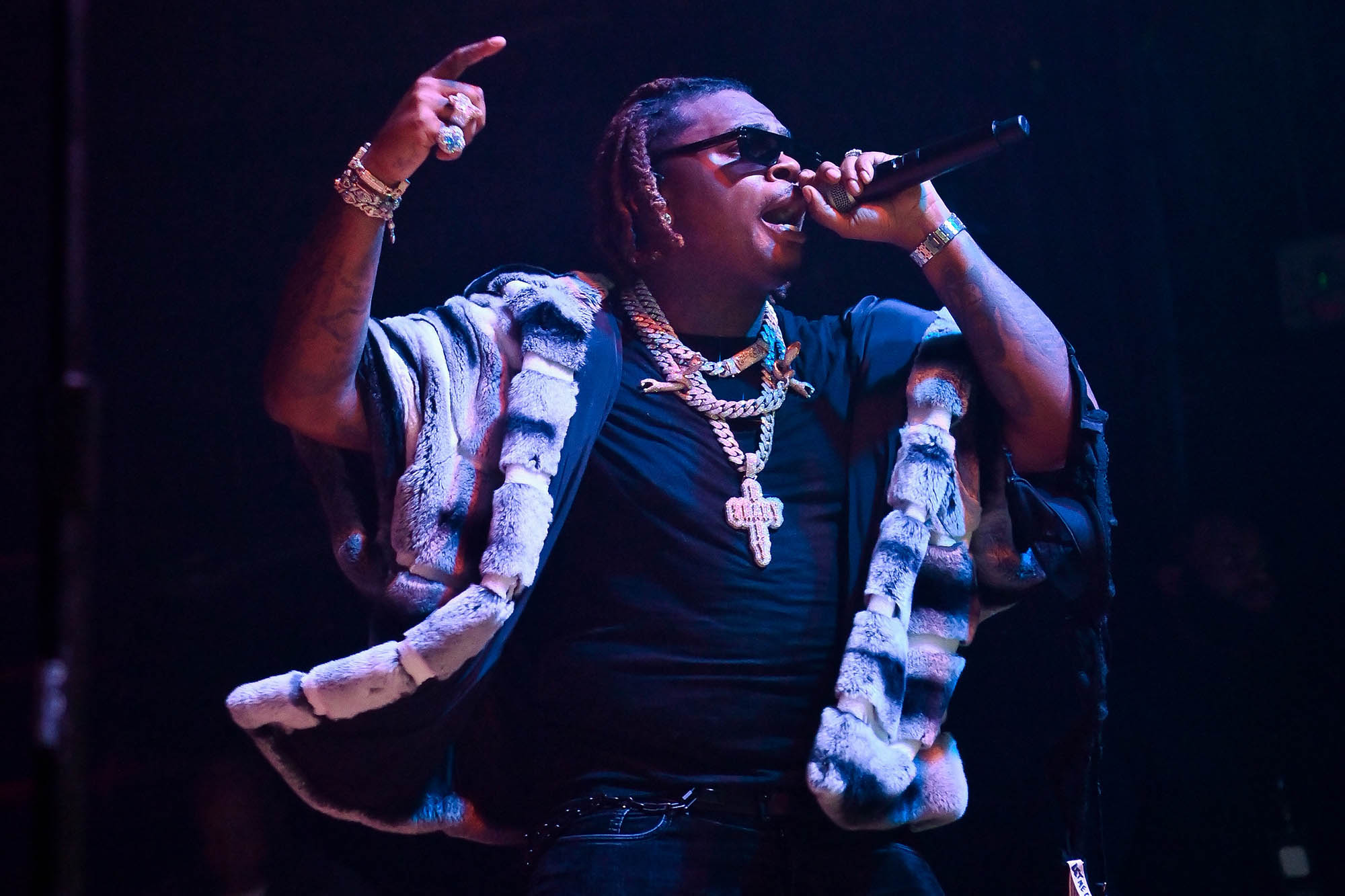 Gunning for The Weeknd?

We hear that fast-rising rapper Gunna – who upset The Weeknd on the Billboard 200 chart by hitting No. 1 last week – will perform during DirecTV and Maxim’s Super Bowl LVI weekend party in Los Angeles on Feb. 11.

Gunna (real name: Sergio Giavanni Kitchens) joins a lineup that already includes The Chainsmokers and Lil Baby at City Market. The two-day party, dubbed “MaximBet Music At The Market Powered by DIRECTV,” will also include a Feb. 12 show headlined by producer and DJ Tiësto, with 50 Cent hosting.

Sources say The Weeknd – who headlined the halftime show at last year’s Super Bowl – will perform at a competing party the same night.

Since then, both Gunna, 28, and The Weeknd, 31, have subsequently been displaced atop the charts by Disney soundtrack “Encanto,” which bounced back into the top spot this week after falling to No. 3.

Gunna was all smiles after beating out The Weeknd with the debut of his new album.Best Image / BACKGRID

Gunna’s single “Pushin P” with Future and Young Thug has recently gone viral. The title has become a popular phrase in hip-hop circles and on social media.

If you’re like NBA star Serge Ibaka – who inquired what “Pushin P” meant via Twitter – Gunna explained in a DM that the term refers to “Keepin it Playa.”

Gunna will join a lineup that already includes The Chainsmokers. AFP via Getty Images

Page Six has also exclusively learned that Diplo will DJ a bash on Feb. 11 at TAO LA, “The Yieldstreet Party,” as part of the “TAO Big Game Weekend” presented by Element.