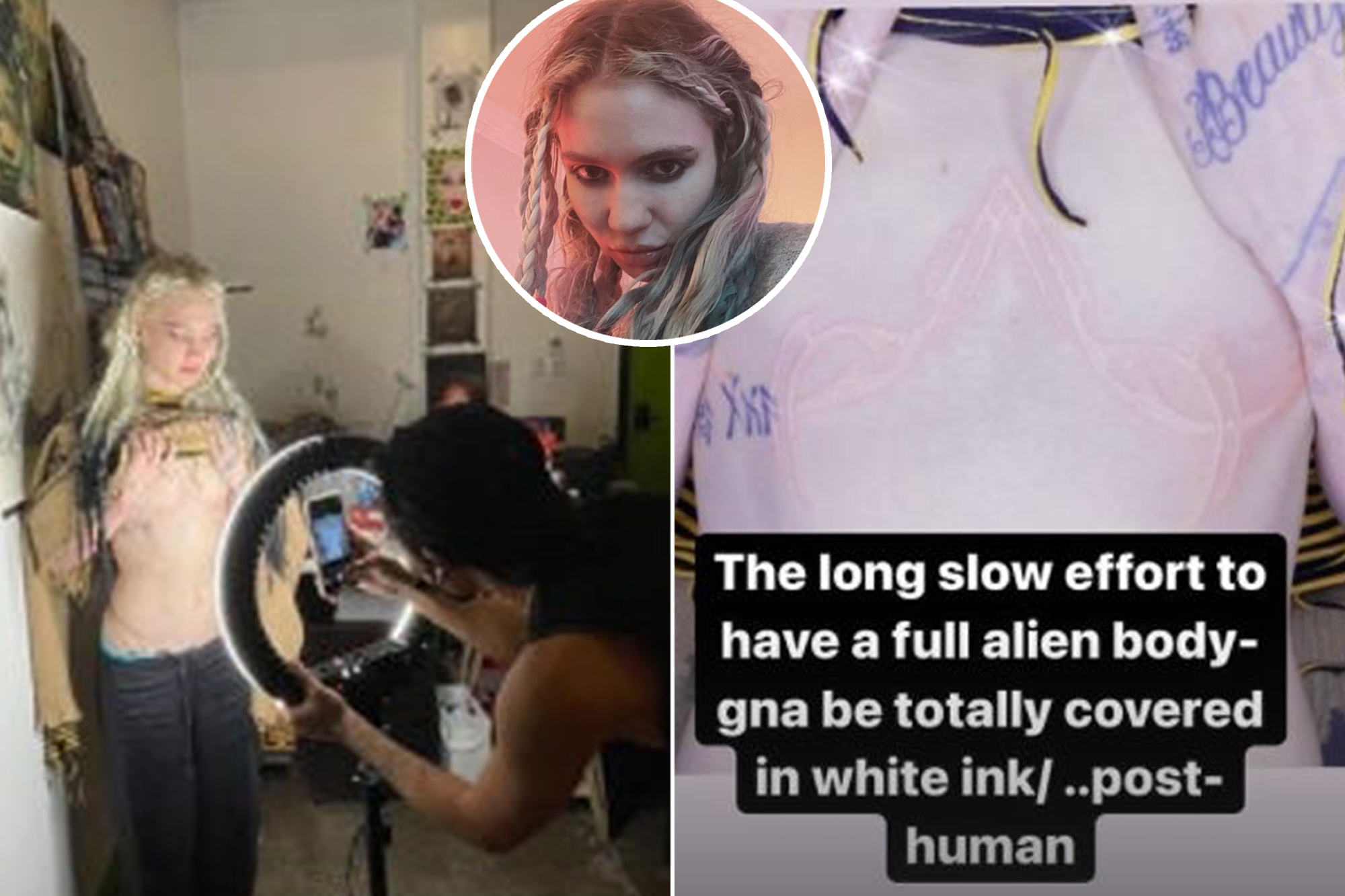 Grimes is pulling a Pete Davidson in reverse.

The “Shinigami Eyes” singer, 33, has added another extraterrestrial-inspired tattoo to her collection — part of her “long slow effort to have a full alien body” that’s “totally covered in white ink,” as she explained on her Instagram Stories Thursday.

Grimes also showed off a close-up shot of her latest design: a pattern of pale lines that curve beneath her breasts and come to a point at her upper chest.

The musician’s painful-looking transformation began in April 2021, when she enlisted tattoo artist Tweakt and digital designer Nusi Quero to ink her entire back with similar white lines.

“Don’t have a good pic cuz it hurts too much and I need to sleep haha, and it’ll be red for a few wks , but gna be beautiful alien scars,” Grimes captioned a photo of the design at the time.

Quero described the back tattoo, which was finished in a single session, as “a courageous and beautiful decision and talisman [Grimes] will carry with her from here forward, an armor, a spectral field that will affect and protect her in ways unknown but no doubt with a benevolence of some kind.”

Grimes got these “alien scars” inked across her back in April 2021.grimes/Instagram

Grimes, who shares 1-year-old son X Æ A-Xii with ex Elon Musk, has a number of other tats — including an alien head on her hand, a crescent moon on her thumb and the alchemy symbol for the planet Jupiter on her index finger.

“I never decide until 10 minutes before I’m getting a tattoo what it’s going to be,” she told Teen Vogue in 2016.

Now, it seems she’s got a master plan.

Grimes and ex Elon Musk broke up in September 2021 after three years together, but continue to co-parent their son.grimes/Instagram