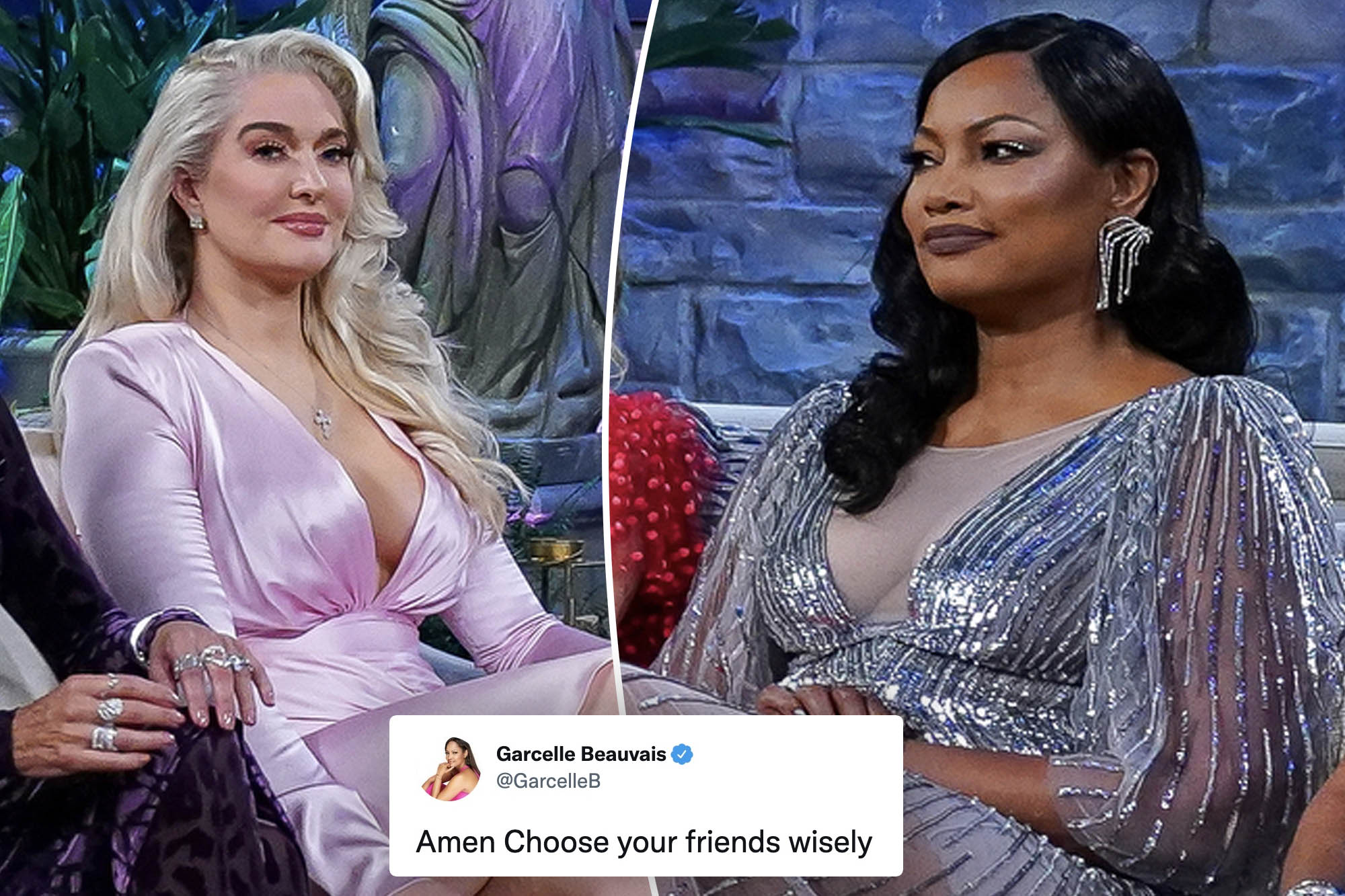 Garcelle Beauvais shared a cryptic post about friendship as she feuds with “Real Housewives of Beverly Hills” co-star Erika Jayne.

She then added, “Amen Choose your friends wisely.”

Beauvais and fellow “RHOBH” star Sutton Stracke are at odds with Jayne, 50, after an “explosive fight” while filming Season 12.

“Garcelle has been coming for Erika this season,” a source previously told Page Six. “A couple nights ago, while filming, they really got into it with each other.”

A second insider added, “Erika’s relationships with Garcelle and Sutton have hardly improved since last season and this fight certainly didn’t help matters.

“Sutton and Garcelle have only gotten closer. So, it feels like Garcelle and Sutton have been ganging up on Erika.”

Soon after the heated disagreement, Beauvais and Stracke, 50, unfollowed Jayne on Instagram.

When the “Pretty Mess” singer found out about Beauvais’ social media diss in particular via a fan account, she replied, “Well [let] me unfollow her back.”

However, as of Friday afternoon, Jayne follows Beauvais on Instagram again, so it appears she has changed her mind.

Stracke, for her part, has decided to follow Jayne back and “be the bigger person.”

A source exclusively told Page Six on Friday, “Sutton was tired of the drama online and wanted to be the bigger person. She doesn’t need to engage in a fight that’s between Garcelle [Beauvais] and Erika.”

The “Real Housewives of Beverly Hills” cast, which, aside from Beauvais, Stracke and Jayne, includes Kyle Richards, Lisa Rinna, Dorit Kemsley, and Crystal Kung Minkoff, is currently on a trip to Aspen.

The current feud will likely play out on the series when Season 12 premieres. A date for the new season has yet to be announced.

Reps for Beauvais and Jayne did not immediately return Page Six’s request for comment.